LANCASTER COUNTY, Pa. — Anglers, be on the look out for this invasive species, nicknamed ‘Frankenfish’, which eats other fish. The Northern Sn... 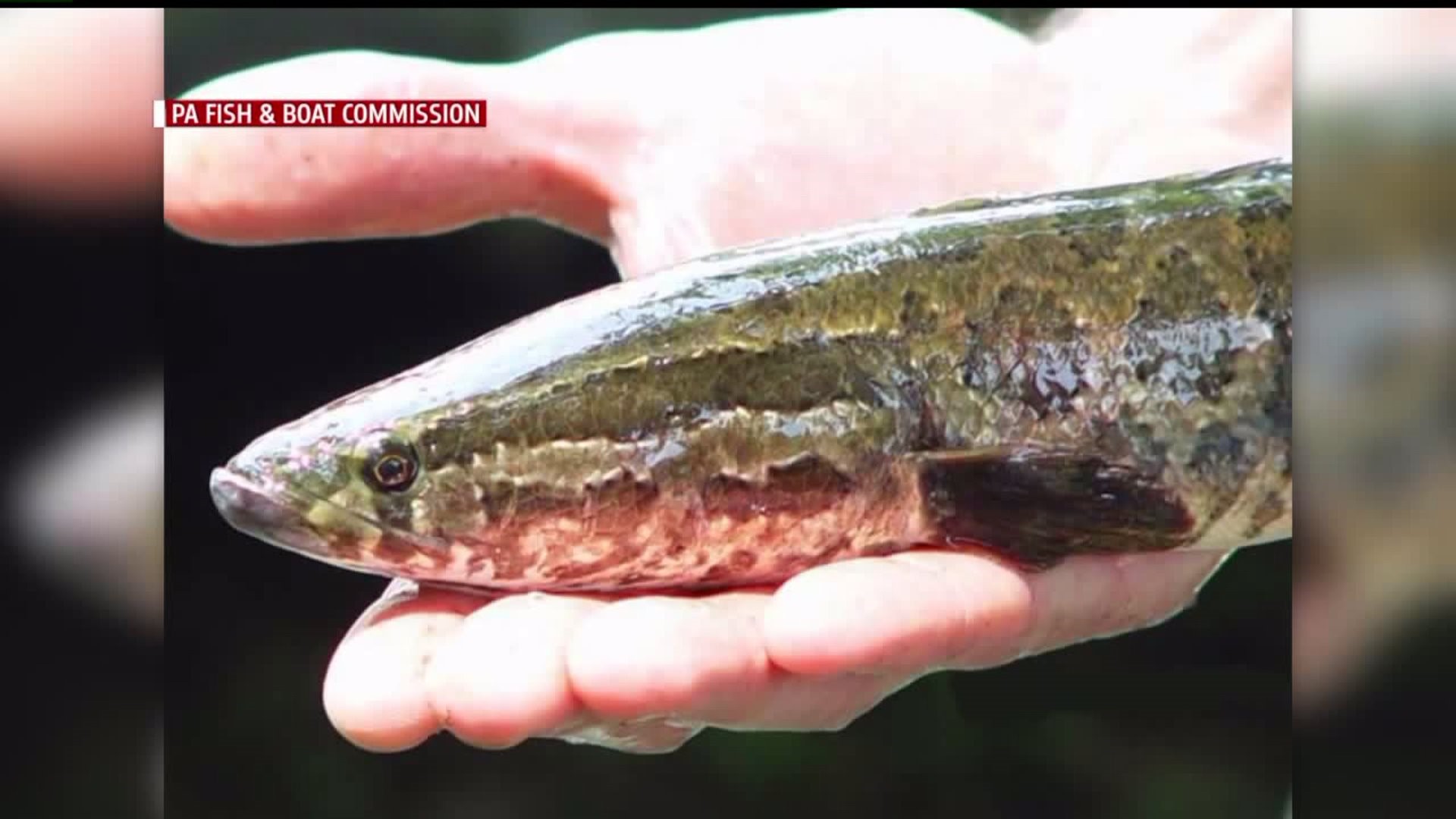 LANCASTER COUNTY, Pa. -- Anglers, be on the look out for this invasive species, nicknamed 'Frankenfish', which eats other fish.

The Northern Snakehead has been found in the Octoraro Creek in Little Britain Township.

The fish is similar to Bowfin, described as a long, narrow species of fish with a long dorsal fin.

The snakehead is native to China, Russia, and Korea.

Some people believe the snakehead can walk on land, but officials say that's not true.

The fish can wiggle if ground is wet, but mostly, the northern snakehead travels through moving water like rivers and tributaries.

The arrival of the fish in Pennsylvania is concerning because experts say it's aggressive and they don't quite know the impact yet.
"They have teeth, and they are a fish eater. They're an aggressive predator, and they guard their young and so any fish that guards its young usually has a high rate of successful reproduction," said Andy Shields, the director for the Bureau of Fisheries with the Pennsylvania Fish & Boat Commission. "We don't really know what their effect or impact is in Pennsylvania other than we have them in places where we haven't and people catch them."
If you catch one, officials say your best bet is to grill it up and eat it.