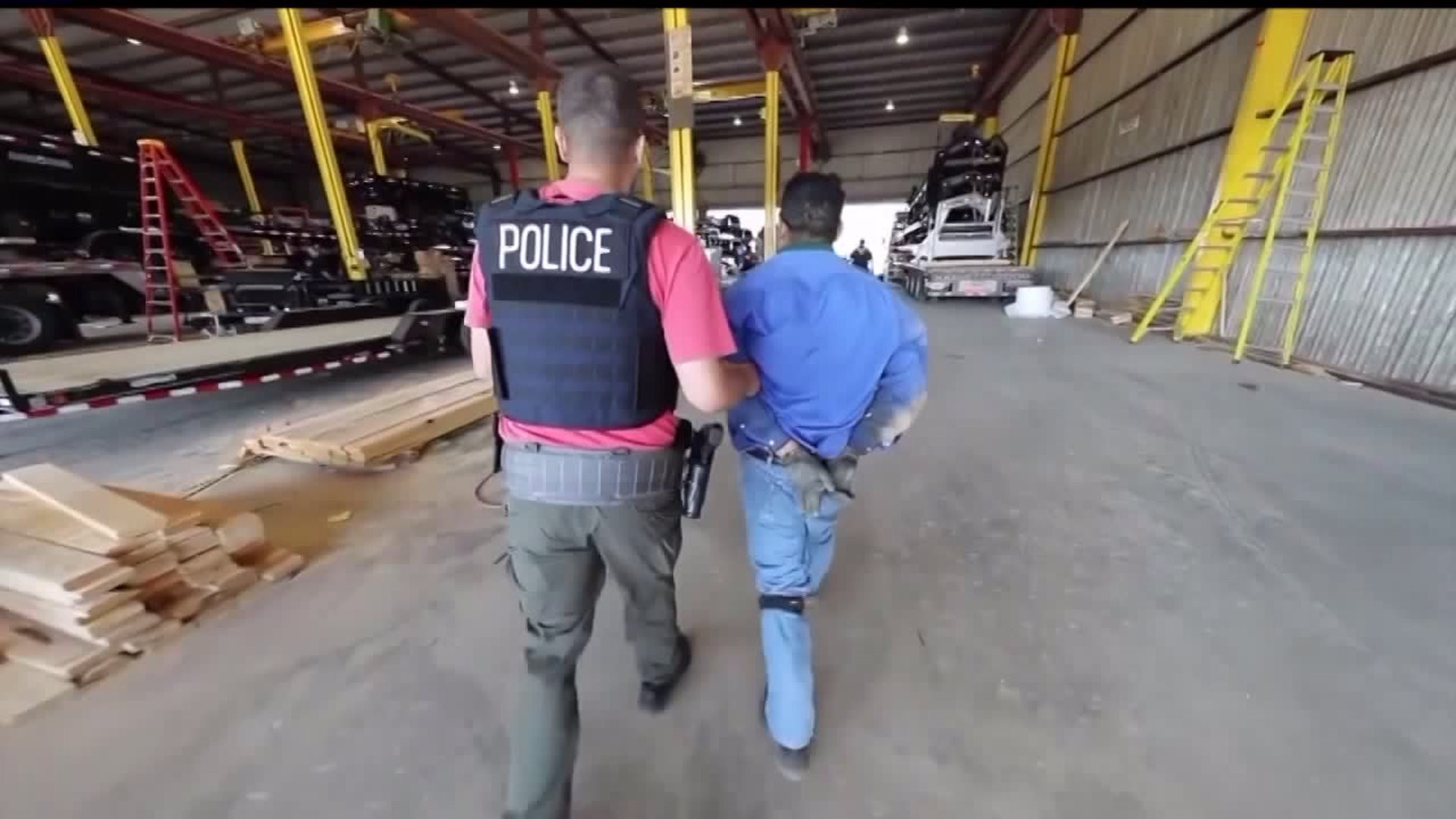 "There is definitely a fear," said Desi Burnette, statewide coordinator for Movement of Immigrant Leaders Pennsylvania.

She says, the fear is specifically among children in immigrant communities. The kids are worried their families will be separated as ICE raids are set to begin nationwide Sunday. Burnette says, all immigrants here, legal or not, should know the U.S. Constitution is still applied to all equally.

"Regardless of immigration status you have a right to remain silent," said Burnette. "You may ask, 'May I go? Can I leave?' So, if folks are looking for someone else you don't have to stand there and talk to them you can go."

An ICE spokesperson tells FOX43, the agency can not offer specific details related to enforcement operations, and issued this statement:

Due to law-enforcement sensitivities and the safety and security of U.S. Immigration and Customs Enforcement personnel, the agency will not offer specific details related to enforcement operations. As always, ICE prioritizes the arrest and removal of unlawfully present aliens who pose a threat to national security, public safety and border security. In fact, 90 percent of aliens arrested by ICE's Enforcement and Removal Operations component in FY2018 had either a criminal conviction(s), pending criminal charge(s), were an ICE fugitive, or illegally reentered the country after previously being removed. However, all of those in violation of the immigration laws may be subject to immigration arrest, detention and - if found removable by final order - removal from the United States.

However, Burnette and other immigration advocates say, they believe ICE is creating a false narrative that immigrants are bringing crime and drugs into the country.

"It's kind of dehumanizing to talk about folks who immigrated here to escape their situations," said Tammy Rojas, Lancaster Healthcare Rights Committee Co-Coordinator. "And the dehumanizing narrative kind of needs to stop."

Raids are expected to happened between 3a.m. - 5a.m. Sunday.