HARRISBURG, P.A. — Pennsylvania is one of only four states in the U.S. that does not hold felony charges for DUI, or Driving Under the Influence. In light... 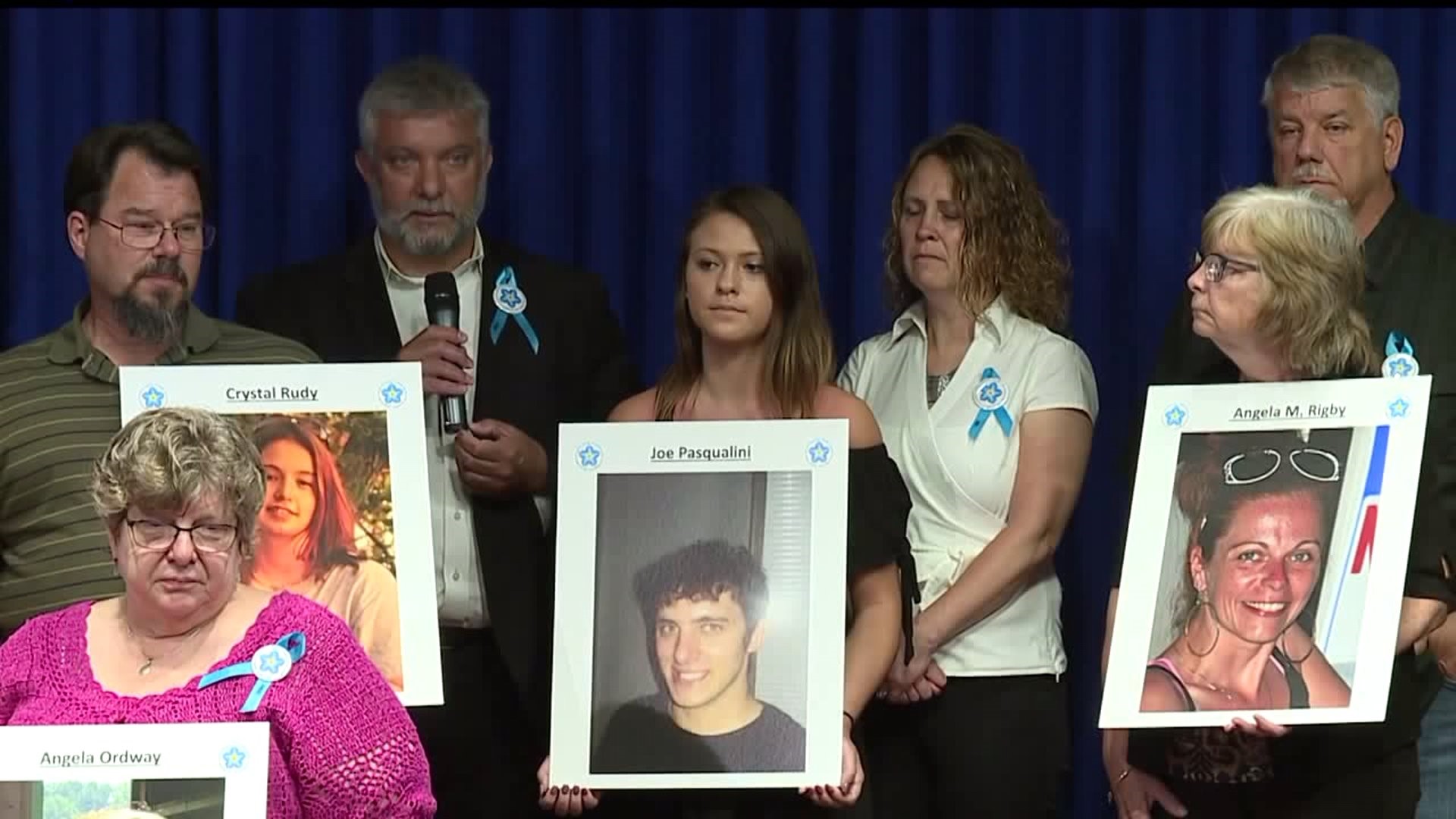 HARRISBURG, P.A. --- Pennsylvania is one of only four states in the U.S. that does not hold felony charges for DUI, or Driving Under the Influence.

In light of that lawmakers joined families from PAPAID, or Pennsylvania Parents Against Impaired Driving, who've lost loved ones in DUI-related crashes, pushing for stronger penalties for repeat DUI offenders.

The members of PAPAID have lost a total of 32 sons, daughters or loved one.

Jim Pasqualini lost his son, Joseph, as a result of injuries sustained after an intoxicated driver struck him.

"His plan was to join the United State Air Force, that never happened. All the dreams that these people had were snuffed out because of the irresponsible decisions of others," said Pasqualini.

They're pushing for the passage of Senate Bill 961, which proposes some of the following penalties:

1) Increase penalties for driving while under license suspension due to prior DUI conviction including:
· Repeat convictions
· Involved in crashes with injuries or fatalities

3) Increase penalties for Aggravated Assault by Vehicle while driving under the influence, when offender has suspended or revoked license due to prior DUI conviction.

4) Create felony penalty for 3rd time DUI conviction within 10 years, if third offense is high BAC of .16 or higher, all other cases, at 4th offense. It should be noted that PA is one of only 4 states that does not treat repeat DUI as a serious and dangerous crime.

"Nobody wants to be a part of this club and maybe this is a way we lessen those numbers so there's not more of us on the stage next time," said Kelli Dolan, who lost her nephew, Zachary Gonzalez, when he was struck by an intoxicated driver while riding his bike.

Proponents of the bill, including Lancaster County District Attorney Craig Stedman, said they believe the current penalties in Pennsylvania are far too lenient.

"In Pennsylvania, if I steal a pen three times...Three times...It's a felony. But if you commit a DUI and get behind the 4,000 pound missile and you're risking peoples' lives...It's not a felony unless you kill somebody and by then, it's too late," said Stedman.

Tim Barrouk with the McShane Law Firm said he believes the argument about leniency is too focused on misdemeanor versus felony, saying a first degree misdemeanor carries up to five years in jail in PA.

He said prevention devices, such as interlocks and SCRAM bracelets, alongside treatment court, can do more for repeat offenders, as opposed to more jail time.

"You can't put people away forever. I think our resources are better spent on trying to cure the underlying issues so that person isn't a threat whenever they are back out on the streets," said Barrouk.

Senate Bill 961 passed through the Senate.

It now awaits consideration in the House Judiciary Committee before it would go for debate on the House floor.