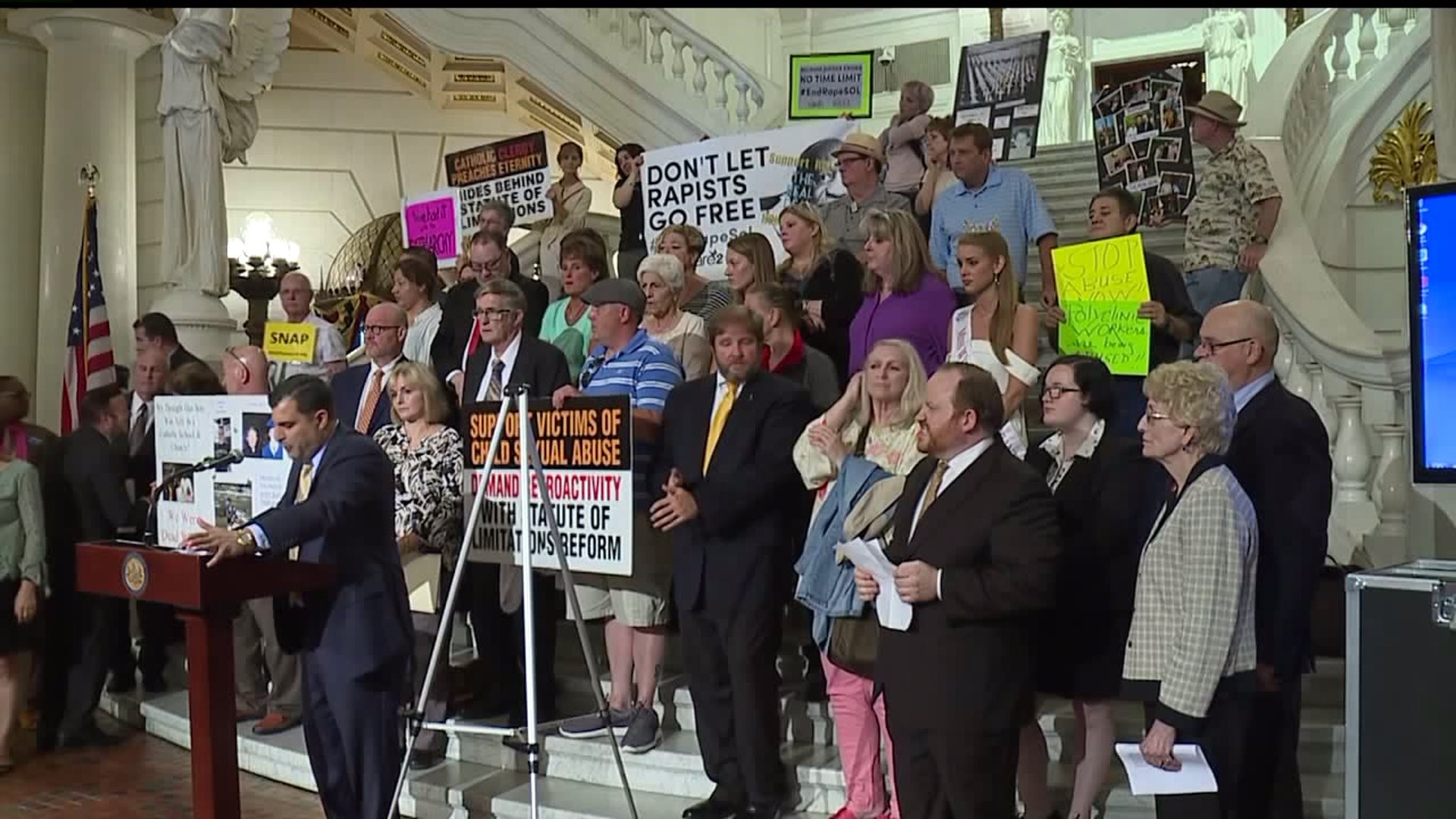 Currently in Pennsylvania, someone who was sexually abused before their eighteenth birthday has until they're 30-years old to file a civil suit.

The age limit for a person to bring forward a criminal case is 50-years old.

House Bill 612 proposes to eliminate the criminal statute of limitations while providing a two-year window of opportunity for anyone seeking a civil lawsuit after exceeding the age limit, with the burden of proof going on the accuser.

A House Bill 612 co-sponsor, Representative Mark Rozzi (D-Berks) says he was sexually abused by a priest when he was a teenager.

While he says childhood sexual abuse can happen anywhere, a looming grand jury report puts the Catholic church under the microscope.

"Childhood sex abuse is a plague that has scourged this state and beyond," said Rep. Rozzi.

A grand jury is preparing to release a nearly 900 page investigation of sexual misconduct at six Catholic diocese in Pennsylvania.

Officials say they expect the report to be released by the end of this month.

"What you're going to hear is going to rock your faith. You're going to say to yourself 'How could I be part of this?' And I expect a number of church pews being empty after this," said Representative Patrick Harkins (D-Erie)

FOX 43 reached out to the Pennsylvania Catholic Conference for comment on the legislation.

Amy Hill, spokesperson for the Pennsylvania Catholic Conference, issued the following statement: "In light of the upcoming grand jury report, we do not believe it’s appropriate at this time for us to discuss legislative issues."

One survivor in attendance Tuesday was Teresa Lancaster.

She was known as "Jane Roe" in a 1995 lawsuit against a priest and the Archdiocese of Baltimore, which is now documented in a Netflix series, "The Keepers."

Her case was thrown out due to statutes of limitation.

“Survivors deserve their day in court...Their day to be heard. This would protect others. We need change, we need transparency and I want the bishops held accountable,” said Lancaster.

Kristen Houser, Chief Public Affairs Officer with the Pennsylvania Coalition Against Rape (PCAR), said it takes time for victims of childhood sexual abuse to understand what happened to them.

"There is no normal timeline for victims to report childhood sexual abuse," said Houser.

She said it sometimes takes a victim to have children of their own to come forward.

"Enables them to really recognize that they were manipulated, that they were bullied into being silent, that they've had fear about telling the truth about what happened to them," said Houser.