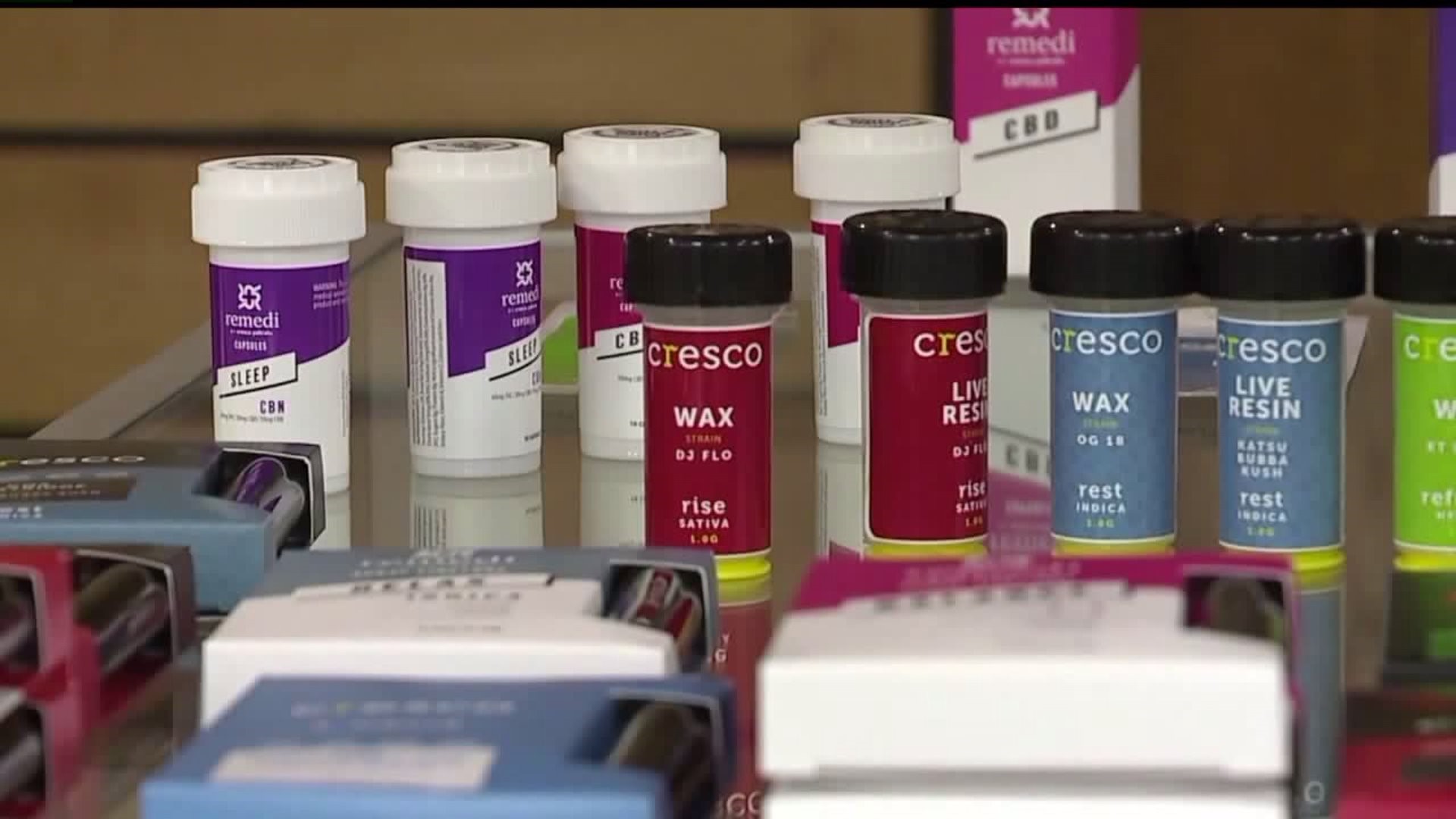 HARRISBURG, Pa.  -- Changes to Pennsylvania's medical marijuana program are being considered by the Department of Health.

A medical marijuana advisory board wrapped up its discussion on the program Monday, as members voted on a series of recommendations.

What, if any, changes to the program medical marijuana patients may see is now in the hands of the Secretary of Health.

Getting access to medical marijuana in Pennsylvania was a journey that took nearly two years for patients. Discussions are underway to determine where the program goes next.

Patient advocate Luke Schultz said "not only am I a patient, I have family members who are patients, many friends. So, to be able to have a voice for those people who otherwise don't have a voice in this issue is an honor."

Allowing the addition of dry leaf as another form to be sold in dispensaries is one thing board members unanimously support.

"This would allow the patient to spend less out of pocket, when they go to the dispensary, because the dry leaf material is always going to be cheaper in price than a processed form," Schultz said.

Pennsylvania Department of Health communications director April Hutcheson said "that was one of the things that they did approve unanimously, as well as expanding the conditions to include palliative care, which is end of life care."

Dry leaf is a form of the drug that many patients have been looking forward to being available.

"They obviously have serious medical conditions, so they have a lot of medical bills, many of them are on disability, they can't work, or they can't work to their full potential, so cost is always a major concern to the patient community," Schultz said.

There would be an exception what form patients could find dry leaf at a dispensary.

Dry leaf may be administered in different ways, however, the state simply doesn't allow it to be sold as a cigarette.

Another recommendation to the program includes using medical marijuana to treat addiction.

Medical Marijuana Advisory Board member Molly Robertson said "anything that we can do to help, help them get off the heavy drugs, I think is a positive."

the board also discussed allowing doctors to opt out of signing up to be on the public list, which could help open the program to more physicians.

"Because if their family doctor wants to sign up for the program to treat them personally, then that patient doesn't have to go out searching for another doctor," Robertson said.

The recommendations for more forms of the drug, more treatments, more doctors, and more conditions covered are just a few of the suggestions board members have for the evolution of medical marijuana in Pennsylvania.

"Very excited, very excited, and I'm very proud, and I'm proud to be a part of this. I will say that it has been a pleasure working with everyone involved," Robertson said.

"The next step is the Secretary of Health will take these recommendations, consider them, and then make her final determination which will then publish in officially in the Pennsylvania bulletin," Hutcheson said.

The Secretary of the Department of Health has one year to consider the recommendations of the advisory board.