MCSHERRYSTOWN, Pa. — An Adams County veteran was honored for his service in a big way, at a big game. Upon meeting Stephen Weaver two things are obvious. ... 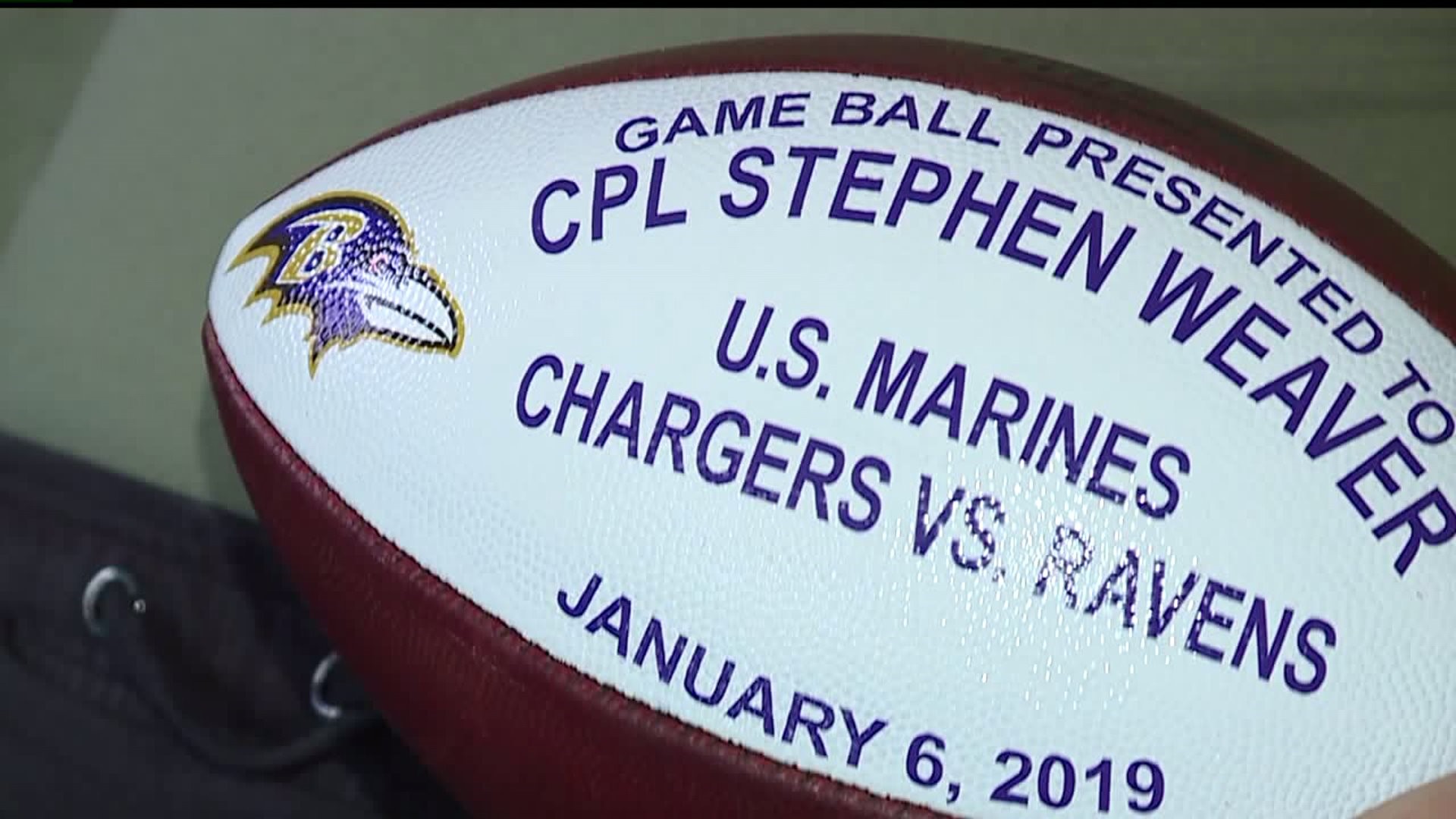 Upon meeting Stephen Weaver two things are obvious. The first, he's a proud Vietnam veteran. The second, he's a fan of the Baltimore Ravens.
"I missed one game in 20 years because I was in the hospital," Weaver said. "But yeah we go to all of them. We don't miss them."
Weaver was medically discharged from the Marine Corps twice. A two-time purple heart recipient. It's how he lost his arm when he was 19.
"It was an anti-tank mine that was booby-trapped and a marine stepped on it behind me and he was killed, and another marine was killed," Weaver said.
It's not something they talk about often, but his son Wally,  has always viewed his dad as a hero. And for the past 22 years, their family has gone to Ravens games together. Each week, they watched as someone was honored as a Hometown Hero during the game. Wally's next move was a no brainer.
"He was really deserving of it, he's not one to toot his horn," Wally said. "He doesn't just want praise or recognition for what he's doing for his country. It was special he was chosen."
He was nominated, then chosen. Weaver was presented with a personalized football after he delivered the game ball to the head official for the coin toss. Even meeting some big stars like Michael Phelps and former players Ray Lewis and Todd Heap, to name a few. Wally never felt more proud to be his son.
"He's an amazing father," Wally said. "He's lived with this disability since he was 19 or 20 and he's no different than any other dad. He never complains about it. Not once. Nope. Never, 'why me,' just an amazing dad."
"I don't consider myself a hero," Weaver said. "I consider the 52,000 names on the wall in Washington. They're the real heroes."
Spoken like a true Vietnam Veteran.