Activist aim for legislation decriminalizing and legalizing marijuana in PA 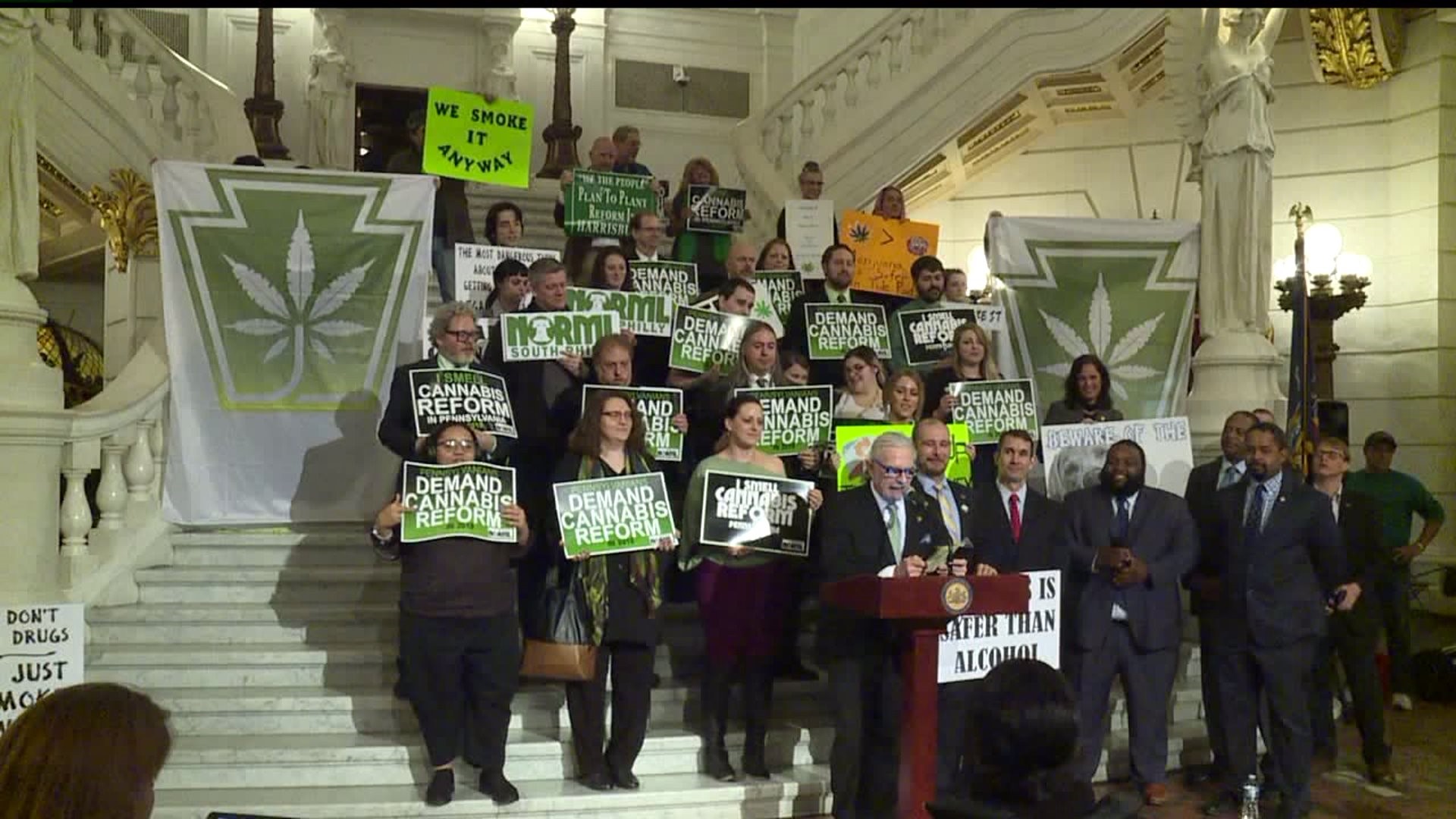 Proponents of lessening penalties for marijuana use and possession believe now that medical marijuana is legal in Pennsylvania, the time for further legislation is right.

"We are your friends, we are your family, we are your co-workers and your neighbors. We are good people who do not deserve to be arrested for making this simple choice," said Jeff Riedy, Director of National Organization for the Reform of Marijuana Laws in Lehigh Valley.

A handful of cities across the commonwealth, including Pittsburgh, Philadelphia and Harrisburg, currently have ordinances in place lessening the penalty for possession of marijuana.

Activists want those lighter rules across the state.

"We need to stop arrests, we need to clear records, we need to offer pathways to legitimacy for our underground cannabis market today," said Chris Goldstein with NORML Philadelphia.

Pennsylvania Auditor General Eugene DePasquale said the legalization of marijuana would bring the state a minimum of $200 million, per year, in new revenue.

"That's money we could put back into our school system, not have to worry about jailing people. By the same token, help our economy grow because new businesses get created," said DePasquale.

Speakers at the rally Tuesday morning were critical of U.S. Attorney General Jeff Sessions, who issued a memo on January 4 directing U.S. Attorneys to enforce federal laws prohibiting the use and possession of marijuana.​

"There is nothing the attorney general of the United States can do to force Pennsylvania to re-criminalize marijuana *should* it move forward and end the criminal stigma," said Justin Strekal, National Political Director for NORML.

With medical marijuana now legal in the commonwealth, some elected officials believe it's unfair to hold previous marijuana offenses against individuals.

"It is unconscionable that corporations and companies will now be able to make money off of medical cannabis, but guys and women in my district are still being hampered by their criminal record for doing the same exact thing," said Rep. Jordan Harris.

There are two bills circulating into committee: House Bill 195 and House Bill 928 that look to address the decriminalization of marijuana, state-wide.

Activists say they look to reduce charges of up to an ounce of marijuana from a criminal misdemeanor to a "summary offense" or non-traffic citation.