Halifax children punched in face, locked in bedroom, had no heat and no food 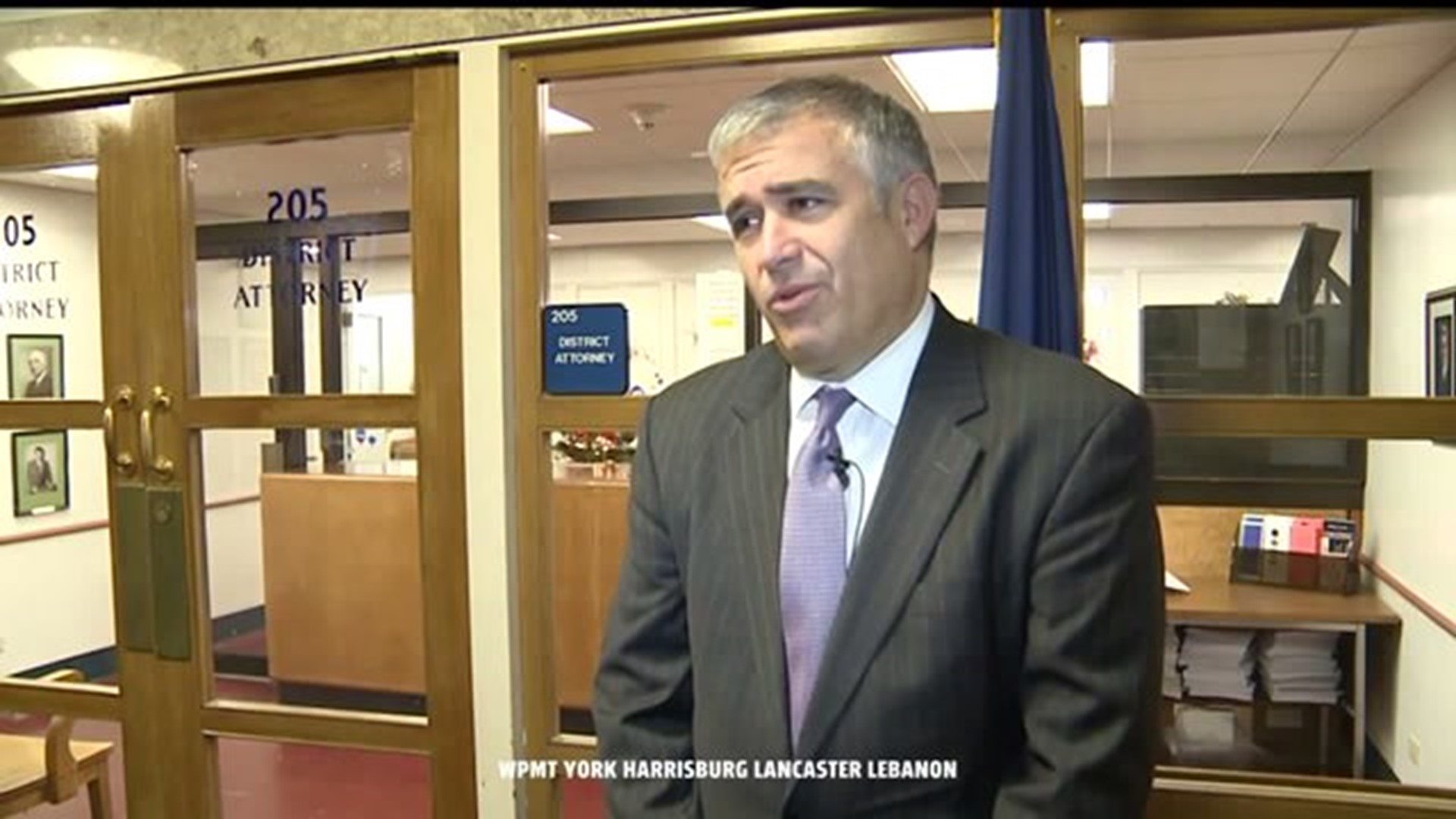 HALIFAX TOWNSHIP, Pa. -- Details of the abuse and neglect that three Halifax children endured are forthcoming.

The children were ages 4, 5, and 6, according to the police report. Marsico says their deterioration took place over a three-month span.

"These were healthy kids, and while they were in their custody, these parents neglected them, starved them to such an extent they ended up the way they did," Marsico said. "We're prepared to prove they neglected these kids to such a point that they were near death."

The Weyant's were housing 10 individuals, who resided along with the three young children. The children were ages 4, 5 and 6, an affidavit explains.

The children were found to be in extremely poor health, appearing frail and weak, extremely thin, with identified bruising and abrasions upon their bodies. Photographs were taken of the children that depict them to be extremely underweight and malnourished. The children were independently interviewed by investigators.

Investigators confirmed details of the story of the children. While interviewing the alleged mother, Brandi told investigators she believed none of the children are biologically hers or her husband's. She included in her testimony that Joshua threatened her and told her not to feed the children, or else she would get in trouble.

According to the affidavit, Brandi said she had asked for help, adding that when he was sleeping, "she would sneak the children snacks so that Joshua wouldn't know."

She said "that all of the victims slept in the dilapidated bedroom at night, and if the door was locked, she wasn't responsible for locking it."

The children's presence could be seen throughout the home's exterior. A basketball hoop sat in the driveway. A treehouse was built in the backyard, along with a slide in the shape of an elephant.

However, the children told police they were rarely let outside their locked bedroom, let along outside the house. Neighbors said they constantly saw people go in and out of the home, but were unaware children were living inside.

Denise Rickert, a mother of three who lives across the street, said she was dumbfounded to hear of the abuse allegations.

"No matter if you wanted them or not how could you perrsoanlly do that to those kids?" she asked. "Those kids are innocent. I feel heartbroken."

Sean Bobb, a local property owner, was much angrier when he heard what state police found.

"I'm disgusted," he said. "How could you put your children through what these people put their kids through? Makes me sick."

Of the people still living in the home, a family friend who wished to remain anonymous told FOX43 he thought the children were lying, because he personally fed them an apple every day for breakfast. He said the kids' bodies deteriorated so much because all they ate were sugary foods.

The family friend admitted the family tried to keep the children in the room, but they were some times able to escape.

"We couldn't control it. We couldn't lock their door. They had to go to the bathroom and they would sneak out of the room and sneak back in without us noticing," he said.

As Joshua began to drink more heavily, problems began to escalate, she told investigators. The children were withheld from school, as well, which Joshua claims because he and Brandi had not completed the proper paperwork, and that he would teach the children at home. Alleging the children last saw a physician in 2014 through Pinnacle Health, he stated his mental health caseworker had seen the victims every time she came to their home, which he said, would not match all of the accusations of physically abusing them, and hygienically neglecting them.

The children were taken to Penn State Hershey Milton S. Hershey Medical Center emergency room for care. While there, they were weighed. The 4-year old, considered to have been given special treatment by Josh, weighed 26 pounds. The 5-year old girl weighed 23 pounds, and the 6-year old boy weighed 27 pounds. Their body temperatures measured 94 degrees.

The couple has been charged with aggravated assault, criminal conspiracy, false imprisonment, unlawful restraint, and endangering the welfare of children.

Halifax children punched in face, locked in bedroom, had no heat and no food