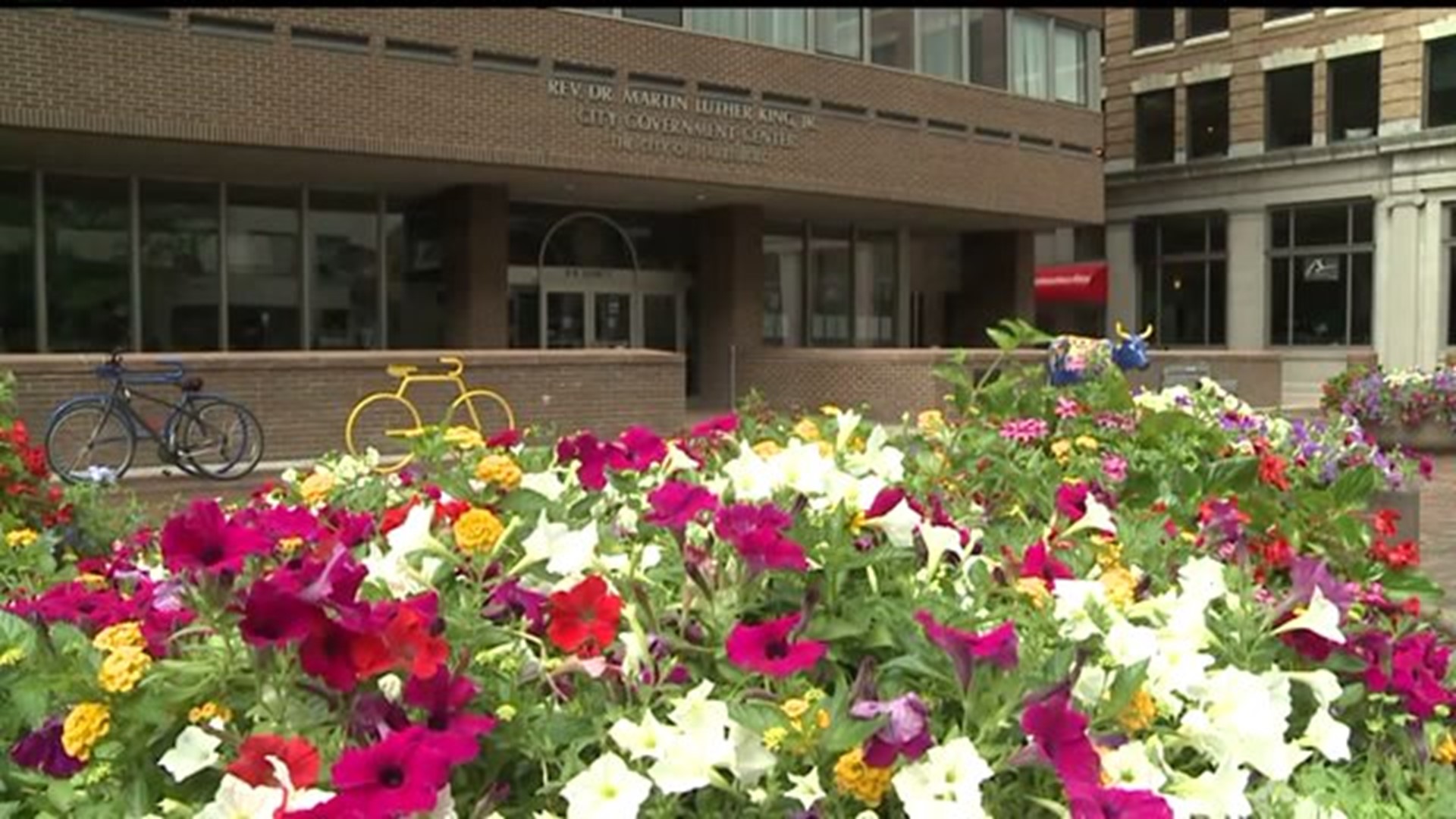 On Tuesday, less than 24 hours after a campaign rally at Cumberland Valley High School, Trump insulted Pennsylvania's capital city as he described flying into the region Monday night.

"I looked down, and I looked at, it looked like a war zone where you have these massive plants, and you can see 25 years ago, vibrance. Families being taken care of. Work. Education. Health care. People working. It's all in Mexico now. The businesses have moved to Mexico. And other places."

Trump made the comments at a rally in Ashburn, Virginia.

Mayor Eric Papenfuse was unavailable for comment, but his spokesperson, Joyce Davis, said city leaders were not expecting to get thrown into the latest controversy by the Republican presidential nominee.

"It was simply surprising that someone who is vying to lead the country would make a description of a city based on a flyover," Davis said. "Factories, and plants; that's not Harrisburg."

Trump's remarks indicated his desire to regain lost jobs in the region. However, according to the regional data, Central Pennsylvanians are working now more than ever before.

According to figures given to FOX43 by Harrisburg Regional Chamber President Dave Black, the unemployment rate in the Dauphin-Cumberland-Perry County region was at 4.5%, below the state and national average. Also, the workforce is up to 303,000 people, which Black says is the largest in history for the three county region.

"This is a fairly strong region economically," Black said. "The numbers are a sign of a growing region. People are moving into the region. Out workforce is growing."

Black also indicated he thought Trump was referring to the factories and plants of Steelton, and not Harrisburg, and criticized the Republican nominee for painting an inaccurate picture of the region from looking at in the sky.

Jeffrey Lord, a CNN contributor and Trump supporter who lives in Camp Hill, defended his candidate by saying Trump was "loosely speaking about the Harrisburg area."

Lord said Trump making comments about a "war zone" was in reference to the city's blight and crime rate. In 2015, according to state crime reporting data, Harrisburg had the state's second-highest murder rate per 100,000 people. However, according to FBI figures, its number of total violent crimes was at its lowest since 2005.

"Clearly all he was doing was looking down at a plane but looking at photos its not good," Lord said of Harrisburg's inner-city. "Harrisburg has had it's problems."

"We know we have problems that we're grappling and dealing with," Davis responded. "But to have someone on a national and international stage disparage the city and its appearance just willy nilly, not even taking time to see what this city is really like, it's disappointing."

The Dauphin County Republican Party declined comment for this story. FOX43 reached out to the Pennsylvania GOP offices as well as Congressman Scott Perry, both of which did not return attempts to contact.