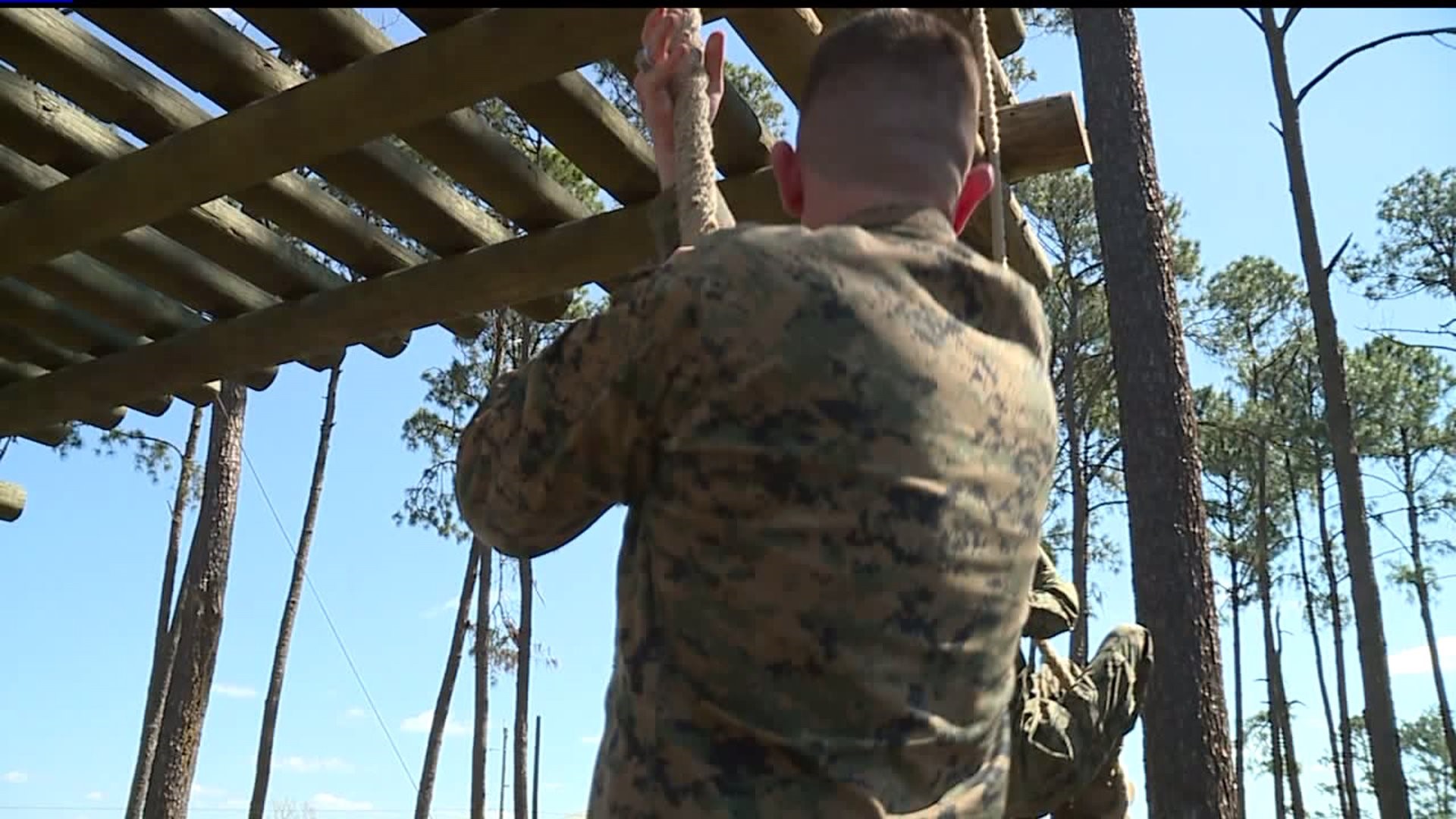 It may be one of the most nerve-racking bus rides of a person's life, the journey to becoming a Marine.

Except these are not recruits - they're teachers, coaches, and principals from Pennsylvania, taking part in an educator's workshop.

They're treated just as a recruit would for 3 days... as are we.

"I was scared. I was nervous. I didn't know what to expect," said Sharice Johnson, an educator from Milton Hershey School in Derry Township.

She's new to the Marines.

"The most challenging part was just being confident, you know. I preach that to my girls, and had to say, 'you know, you're confident. You can do this,'" she said.

Day one: it's a sunrise bus ride to Parris Island in South Carolina.

We're ordered to get off and to step on the yellow footprints where thousands of Marines have stood before.

Then, it's time to meet our drill instructors, the men and women responsible for shaping recruits throughout 13 weeks of boot camp.

After a brief introduction, we begin learning basic drills and how to work as a unit, sprinting when we can't be a team or learning discipline in the sand pit.

We don't have to take part in the confidence course, but almost everyone chooses to. It's made up of obstacles which build upper body strength; it shows what each person is made of.

Captain Keith is with us every step of the way explaining why recruits do certain things. He says confidence is the key to overcoming all of boot camp.

"We're going to put them through the rigors that show them, 'you can accomplish this," he said.

On one confidence course obstacle, I try my hardest, but it's not enough.

Still, it's back up and onto the next hurdle because I have to finish.

If the recruits make it through the first month, it's onto phase 2.

They start focusing on the Marine's core values.

"Honor, courage, and commitment- we're trying to instill our core values into their lives with everything we do," said Capt. Keith.

And training with their rifles.

At this point, recruits have developed some strength and some confidence.

They're going to need it for phase 3.

"We need one defining moment, one singular thing, that transforms a recruit into a United States Marine," said Capt. Keith.

"All of the things they do in the crucible, they've been exposed to them before," Capt. Keith explained.

54 hours where recruits are tested on everything they've learned, doing so hungry and without much sleep.

"You have to use that Marine Corps family to support you in getting through that crucible," said Keith. "You have to do more than you ever thought you were capable of doing."

The culmination of the recruits training, and if they pass, the first time they are called Marines.