A first of its kind, Guinness World Record attempt at the York Revolution home opener

PEOPLESBANK PARK, YORK, Pa. — A beautiful night for baseball in York County as the York Revolution came out swinging, for the team’s home opener. Ho... 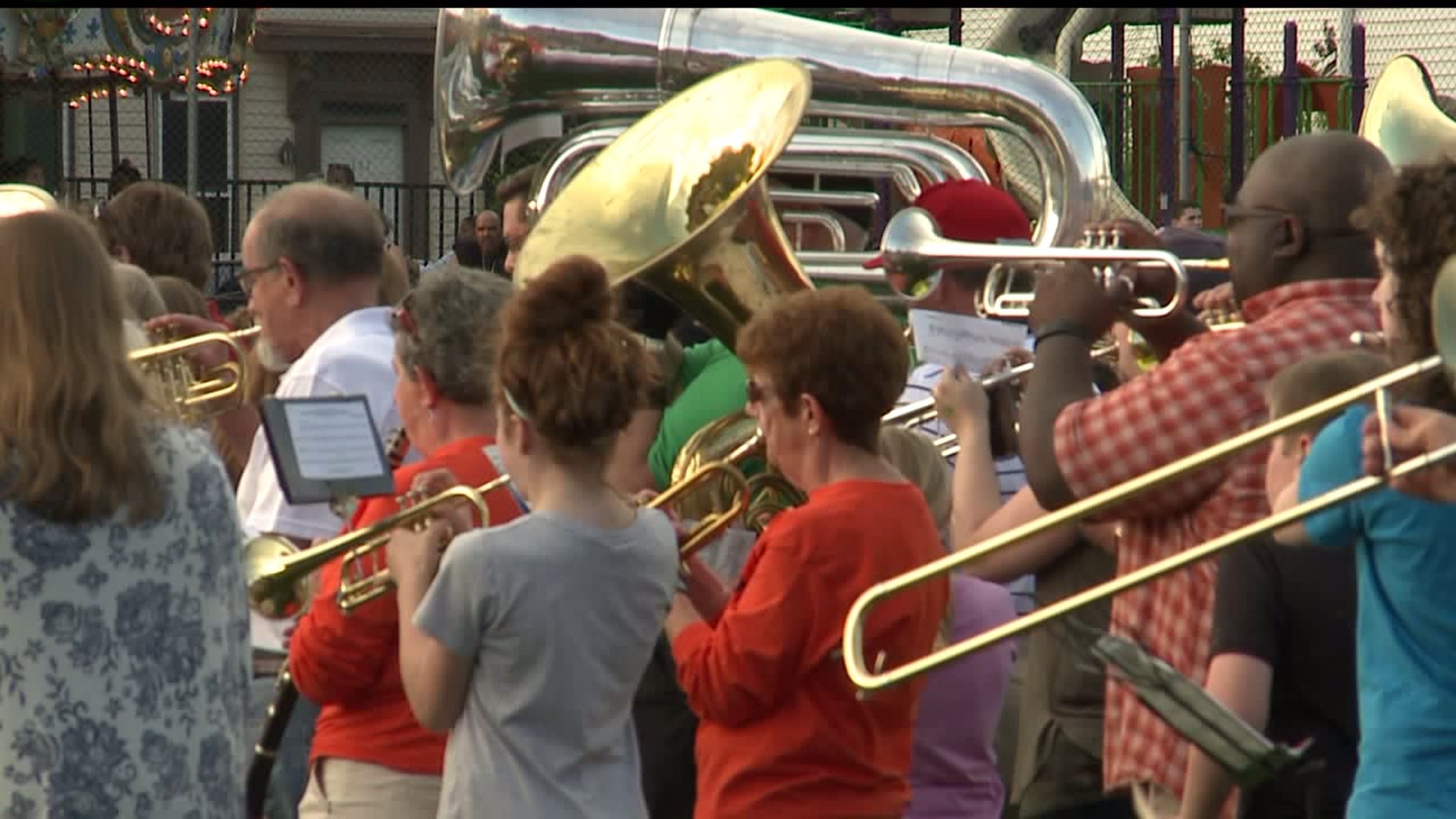 PEOPLESBANK PARK, YORK, Pa. -- A beautiful night for baseball in York County as the York Revolution came out swinging, for the team's home opener. However, it wasn't just baseball on the agenda tonight. The team and fans were also aiming to set a brand new Guinness World Record.

532 people with all types of instruments, attempting to create a new Guinness World Record for the most musicians playing a national anthem at the same time at PeoplesBank Park in York.

From cellos and trombones, to flutes and even free kazoos given out at the ball park, anyone who wanted to play was encouraged.

"It feels amazing. I didn't know I would be a good part of this," said Nicole Gross, from Hanover, York County. She played the flute during the world record attempt.

The potential record-setting kicking off the York Revolution's home opener against the Somerset Patriots - a beautiful night for a ballgame according to one Revolution usher.

"80 degrees and sunny - a perfect day for a ball game," said Mike Schmidt. "Every year, they try to do something unique for opening day... So this is unique," said Schmidt. He's been an usher with the Revolution since they first started, 11 seasons ago.

A spokesman with the York Revolution tells us today's record - if set - is the first of its kind.

"The Guinness World Record folks tell us has not been set before. That's a new record they have not put in the book in the past," said Doug Eppler, the Director of Marketing and Communication with the York Revolution.

In true Guinness World Record style, the Revolution had witnesses standing by, volunteers making sure folks were actually playing, and even people to take photos and video to document the big occasion

And now all that's left is the waiting. Officials with the York Revolution say it could take up a few months before they find out if the 532 musicians playing was enough to create York County history.