LANCASTER, Pa. — Even though it’s freezing outside, police officers still have a job to do, including K-9 units. On bitter cold days like today, K-9 handl... 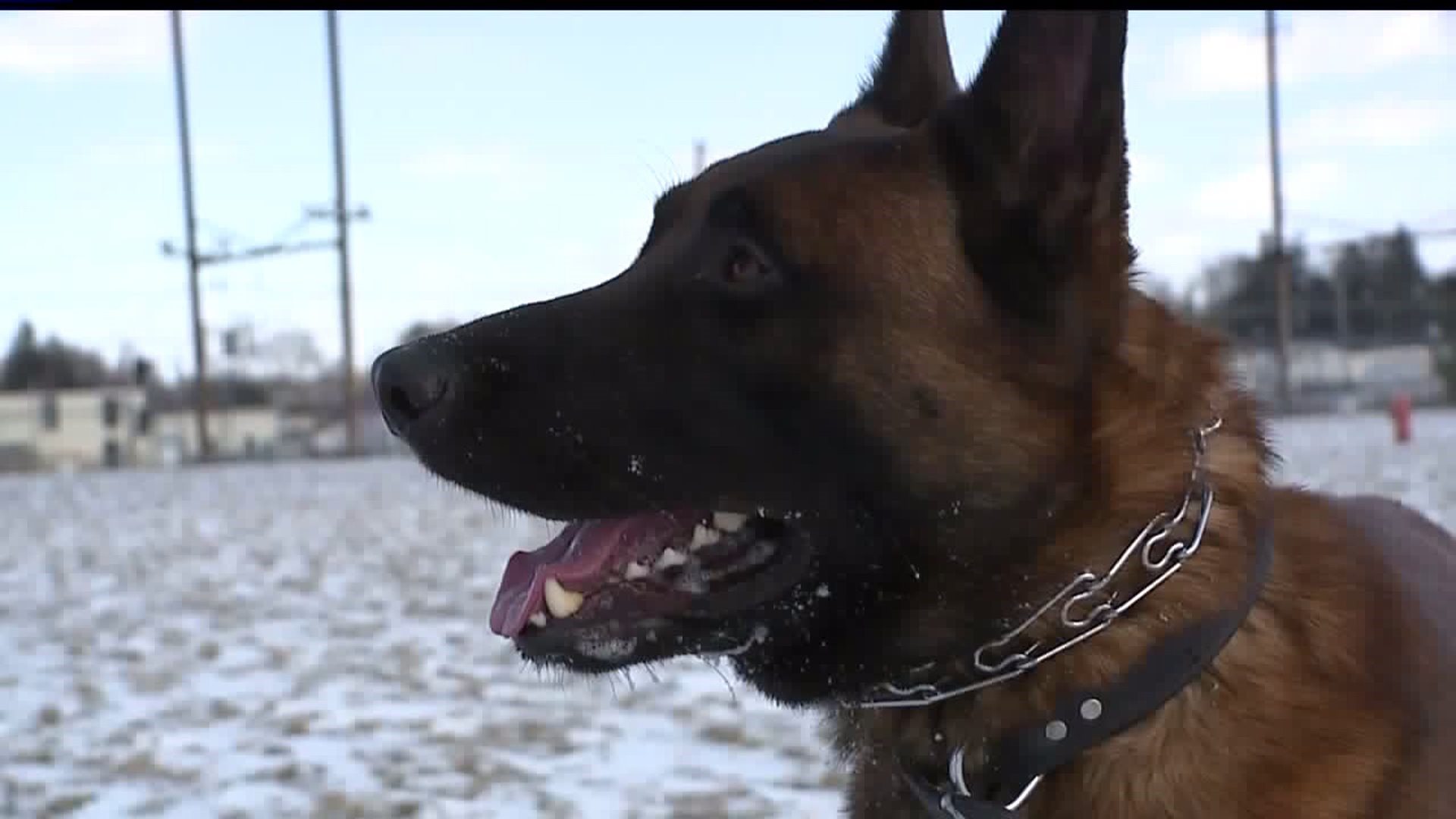 LANCASTER, Pa. -- Even though it’s freezing outside, police officers still have a job to do, including K-9 units.

On bitter cold days like today, K-9 handlers say they have a hard time being outside for long but say their K-9’s are built for the cold, and in fact, they like to play in it.

Officer Ben Bradley and his K-9 partner, Wodan, take a break from work to play fetch in the snow.

"Their ancestors are wolves. Wolves hunt in it all the time, especially in the cold so this is what they’re bred for, made for," said Officer Bradley.

Wodan is a four-year-old Belgian Malinois.

"Malinois and German Shepherds - they’re made for this weather. They can tolerate this cold for a longer period of time than Pitbulls or Chihuahuas," stated Officer Bradley.

Wodan's trained to detect explosives for Lancaster City Police. He wears only a ballistic vest.

"It's like how some people throw jackets or sweaters on their dog. We don’t have sweaters or jackets," explained Bradley.

K-9’s with the department don’t wear boots outside either.

“The issue that comes to play now is the people who start icing the sidewalks now or icing the roadway, is the pellets they put on the road could actually cut them," said Bradley.

Wodan typically doesn’t spend too much time out in the cold when he’s at work. If it gets too hot in the police car from the heater or during the summer, there's an alarm which will alert Bradley.

"When we’re on the streets, I like to him inside the car as much as possible, up until the point I feel he’s needed for a call," said Officer Bradley.

After Officer Bradley and Wodan wrap up at a scene, Bradley checks Wodan from the paws up.

Then, it’s back into the police car, waiting for the next call.

Officer Bradley tells FOX43 all of the K-9 handlers are trained by veterinarians to detect when their K-9 isn’t feeling well. Bradley says usually Wodan can usually sustain the cold longer than he can.