LANCASTER, Pa. — A little boy with a rare form of cancer saves the day in Lancaster. Taiven Schopf suffers from Ependymoma, but you couldn’t tell th... 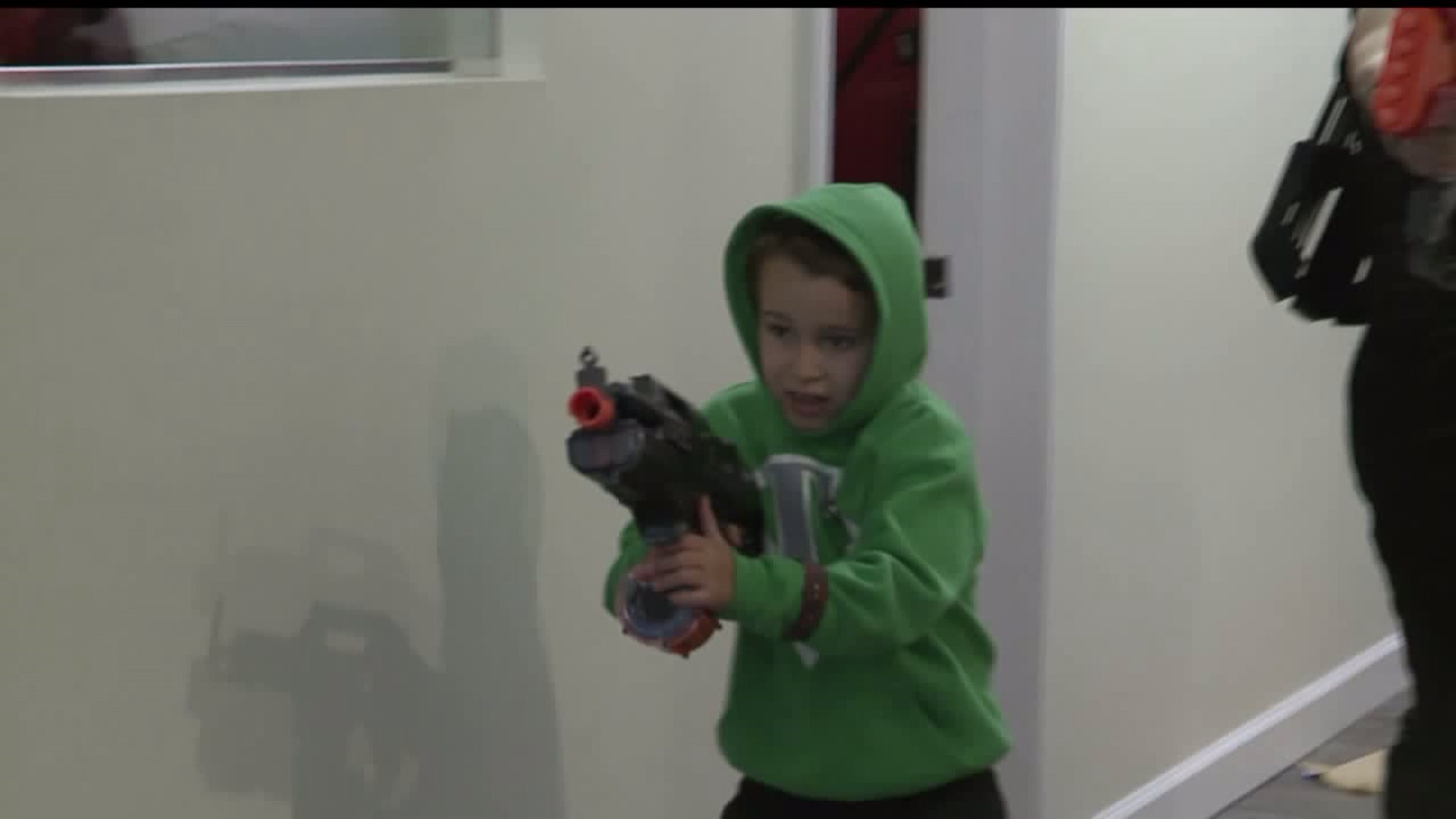 LANCASTER, Pa. -- A little boy with a rare form of cancer saves the day in Lancaster. Taiven Schopf suffers from Ependymoma, but you couldn't tell this afternoon.

He ran around downtown Lancaster -- saving superheroes from some villains and got the chance to just be a kid, despite the diagnosis.

"He's an eight year old boy, he likes playing in the dirty, playing with cars, hanging out at the playground, but he's got cancer so things are limited for him," explained Dean Schopf, Taiven's dad.

Cancer hasn't stopped Taiven, though. He rescues the Central Pennsylvania Avengers in Lancaster, playing a protagonist himself.

He runs all around the city to save Spiderman, Iron Man, Deadpool, and Captain America.

The Central Pennsylvania Avengers and Escape on Queen partnered to make it possible, and Dean says it's just incredible.

"It means we're not fighting alone," explained Dean. "All these people coming together to pull this off for Taiven -- it's incredible."

The kindness of costumed strangers to make a special little boy's dream come true and to help a family in their time of need.

"You get diagnosed with cancer, and for a lot of adults, it's their battle," added Dean. "With kids, it's the family's battle."

Taiven 's family says the diagnosis has been hard on the family, but having the support of friends, family, and strangers has made getting through this tough time easier.

As for Taiven, they say he's a fighter and has been in great spirits through it all.