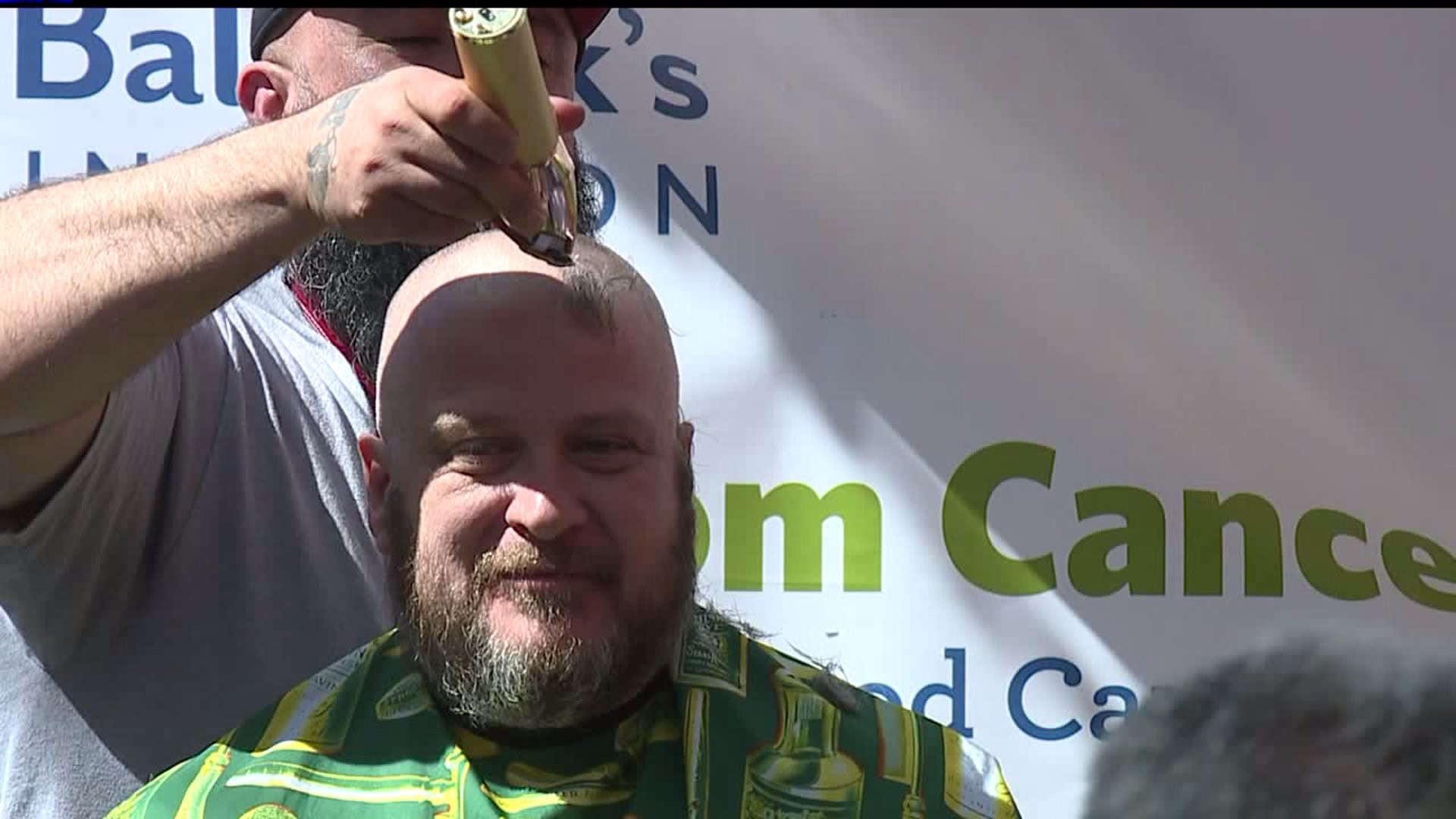 York City police officers and firefighters shaved their heads to raise money for the St. Baldrick's Foundation, a non-profit organization that helps raise money to find a cure for childhood cancer.

Lt. Roger Nestor, with the York City Police Department, said around 30 people signed up for the event, but many more people joined in on the fun.

"This is kind of my wild dreams of our department; our officers uniting with the community doing something fun together, and the community has really hit it out of the park. It's really been a fun time," said Lt. Nestor.

"All the officers you saw today including myself shaving my head. I had to put my hat on because I didn't want to get a sunburn," said YCPD Chief, Troy Bankert, "Nobody was told they had to be here in uniform. They're all here on their own time. They all volunteered to be here, and they didn't just stay for when they got their head shaved or their beard shaved. They stayed, they talked to the kids."

York City Mayor Michael Helfrich also went bald. The goal for everyone at the event was to raise $25,000 dollars.