HALIFAX TOWNSHIP, Pa. — For a third day investigators in Dauphin County have been searching a rural area of Halifax Township, for a 17-year-old girl who w... 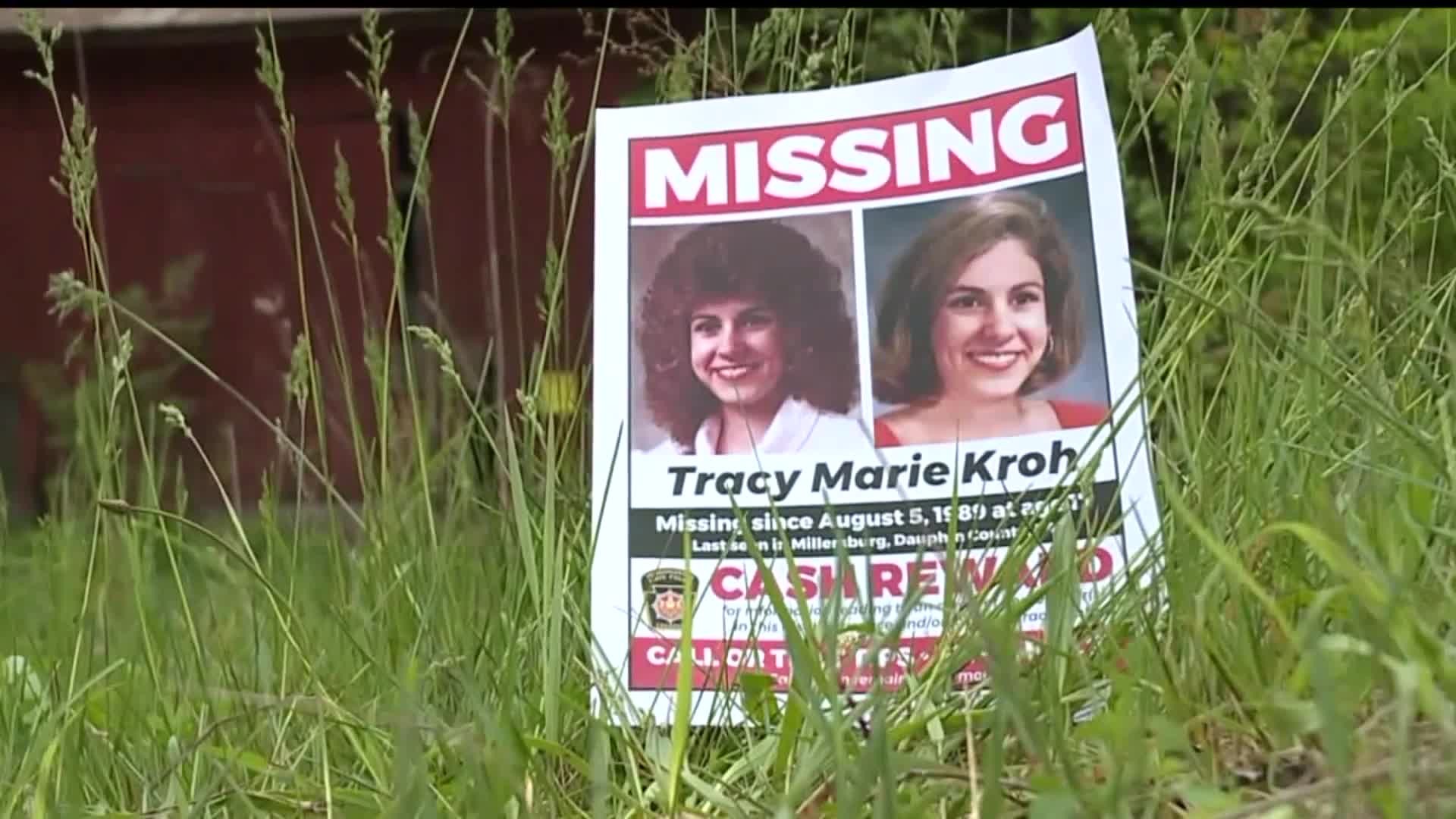 HALIFAX TOWNSHIP, Pa. -- For a third day investigators in Dauphin County have been searching a rural area of Halifax Township, for a 17-year-old girl who was reported missing back in 1989. Now investigators are closer than ever to solving the case.

The Dauphin County District Attorney, Fran Chardo, said he's not naming their suspects, as in more than one.

Ask anyone on Middle Road about Tracy Kroh, and they know.

"Even though she wasn't all of our daughters, our sisters, we kind of feel like she's our family," Gina Gelencser of Halifax, said.

"She was a good, good kid," Clair Shoop, a close family friend of the Kroh's, said. "The whole family was. She was a hometown girl. And she was really short, like her mother and everything, but, darn nice people."

Investigators are not saying much, but with new leads and new technology they do say they're closer than they've ever been.

"We're using all of our resources and we're more focused than we ever were," Chardo said.

Kroh was last seen at the Alex Acres Trailer Park off of Route 147 in Halifax at 10 p.m. on August 5th, 1989.  She was going to visit her sister and brother-in-law who lived there, but they weren't home. She dropped off a barbecue grill and some grocery store coupons on their front steps. No one has seen her since.

"It's effected all of our lives because something like this in a small community has never happened before," Gelencser said. "So we would really hope that, even if it is bad news, at least the family could get closure."

Shoop lives on the same road police have been searching. He's known the Kroh family for years and his boys grew up with Tracy.

"We'd like to know what happened here," Shoop said. "Because we think about it all the time, living so close here."

And so do investigators, who haven't stopped looking for 30 years.

"Everybody whose been involved in this case develops a passion for it," Chardo said. "And we all feel very very strongly that we want to get justice for Tracy Kroh and her family."

There are a lot of rumors spreading around social media. Pennsylvania state police are reminding people not to believe everything they hear. They said they will release new information as long as it doesn't hinder the investigation.