A Dauphin County judge held a hearing Thursday related to a 20-year-old murder case in Harrisburg, in which the convicted killers are seeking to have their conv... 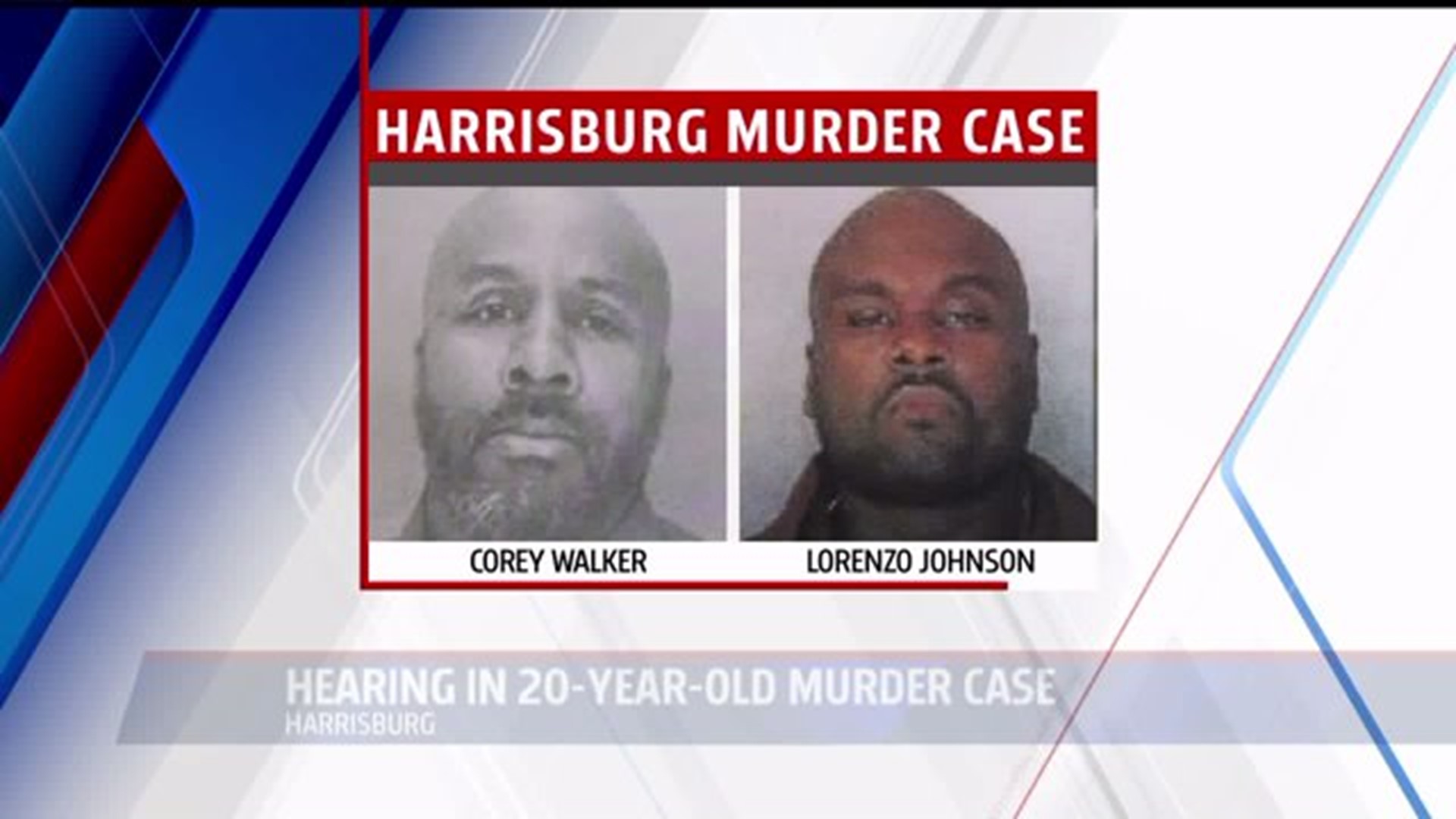 A Dauphin County judge held a hearing Thursday related to a 20-year-old murder case in Harrisburg, in which the convicted killers are seeking to have their convictions overturned.

Corey Walker and Lorenzo Johnson were convicted of first-degree murder in the shooting death of Tarajay Williams.

In 2012, a federal appeals court released Johnson from prison, saying the evidence to convict him wasn't strong enough. The U.S. Supreme Court ordered him back to prison five months later.

Since then, the men have been trying to get a Dauphin County judge to hear evidence in the case and order a new trial.

Thursday's hearing did not touch on the circumstances surrounding the murder, but rather a challenge by the Pa. Attorney General's Office related to Corey Walker's attorney.

Rachel Wolkenstein was granted the ability to represent Walker by Dauphin County Judge Todd Hoover. Attorneys for the state argue she acted inappropriately by communicating with Walker's co-defendant Lorenzo Johnson without the permission of his own attorney.

The Attorney General's Office is seeking to have Wolkenstein removed from the case.

Thursday's four-hour hearing featured testimony from Lorenzo Johnson's attorney, Michael Wiseman. It ended abruptly at 3 p.m. while Wiseman was testifying. There was no resolution to the legal issues raised nor was a date set to continue the hearing.

Walker and Johnson's families attended the hearing. They say they're frustrated by the slow pace of the case.

"Step back and let the truth be revealed. I really think that is what is a necessity right now because it feels like I lost a son," said Walker's mother Cynthia Walker.

Lorenzo Johnson's wife Tazza Salvatto said she's "extremely frustrated. This is absolutely ridiculous. (Lorenzo has) been in prison for almost 20 years for a crime that he did not commit. And, we still cannot get a date for an evidentiary hearing that they agreed to have."

Both men are serving life sentences without the possibility of parole. Attorneys for the commonwealth have argued in court filings that the convictions were appropriate, and that the new evidence the men have submitted does not warrant granting a new trial.