EAST PENNSBORO TOWNSHIP, CUMBERLAND COUNTY, PA. – A 16-year-old athlete from Cumberland County gave a medical device to his speed skating team to make sure his ... 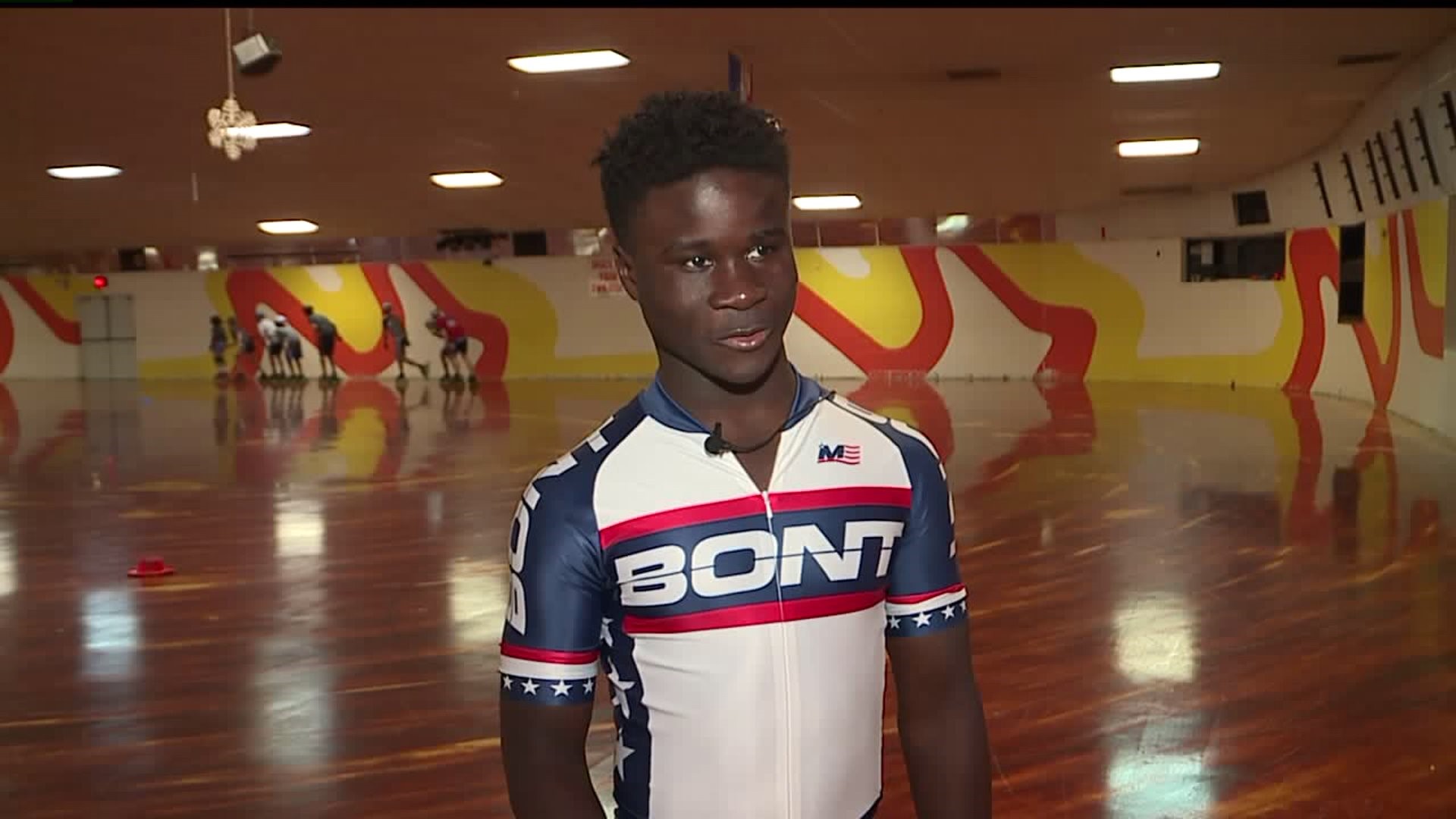 EAST PENNSBORO TOWNSHIP, CUMBERLAND COUNTY, PA. – A 16-year-old athlete from Cumberland County gave a medical device to his speed skating team to make sure his friends and teammates are safe at the rink.

He gives with his whole heart despite having a serious medical condition.

“I used to have to hold onto the walls to skate...” says "Wiz" McCormick from Mechanicsburg, Cumberland County.

His name is Wisler, but they call him “Wiz” because he’s swift on his feet, and he took some bad news and made sure his teammates are safe when they’re out here skating.

"And I got tested and my pattern, my heart pattern, didn't look normal so that's when we went to the doctors, and they found out I had a heart condition,” he explains.

"Wiz" McCormick had no idea he had a serious heart condition when he was screened with the Peyton Walker Foundation a year ago.

"No idea. No signs, no symptoms. Look at the kid. You wouldn't know there's an electric issue with his heart,” said Julie Walker, the director of the Peyton Walker Foundation.

"We were shocked because to see him skate like that you wouldn't expect it,” said Mac McArthur, the operation’s director with Olympic Skating Center in East Pennsboro Township, Cumberland County.

Despite the diagnosis, "the boy with the million-dollar smile" is a speed skating national champion and an all-around athlete.

"Track, I play soccer, basketball, skate obviously, and I do rugby,” says McCormick.

McCormick hasn't let his heart keep him from buckling up his skates at Olympic Skating in East Pennsboro Township.

"I was really scared. I was like nervous cause usually I know people with heart conditions, it's usually really serious,” he adds.

In fact, he used heart, raising money with the same organization who screened him, to buy a defibrillator—or AED, for Olympic Skating Center in case anyone goes into sudden cardiac arrest.

"If you get an AED, if you got it on site, and you're able to start it until emergency responders arrive, you're really increasing their likelihood of survival,” says Walker.

Olympic Skating Center has been open since 1981, and they have never had an AED on site, so managers say they’re thankful for McCormick’s hard work.

From his efforts, "Wiz" McCormick, with the help of the Peyton Walker Foundation, was actually able to raise enough money for two other AEDs - one which will go to Shiremanstown Police Department and a local EMT, who volunteers time and training to community members.