UPDATE (October 26, 10:45 a.m.):  Officials have released the preliminary cause of the apartment building fire that displaced 14 people in Ephrata. The cause is... 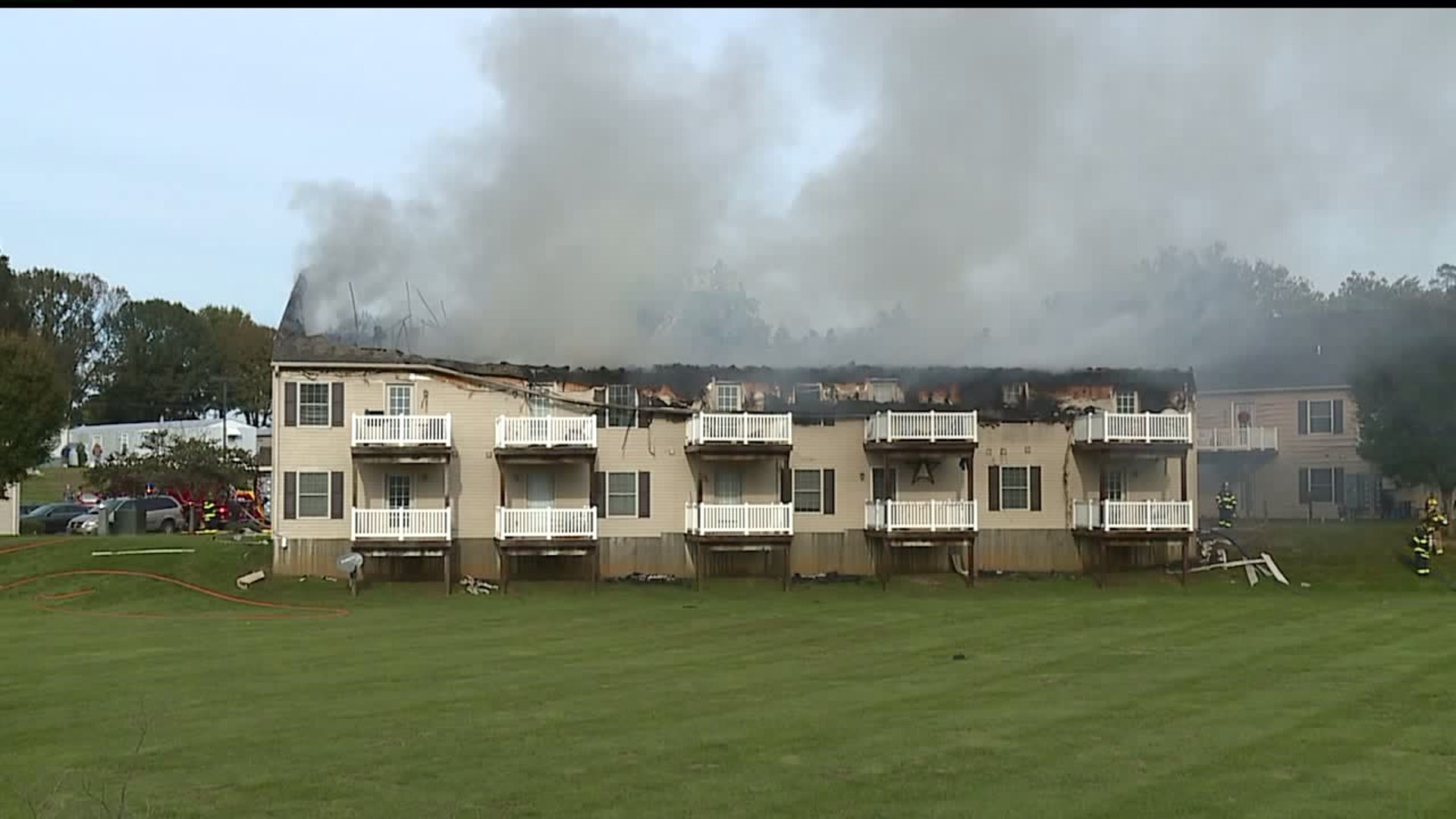 UPDATE (October 26, 10:45 a.m.):  Officials have released the preliminary cause of the apartment building fire that displaced 14 people in Ephrata.

The cause is currently listed as accidental, due to carelessly discarded cigarettes, with the origin of the fire being a second story balcony.

The fire was wind swept and spread quickly across the roof line of the building.

Rapid- that’s how fire officials and witnesses are describing the fire that tore through the Old Mill Apartment Complex in Ephrata, Lancaster County.

“The fire got so hot, I could feel the heat standing right here,” said Davidson.

Davidson lives across the street from the complex, and says she saw firefighters kicking in doors to make sure everyone got out safely.

Fire officials say it’s a miracle all 14 people made it out unharmed.

“Very fortunate. We were very fortunate that no one was hurt, including the fire fighters taking care of the scene,” said Jim Kiefer, chief's aide with the Ephrata Pioneer Fire Company.

Kiefer says the roof of the building collapsed shortly after the fire started, while firefighters were still inside.

“They were pulled out pretty quickly because of the intensity. And it was on the upper floor, the roof and attic area, that it’s not safe,” said Kiefer.

Firefighters have not yet been able to re-enter, and are waiting on the fire marshall to try and determine a cause.

A second building in the complex was also evacuated as a precaution, and most of the residents from both buildings were taken to Ephrata High School and are working with the Red Cross to figure out next steps.

The complex is owned by the Friendship Community, a Christian ministry for people with physical and intellectual disabilities.

According to their website, half of the apartments in the complex were reserved for people with disabilities.

The rest were for community members.

At this time, it is unclear who lived in the building that caught fire.