HERSHEY, Pa. – 11 year old Camren Moore was diagnosed with a rare brain disorder, Lissencephaly, when he was just 18 months old.  The disease is incurable... 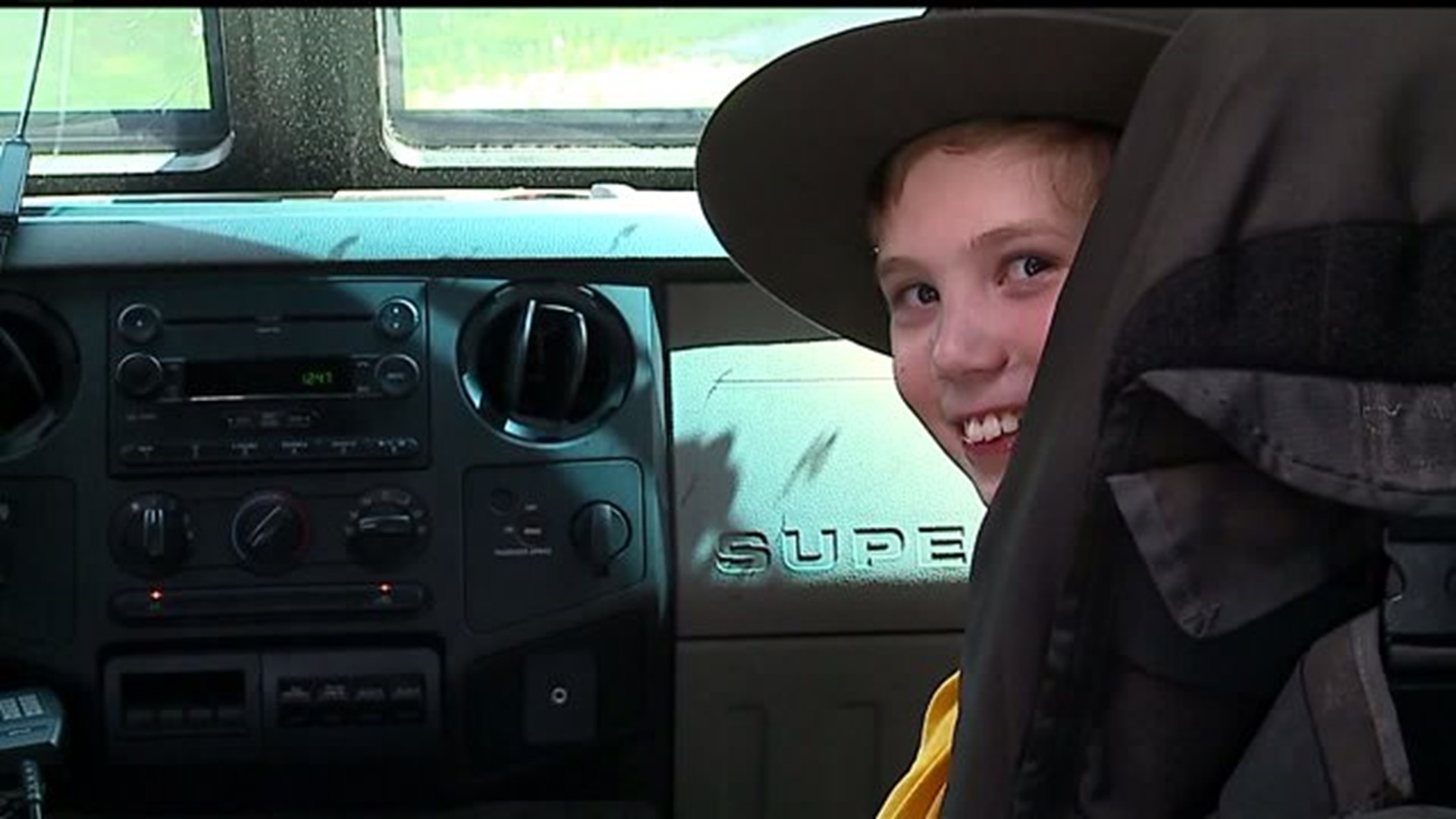 HERSHEY, Pa. - 11 year old Camren Moore was diagnosed with a rare brain disorder, Lissencephaly, when he was just 18 months old.  The disease is incurable and Doctors did not believe he would live past the age of 2.

He's beating the odds and inspires his parents every day.

"They told us he had 6 months to live.", says Camren's mother Shelly Summers.  "So the first 3 months I cried.  I looked up the diagnosis and it.  It ripped my heart out.  And every year we're just blessed to have him one more year.  We don't know how long we have.  But every day is a blessing."

"He's always waiving to the police.", says Pete.  "And every once in a while they'll stop and give him one of those sticker badges of junior police officer.  He just loves the police."

So the Pennsylvania State Police and the Make A Wish foundation teamed up to make Camren an honorary State Police Trooper for the day.

"His wish was to be a State Trooper for the day.", Trooper Ryan Lawrence said.  "And his quote was to do what they do.  So we brought him up here."

Camren got to do a variety of things at the State Police Academy on Wednesday.  From riding in a cruiser to flying in a State Police helicopter.  However his favorite thing to do was making a traffic stop and writing a citation.

His parents are thankful to both Make A Wish and the State Police.   They say Camren will be talking about his special day for months.  And although the day had to come to an end, State Police say the young Trooper will be making occasional visits to Troop J in Lancaster.