YORK, Pa. — A 10-year-old York City drummer wants to give music to other children in the city. Na-jeeb Moore Jr., known by friends and family as ‘Ju... 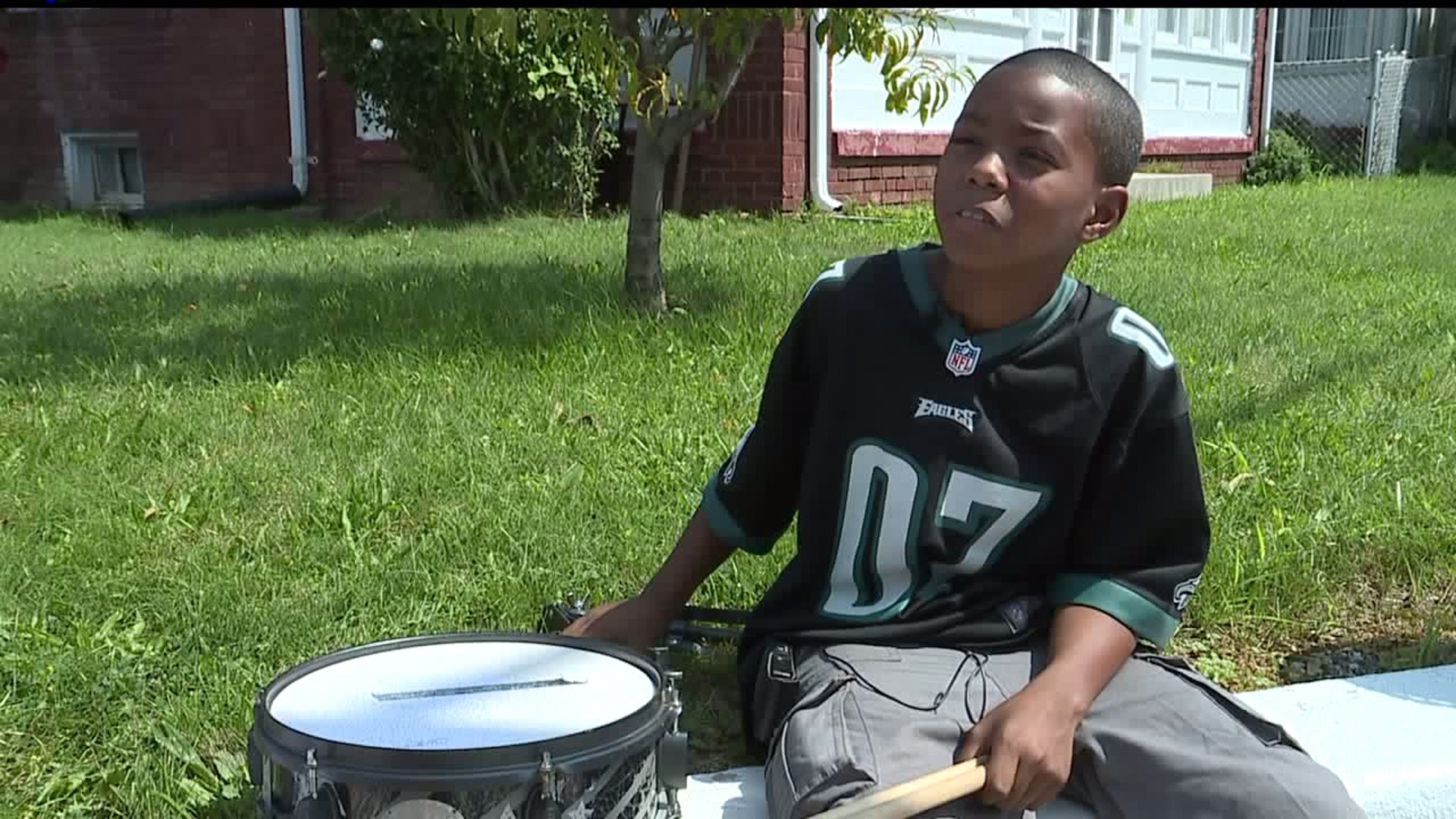 YORK, Pa. -- A 10-year-old York City drummer wants to give music to other children in the city. Na-jeeb Moore Jr., known by friends and family as 'Junior', is making a bang in the city of York.

Junior, an ambitious 10-year-old, single-handedly taught himself how to play the drums, creating his own set from things leftover around his house.

"All I had was tin cans, buckets, and hub caps, and I made a drum set out of that somehow," said Junior.

Junior's mom and dad looked out the window one day, and they noticed Junior sitting outside the garage; he was playing the drums on empty paint cans, buckets, and hub caps. Since then, he has received a set to call his own.

"I feel happy and relieved because everything that's going on and stuff; I just feel happy I get to play something," smiled Junior.

Junior says admirers have given him money and drum sets.

He wants to pay it forward by creating a foundation for other York City kids.

"I want to start my own foundation for them to know they can play it straight, play it with me," he said.

"I was lost for words because I've never heard of a 10-year-old who wanted to start a foundation to help other people out," said Na-Jeeb Moore Sr., Junior's dad.

Junior plans to name the foundation 'Playing it Straight'. He says he'll donate the drum sets and the donations to schools in York so they can have the same music Junior loves so much. He'll also donate money to a charity benefiting Autism, in honor of his cousin. His dad says he couldn't be more proud.

"One thing I would like to tell Junior is to keep up what he's doing, keep up the good work," added Moore.

"I would like to thank God because if I didn't pay my ties and stuff, I wouldn't be here and be in the situation I am now," said Junior.