Conswala is a Top 10 Finalist in the Cadbury Bunny contest. She lives on a farm in Adams County. 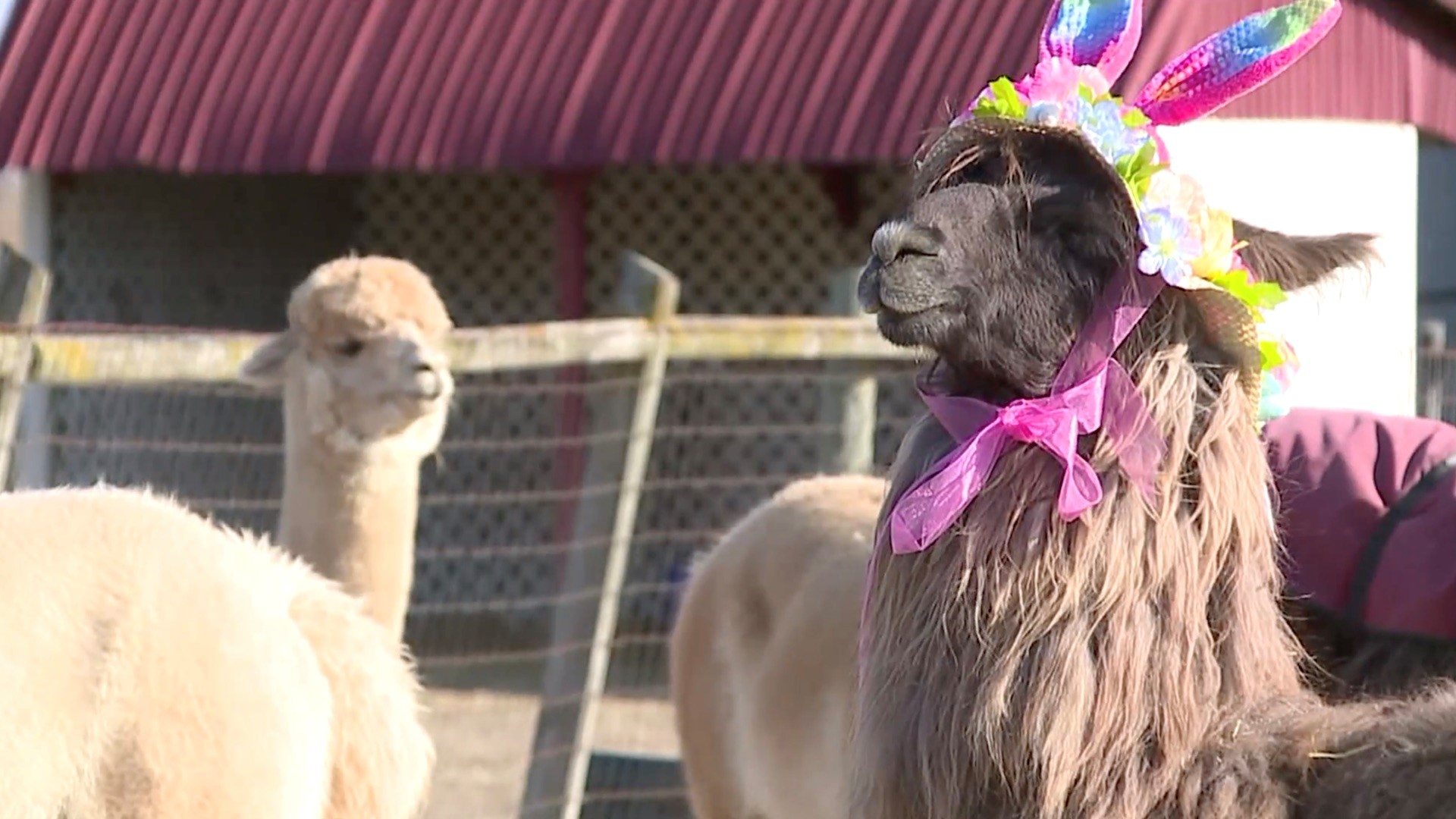 ADAMS COUNTY, Pa. — Despite the pressure to fit in, Conswala was born to stand out. This is not your ordinary llama. Conswala lives at Lucky Us Farm in York Springs, Adams County and has high hopes to become the next Cadbury Bunny.

“She wants to use her llama powers for good,” said Kris Benner, co-owner of Lucky Us Farm. “She would star in the iconic Cadbury Bunny commercial for Easter and she would win $5,000. She’s hoping that we’re going to buy her a “llama-sine” with that money that we can use to take her to and from events and spread the llama love.”

Spread the love? No prob-llama. Conswala has had plenty of practice as a therapy animal.

“We visit senior centers and schools. She really likes being around people and she has very calm demeanor,” said Benner.

Conswala was a semi-finalist in the Cadbury Bunny tryouts in 2019, but nobunny has time for llama-drama. She’s hopping back in the competition. This year, she’s a finalist in the Top 10 and is up against a two-legged dog, a 24-pound cat, and seven other quirky pets.

Conswala’s owners are not worried.

“There’s some great contestants, but Conswala is unique,” said Kevin Benner, co-owner of Lucky Us Farm.

To say she is unique, may be an understatement. Conswala is taking her marketing campaign to new heights. She is photoshopped into an airplane, riding a bus on the bunny trail, and is featured with Baby Yoda in Facebook memes.

“We’re just having a blast creating different and unique images for Conswala to be photoshopped into. Most importantly, we want have people talking about it, sharing it, and having fun along this journey as much as we’re having fun with it,” explained Amy Zimmerman of Zimmerman designs.

You can vote for Conswala, or any of the other top contestants, here. Conswala is eggs-cited to have your support in her claim to fame to become the next Cadbury Bunny.