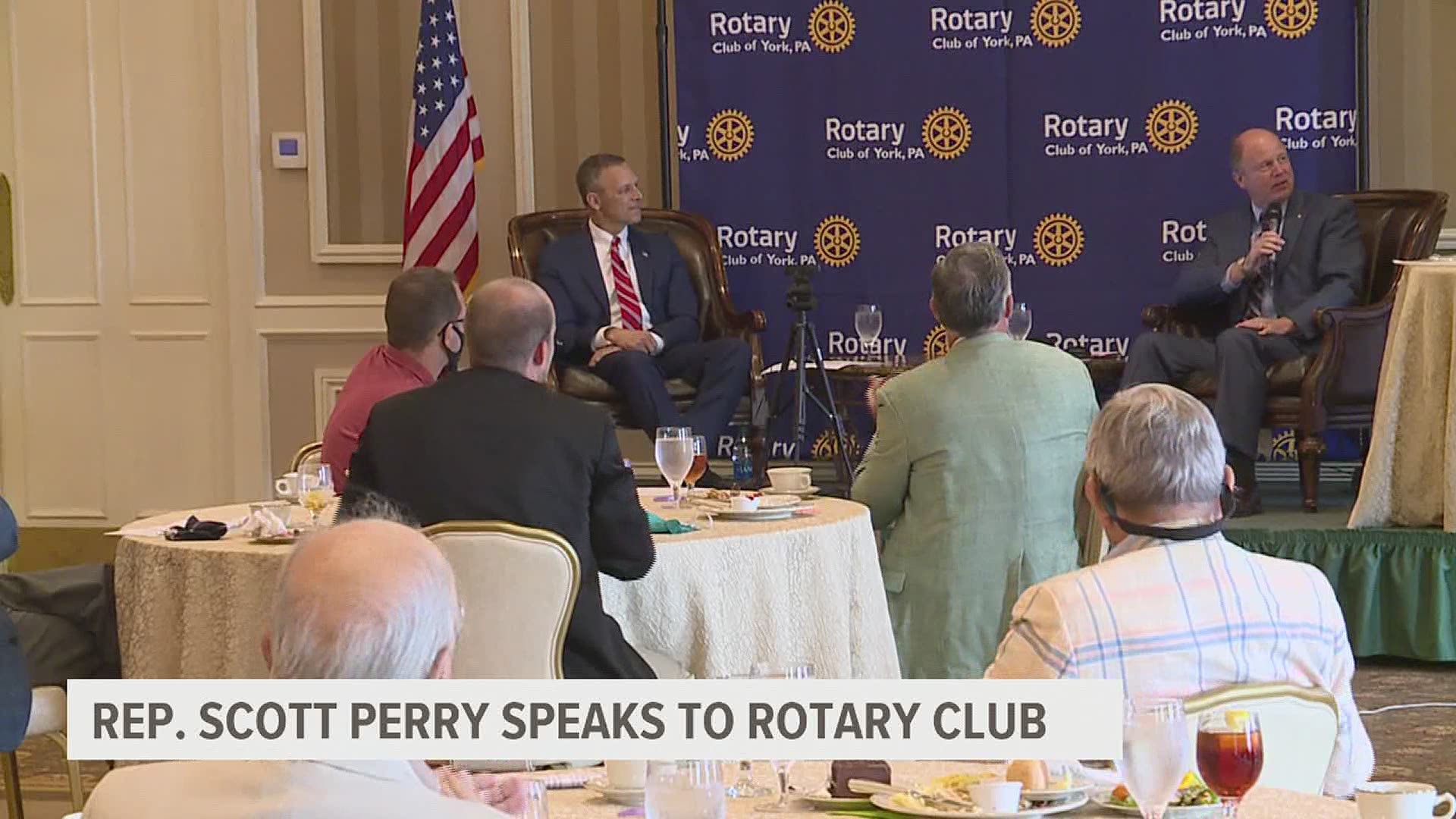 Perry was in the area to talk about a number of issues including the pandemic, infrastructure, and the recent police-involved shootings in our country.

On the heels of widespread protests after the shootings of George Floyd and Jacob Blake, Perry said these incidents are at times sensationalized by the media. He also questioned the existence of systemic racism.

"What is systemic?" Perry asked. "That means there's a 'system of.' Well, if there's a system, somebody had to create that system. Someone is operating and nurturing that system along to keep it going. I don't know who in our country is doing that so I think that's a mischaracterization."