The photos were taken at the Firemen's Relief Carnival in Bloomsburg over the weekend. 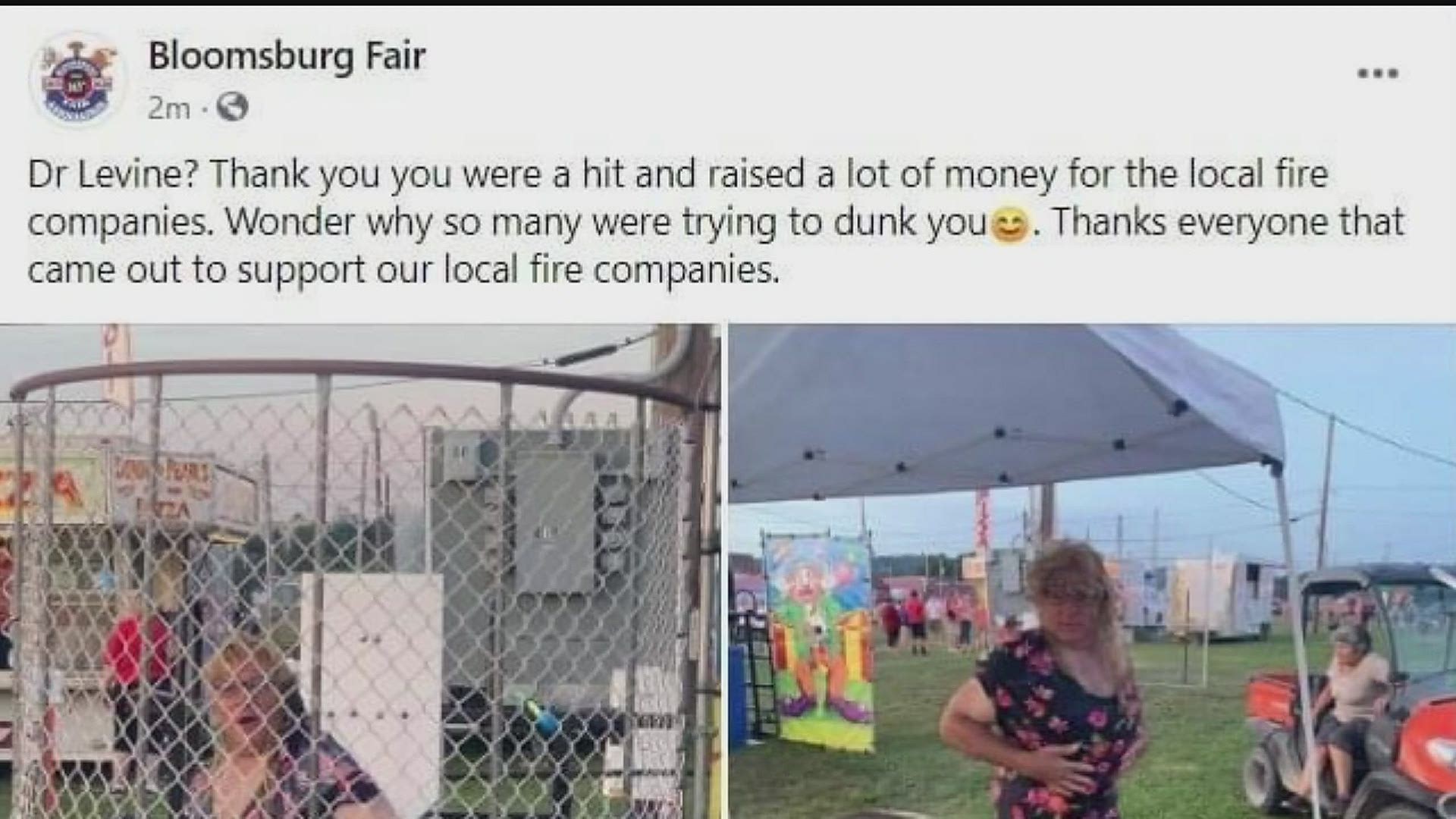 BLOOMSBURG, Pa. — Photos posted to the Bloomsburg Fair's Facebook page have rapidly made their way around the internet, quickly going viral.

They appear to show a man at the Firemen's Relief Carnival held at the Fairgrounds over the weekend.

He is dressed as a woman sitting in the dunk tank with the fair saying thank you to Pennsylvania's Health Secretary, Dr. Rachel Levine and that she was a big hit.

The post was taken down, but not before it was shared several times.

In Bloomsburg, people were talking about it.

"They didn't need to have a man dressed as a woman play the part. I feel like that was sort of intentional," said Keara Drummer. "There were a lot of ways to go; otherwise, that wouldn't be offensive to a certain community."

Dr. Levine is the highest-ranking transgender public official in the Commonwealth.

Some in Bloomsburg said the post was highly offensive.

"How our society is these days, and you try and make progress with some of these social issues, and it's just frustrating that it's not getting anywhere," said Alexis Young.

We did reach out to some of the fire companies who were involved in the carnival.

We heard back from one, the Main Township Fire Company, who said members weren't commenting on what happened on Saturday.

The Bloomsburg Fair was not involved in the carnival but did provide a statement saying it was never its intention to make any commentary on Dr. Levine's transgender identity.

Justin Correll is the co-founder of the NEPA Pride Project and a board member of the Rainbow Alliance; he disagrees.

"The attention was deliberate, even calling it out in the post. Everyone is able to make up their minds about it. However, I felt a certain way about," said Correll.

Fair officials say they will hold a 1 p.m. news conference Tuesday at the fairgrounds to address this issue.