COLD CASE: 20th anniversary of the disappearance of Eric Pyles

Eric Pyles was reported missing Dec. 12, 2000 and still there is no sign of him 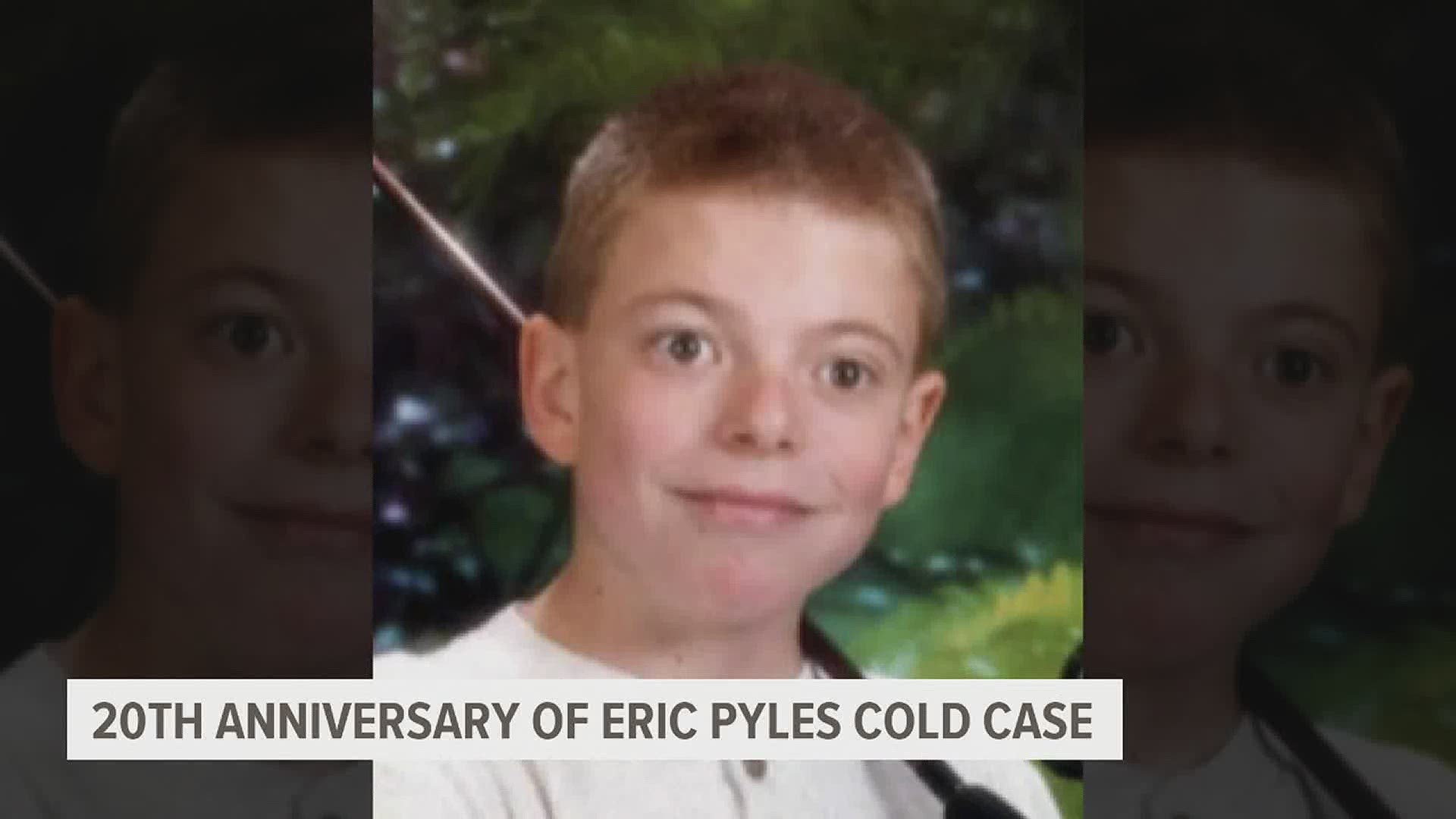 Police said Eric Pyles never made it home after getting off the school bus, and to this day no one knows what happened to him.

Not a day goes by that 30 -year-old Thomas Pyles doesn't think of his big brother, Eric.

"I have a 5-year-old that looks just like him," Thomas said. "They could be identical."

But his memory of Eric, will always be a 12-year-old boy.

"What I remember is waiting for him, typical like every little brother does wait for the big brother to come home," Thomas said. "And the day he didn't come home, I knew something wasn't right."

Eric got off the bus at Awol and Silvertown Roads. Witnesses said instead of heading towards his house, he walked toward the direction of Jonestown Bible Church. Not much else is known.

"There was a secretary here that saw a young boy with a Redskins backpack, presumably Eric Pyles," Trooper Daniel Womer, criminal investigation assessment officer working on the case, said. "We believe it was Eric Pyles that used the restroom. Then later that night when she locked up she saw footprints in the snow. And that's all we really know."

Eric had a history of running away from home. But his family says he always returned after a couple of hours

"It wasn't like him to get off the school bus and not come home," Thomas said. "Maybe he had a bad day or he just wanted to blow some steam off and be by himself."

Investigators said it's possible Eric simply walked away willingly, but they don't believe that's the case.

"To me there's a crime that happened and it haunts us," Womer said.

"I think there was some foul play and I just want answers to figure out what happened," Thomas said.

Police took a fresh look at the case back in March and searched the area where he got off the bus. Nothing came of it.

"We're not at the point yet of charging and identifying a suspect," Lebanon County District Attorney Pier Hess Graf, said. "Or publicly saying 'this is where we are with the case.' There's what I believe and there's what I can prove in court. They are two very different things."

Investigators came up with an age-progression photo of what Eric may look like now.

As for his younger brother Thomas, he hopes to see the real deal someday.

Investigators ask that you contact them if you have any information at all, even if it seems insignificant. The number to the Jonestown Barricks is 717-865-2914.