Property and income tax breaks and grants could be worth $100 million. 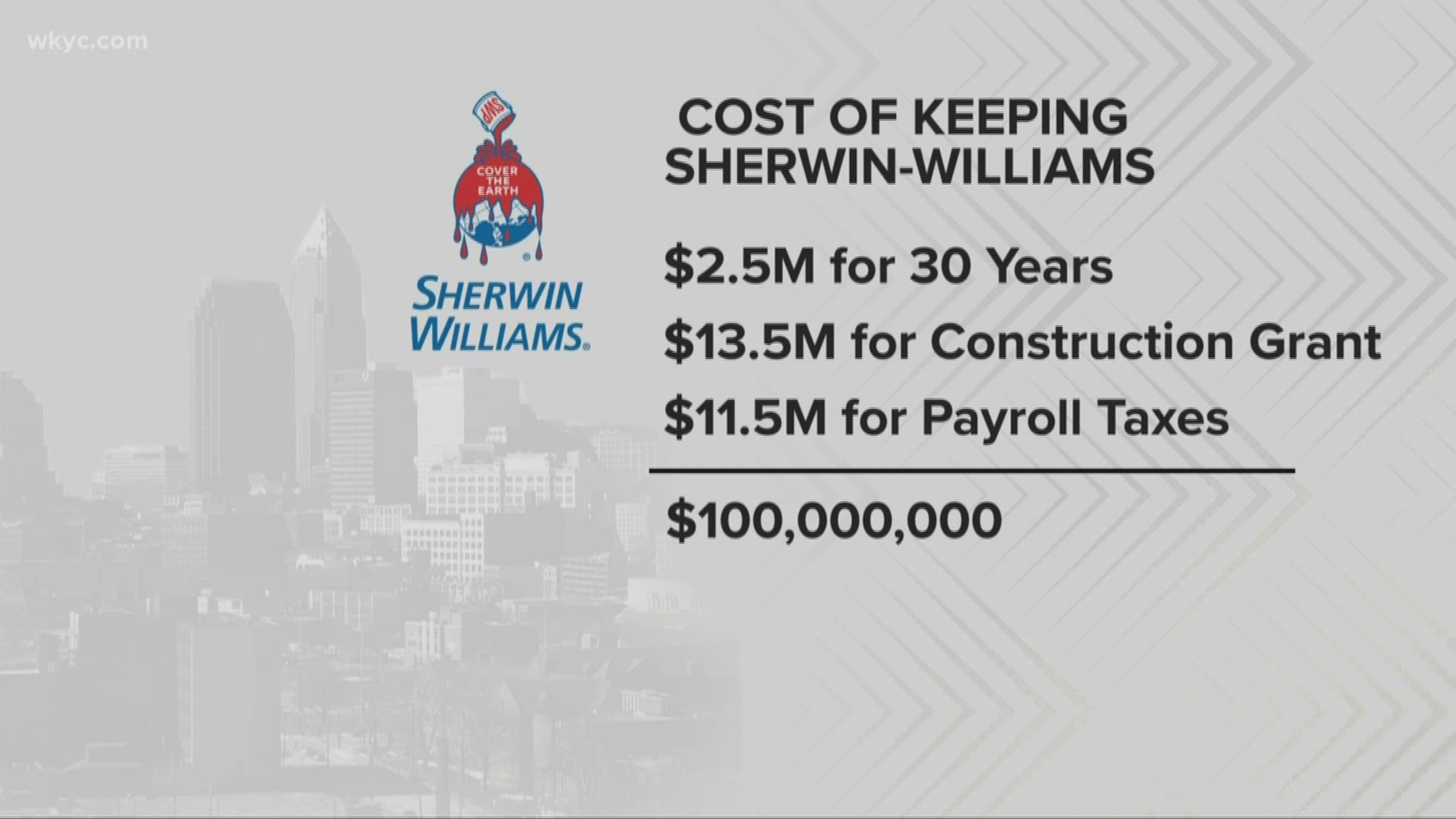 CLEVELAND — The City of Cleveland revealed today that it has offered global paint maker Sherwin-Williams an estimated $100 million worth of taxpayer incentives to build a $300 million headquarters near Public Square.

The offer is unprecedented in the tenure of four-term Mayor Frank G. Jackson, but worth it, he said.

The new headquarters will keep a massive city payroll in the city and generate an additional $4 million annually for the Cleveland Metropolitan School District, the mayor said.

The company will get to keep property taxes it would normally pay on the value of a new building. This incentive, referred to as tax increment financing, could be worth up to $2.5 million to Sherwin-Williams in each of the next 30 years.

The tax break is to be used on construction. (The company still pays property taxes on the value of the new building that is earmarked for the schools.)

The city also is giving Sherwin-Williams a $13.5 million construction grant and a break on payroll taxes on new jobs added to the headquarters, an incentive worth up to $11.5 million.

This week, the city of Brecksville detailed incentives it offered to Sherwin-Williams to lure its research and development facility. It could be worth up to $100 million and is largely based on income-tax breaks, according to a draft legislation explaining the tax-break formula released by Brecksville.

In addition, Cuyahoga County is kicking in $14 million to keep the company in the region. Still unknown is how much the state of Ohio has put on the table.

Cuyahoga, Cleveland and Brecksville council members are expected to approve their respective deals in the coming weeks, making way for the first phase of construction that could begin this summer.

More than 900 parking spaces sit in the footprint of the future Sherwin-Williams headquarters, so construction will mean a major disruption to the downtown parking ecosystem. Jackson said business leaders are already studying downtown parking, and the city will consider adding more parking options to alleviate potential shortages.

You can watch Mayor Jackson's press conference in the player below: