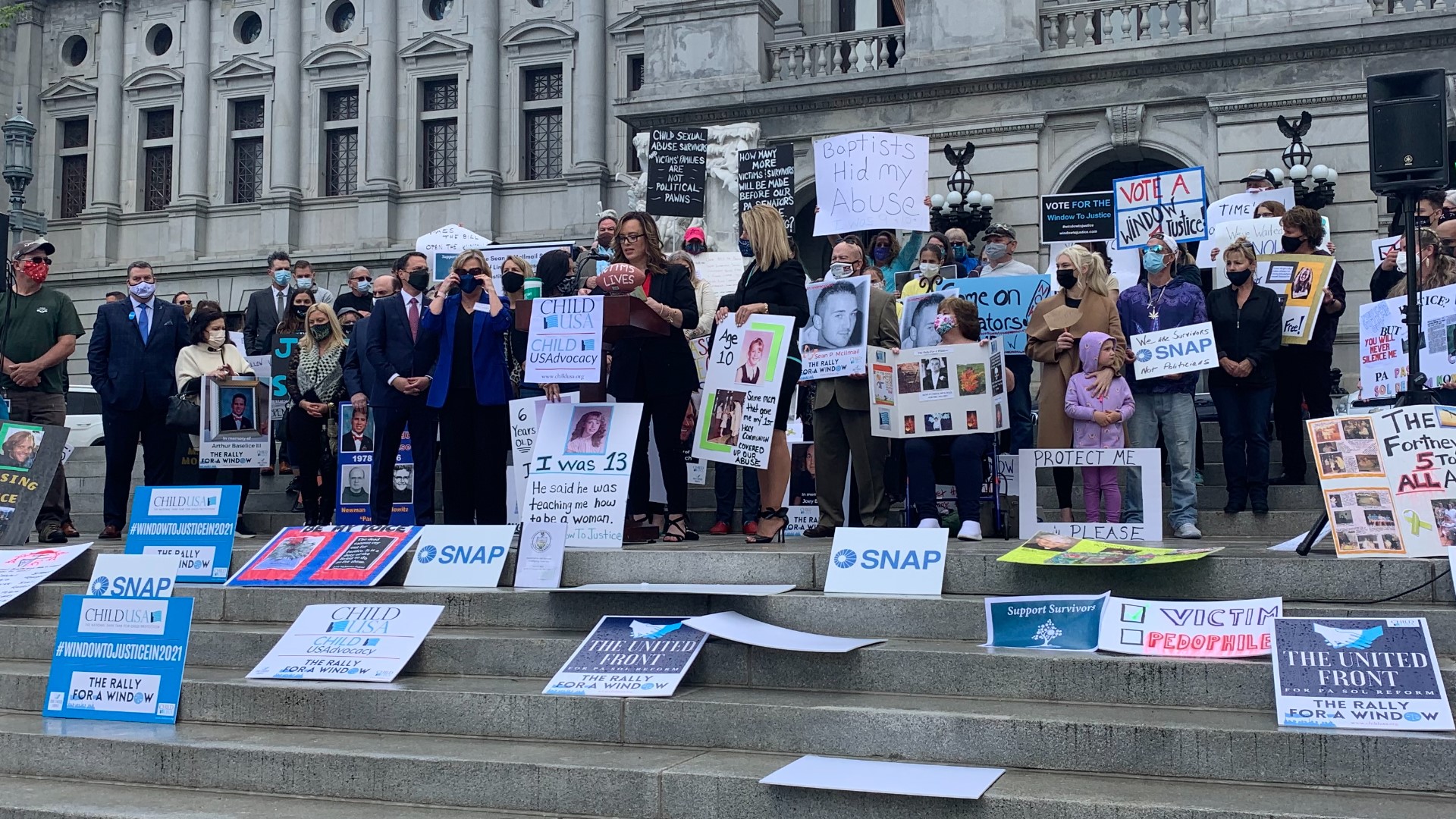 Child sex abuse survivors rallied in Harrisburg Monday to call for a bill that would give victims more time to sue their predators. But, the legislation is facing an uphill political battle that began after an office mistake that led to the resignation of Pennsylvania's Secretary of State.

A group called 'United Front' is pushing for lawmakers to pass House Bill 951, a bill that would give victims a two-year civil liability window to take their predators to court.

Lawmakers attempted to push through the amendment with 'emergency' action. However, in another complicated case of state politics, the 'emergency action' did not pass in the Pennsylvania Senate on March 22 despite bipartisan support for the proposal.

As a result, survivors are now calling for the measure to be passed as a bill as another try at the constitutional amendment could have them waiting until at least 2023 to learn if they can sue their abusers.

In a release, United Front said they want "to urge Senate Majority Leader Kim Ward and members of the state Senate to bring House Bill 951 or a similar measure to the Senate floor immediately as the legislature reconvenes after recess. Following recent bipartisan passage of House Bill 951 – a bill that would create a two-year civil liability window for child sex abuse survivors to take their abusers to court – advocates from the United Front and survivors of child sexual abuse will testify and call for urgent action on a statutory window legislation to bring justice for hundreds of survivors across the commonwealth of Pennsylvania."

Statement Majority Leader Kim Ward Victims of Childhood Sexual Abuse “Senate Republicans and Democrats recently agreed in a 27 to 20 vote to grant childhood sexual abuse victims their strongest legal position to confront their abusers in court via constitutional amendment. The constitutional amendment not only expands victim’s rights to include public and private entities, but also provides victims with their strongest legal case to be advanced unchallenged. With understanding and compassion for what the victims have already experienced and knowing they would like to see the legislature expedite the process through specific legislation, the concerns with the legality of certain legislation and by-passing the public vetting process still exists as it has in previous sessions.”