Michael Schroeder fishes litter out of waterways then turns the trash into treasure with his 'garbage museum.' 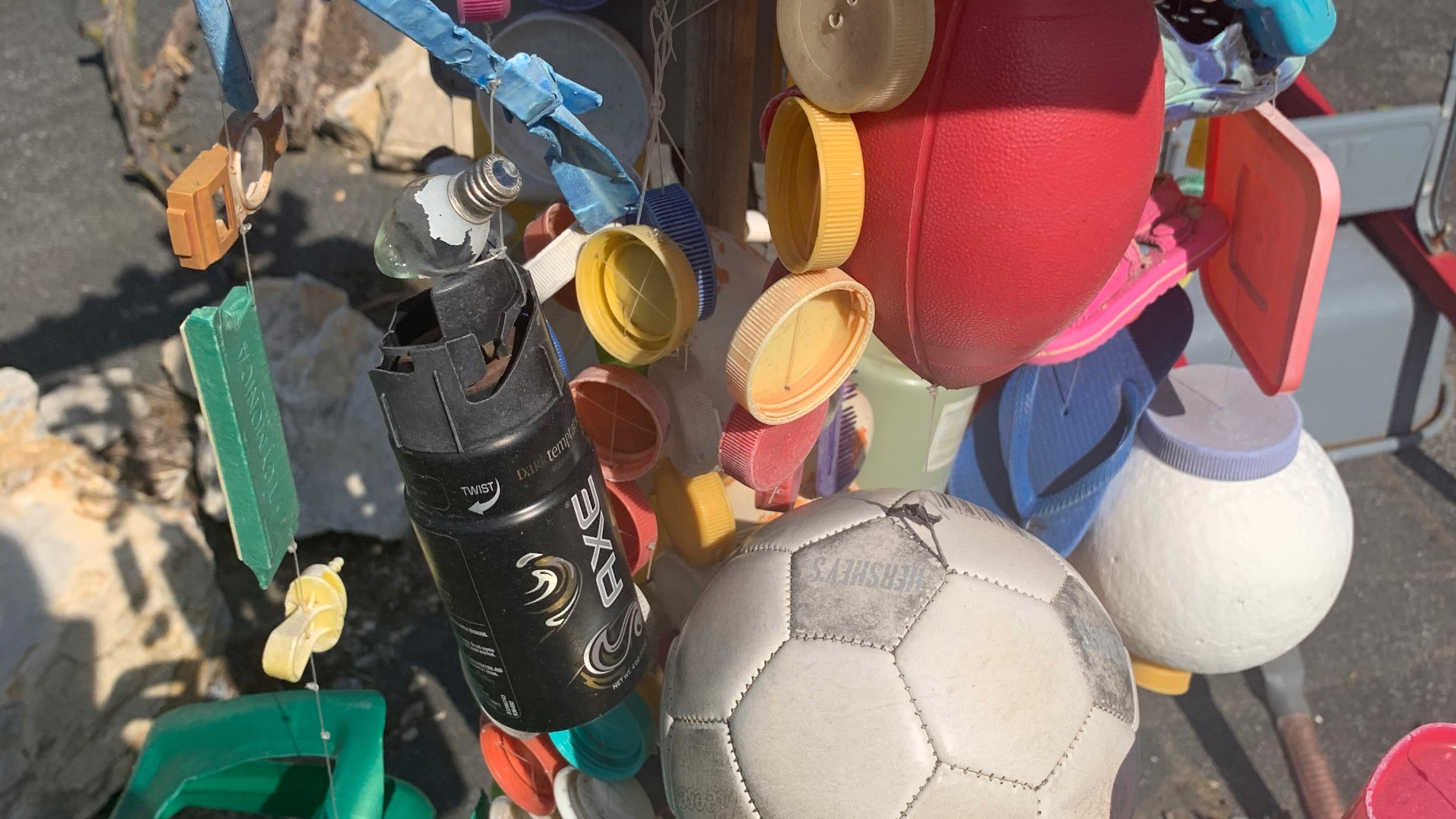 You name it, Michael Schroeder has fished it out of a creek or stream. Now, he's creating his own 'garbage museum' to make the trash into treasure as he hopes it will send a message to everyone to clean up.

"Right now we're in the middle of a countywide action plan here in Lebanon County trying to reduce the amounts of sediment and waste flowing down to the Chesapeake Bay because we're basically killing the Chesapeake Bay," said Schroeder.

Schroeder's collection of litter includes empty jugs, frisbees, and even tires. The COVID-19 pandemic only adding to the amount of litter as people also fail to throw away masks and sanitary wipes.

"So there's your typical McDonald's cup. Somebody pitched it out of their car window," he said as he combed just one small region along a waterway in South Annville Township.

Schroeder's Quittapahilla Creek Garbage Museum is a work in progress on School House Lane as he creates more pieces of art throughout the year as he collects more litter from the ground. On his property, gas cans are turned into artistic wind catchers as well as old tires and frisbees.

Chairs. Lighters. Bottle caps. You name it- littered along creeks & streams. I'm introducing you to a man working to turn trash into treasure by giving it its own museum. The hope: to get people to finally throw things away. See you for @FOX43 at 4 & 5 https://t.co/YqD01ar9Gy pic.twitter.com/5czcZXvMgB