Students will protest at 7:15 a.m. every day until Central York's School District board meeting on Sept. 13. 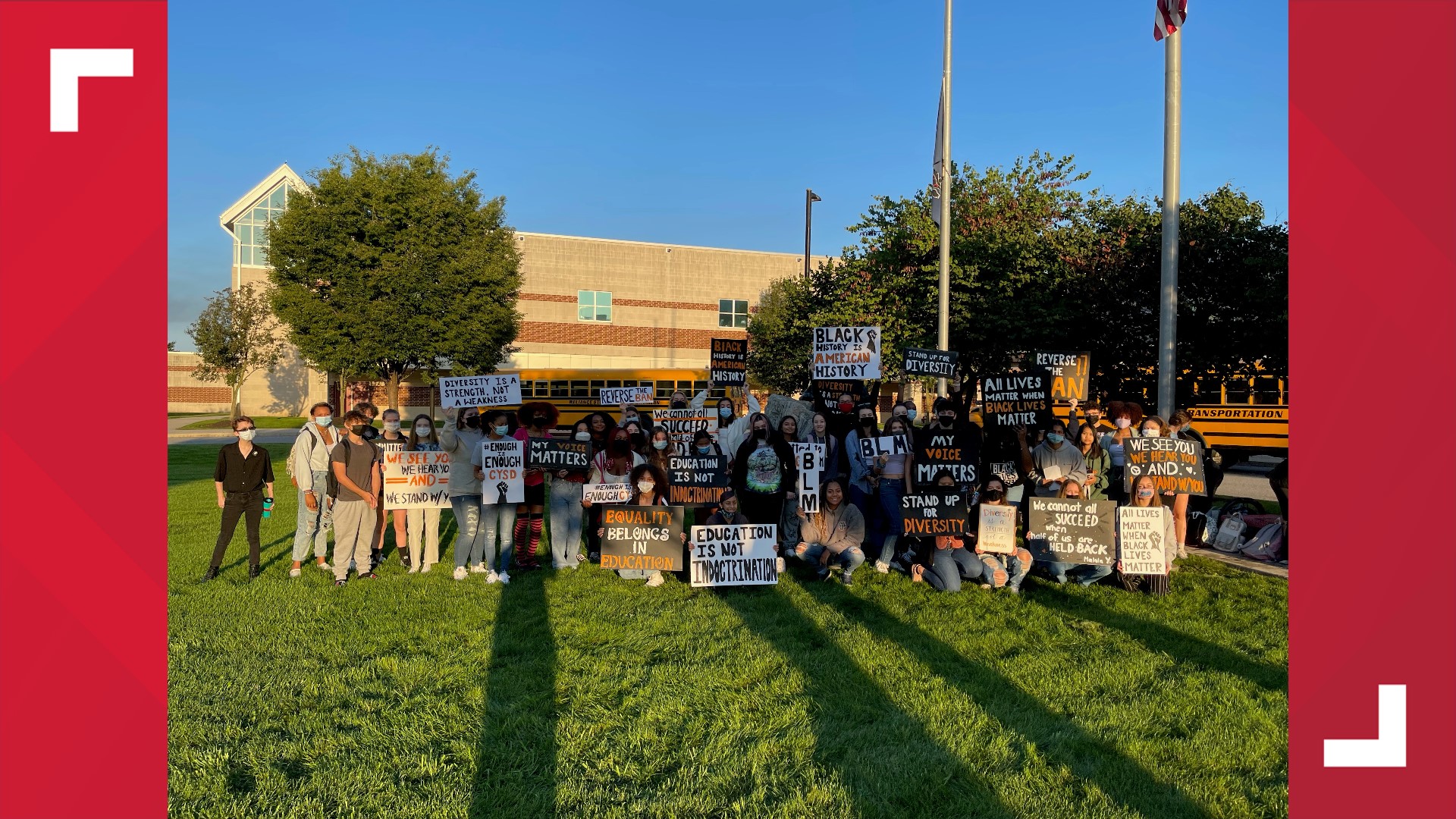 The Central York School Board released this statement on the diversity committee summer meeting resource list:

With respect to the “Diversity Committee Summer Meeting Resource List” (List) from summer 2020, a significant portion of our District's parents raised concerns with certain of the materials included on the List. These concerns were based on the content of the resources, not the author or topic. On November 9, 2020 the then-Board unanimously approved a decision to freeze the use of these resources pending restoration of the Board curriculum-oversight mechanism. One solution to this oversight was creation of a Curriculum Committee. Additionally, upon the incumbent Superintendent’s retirement announcement, the Board felt the new Superintendent should also be part of this important discussion. We will soon have both a newly formed Curriculum Committee and a new Superintendent to engage in this discussion.

The Board embraces diversity in its many forms, including diversity of thought. We have always welcomed myriad quality diversity materials embracing differences and fostering equality, tolerance, inclusiveness, communication and kindness. However, many District parents have expressed concern that certain resources on this particular list foster the opposite by promoting unequal treatment of individuals on immutable characteristics. They believe that rather than uniting on diversity, certain resources polarize and divide on diversity and are based on disputed theories and facts. The Board believes that the fundamental purpose of school is that of core academics, objective education without indoctrination from any political or social agenda, and we look forward to the forthcoming review of the List and bringing balance to our classrooms.

Jane Johnson, president, on behalf of the Central York Board of School Directors

The walk-in protest was held by the student organization — the Panther Anti-Racist Union (PARU). Students will protest 7:15 a.m. every day until Central York's School District Board meeting on Sept. 13.

The community then will voice their concern to the board in hopes the ban will be overturned.

Banned resources include: Anti-racist work in schools: Are you in it for the long haul? How To Root Out Racism in Your School Tyrone Howard and 15 Classroom Resources for Discussing Racism, Policing, and Protest.

"If teachers have these limited resources to teach from, there's not going to be a holistic education in any way," said Edha Gupta, senior at Central York and executive officer for PARU. "I've been in the district since I was in pre-school and I've faced countless racism because you know there was just this miseducation and ignorance that people had."

Students say the decision to prohibit the material was implemented this summer.

Gupta said months prior to this decision she talked to the board about incorporating more diversity in the school's curriculum such as having an African-American studies course.

Ben Hodge, the PARU teacher advisor, says this decision isn't in agreement with the school's Diversity Education Committee's history which was created 15 years ago.

"It's a little confusing as to why it's suddenly being not a part of our DNA anymore," said Hodge.

Olivia Pituch, who is also a senior and executive officer for PARU, has read some of these banned resources and says students and teachers should be able to utilize these materials.

"People need to be taught this so that they can help understand diversity and just be accepting," said Pituch. "I feel like these resources are really, really important for our district to have."

Christina Ellis, senior at Central York said it's about educating the next generation.

"It needs to be in a way that we get the message out to them clearly and not just shoot over it or try to undermine it but clearly state to them what really happened in our history," said Ellis.

FOX43 reached out to Central York School District and its board members to find out why the books were banned, and so far we haven't received a response.