The vote to reinstate the “diversity resource list” comes after its banning spurred a series of protests and national media attention. 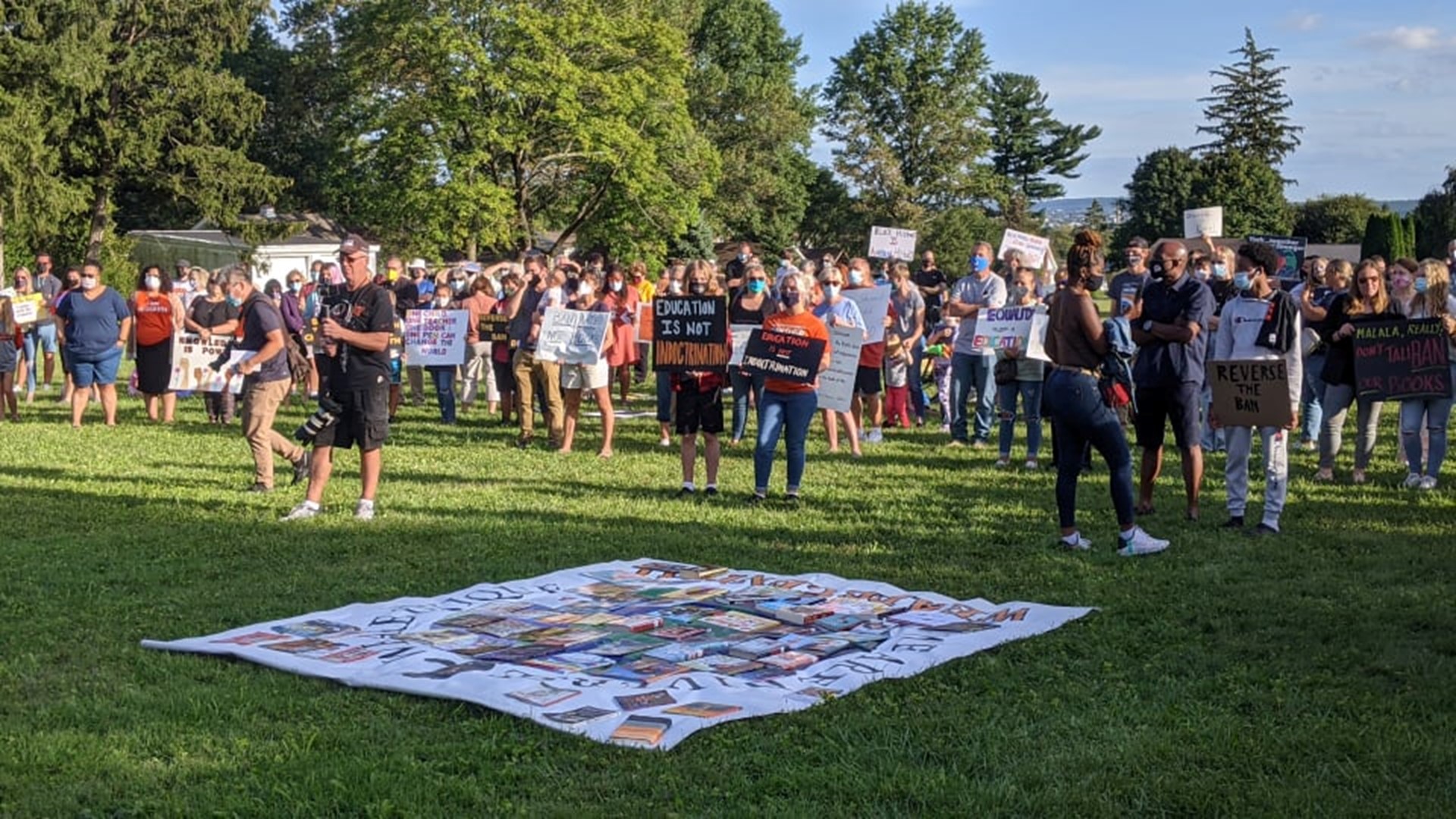 YORK, Pa. — Central York School District has announced a list of books that educators had been banned from teaching that will again be allowed in curricula.

The vote to reinstate the “diversity resource list” comes after its banning spurred a series of protests and national media attention.

“It’s sad that it’s gone national because York seems to make it on the map as a racist county, but at the same time bringing all this attention to it, I think, is what’s going to make the change,” said district parent Sabrina Duke.

The list was originally compiled by the district’s diversity committee. The school board voted to put a proposed diversity curriculum and the list on a “freeze” in November 2020.

The majority of the materials were written or created by people of color and addressed issues such as racism and diversity.

On Aug. 11 Central York High School Principal Ryan Caufman sent an email to high school teachers, writing, “Please see the attached list of resources that are not permitted to be utilized in the classroom. Please review and double check to make sure that none of these resources are being used.”

Several protests call to reinstate the materials on the list, including a protest Sept. 20 that drew about 300 people to the Central York School District building in Springettsbury Township.

“I hope this is not something that becomes par for the course that you just have to fight about what books we can share, we can talk about role models,” said Delma Rivera-Lytle, a diversity education specialist with the district and part of the committee that curated the list.

At the Sept. 20 school board meeting, board members apologized for not removing some books from the banned list, but defended their original decision to freeze teaching of the materials.

“What these parents oppose is the use of diversity training as a tool of activism or political indoctrination, which appears to be the aim of some of the resources,” said board member Tim Strickler.

Even after they’re allowed to be taught, none of the materials are officially part of any district curriculum.