Many schools are dealing with low supplies, delayed shipments, and fewer workers 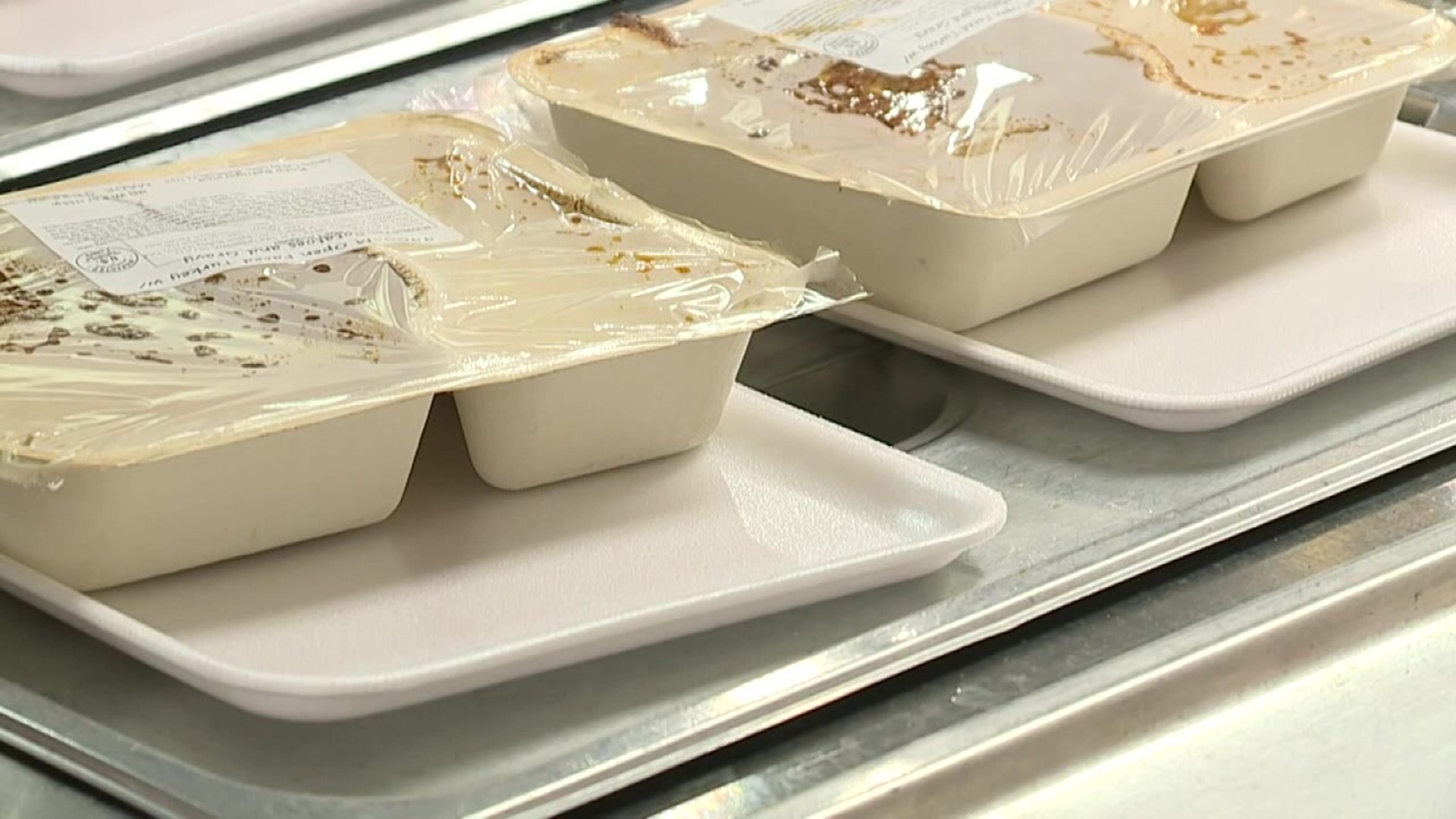 “We have been seeing shortages for food, paper as well as staffing shortages," said Emily Rodriguez, the Food Service Coordinator at the Cornwall-Lebanon School District.

“To me that’s the most frustrating thing. Trying to get the items here, try to keep my menu what I have posted without changing it," said Himmelreich.

But why is this shortage happening?

“When we went into the pandemic, schools shut down and that created a need in retail more than it did for schools, so when manufacturers shifted their focus, school nutrition was kind of left out," said Rodriguez.

Rodriguez says her team is turning to creative measures in order to provide quality meals in spite of the shortages.

“If we have tacos, maybe we turn it into a taco bowl, if we were short on hard tacos shells," she said. "So it’s the same menu concept, but just maybe different variations of what we can serve and that our students are still enjoying food."

She says the situation is frustrating.

“Sometimes they run out of food and they only have a cheese stick and a small sandwich to serve them," said Geiling.

The school districts also say that during a normal year, they would receive deliveries at least twice a week, but now  it’s only once a week.

It's becoming harder and harder for schools across the US to find items that are essential to a school lunch. On @fox43 news at 4 & 5, we'll hear from local School Districts on how they're adapting and ensuring that students are still able to eat. pic.twitter.com/OVKw26T3AD