Mechanicsburg man arrested for role in riot at U.S. Capitol

Barton Shively is facing multiple charges after admitting to the FBI that he engaged in physical altercations with officers during the riot at the U.S. Capitol. 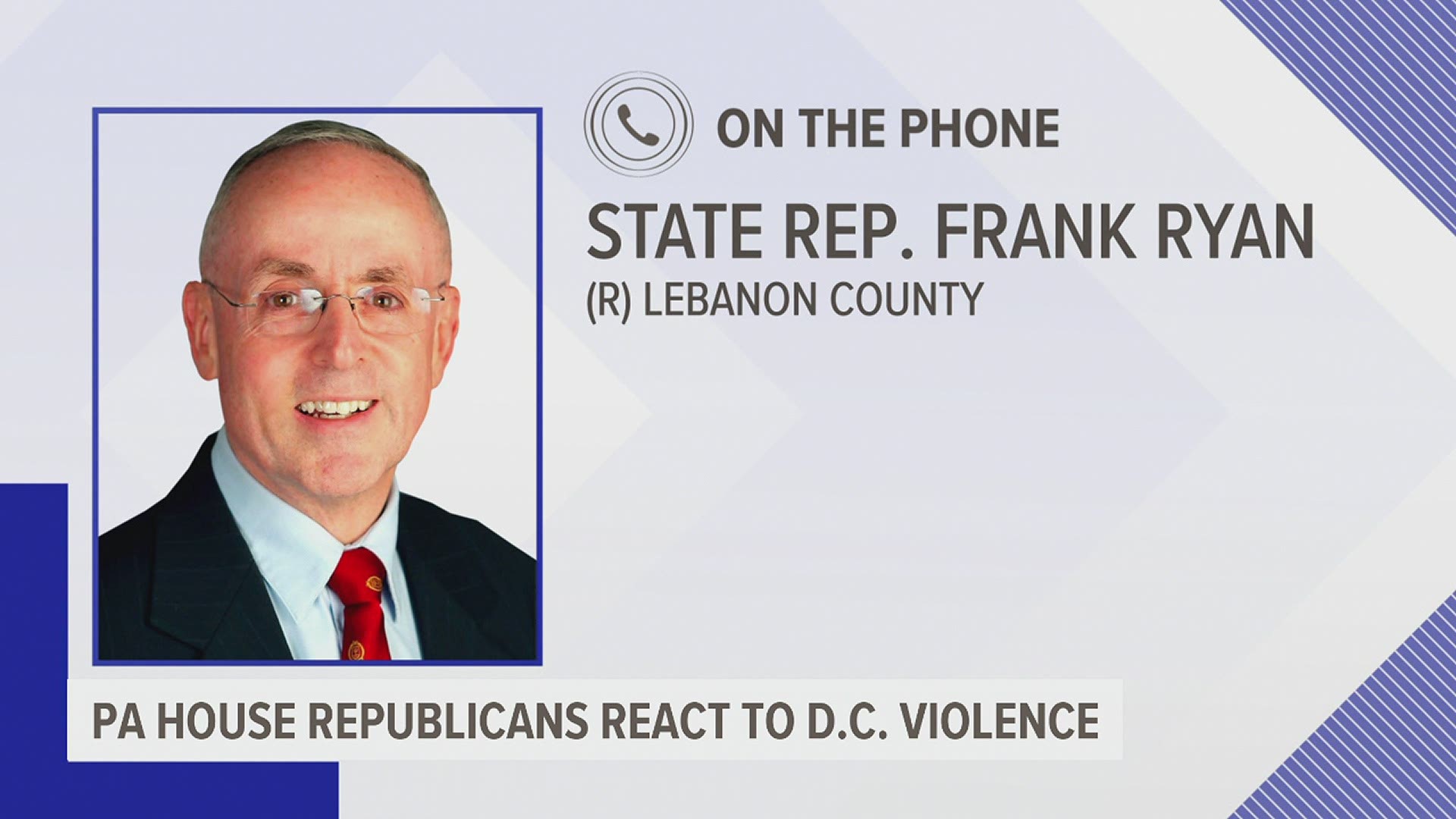 A Mechanicsburg man is facing charges in connection to his role in the Jan. 6 riot at the U.S. Capitol.

Barton Wade Shively is charged with aiding and abetting, civil disorder, violent entry, and engaging in physical violence on grounds at any of the Capitol buildings, among other related charges.

According to the statement of facts released by the Federal Bureau of Investigation (FBI), officials reviewed multiple videos taken on Jan. 6 and observed Shively engaging in physical contact with multiple law enforcement officers.

On Jan. 11, an FBI bulletin was released seeking the identification of several men accused of assaulting federal officers at the U.S. Capitol (Shively appears in the bottom row, second from the left).

According to the FBI, on Jan. 14, the FBI office in Harrisburg received a tip that the person in that photograph was Shively and a comparison of his driver's license photo appeared to match.

In the photo, the FBI noticed Shively was wearing a hat with the United States Marine logo on it. The FBI office in Harrisburg was able to confirm that Shively served in the Marines from 1985 to about 1992 with an Honorable Discharge.

Authorities say later on Jan. 14, Shively contacted local law enforcement to admit being at the U.S. Capitol and admitted to seeing his photograph circulating on the news.

Shively agreed to a voluntary interview with the FBI on Jan. 14 and admitted driving to Washington, D.C. with friends to attend the Trump rally.

It was there that Shively encountered law enforcement officers protecting the U.S. Capitol and began a confrontation.

After being pushed back by the officers, Shively admitted to "getting caught up in the moment," and grabbed an officer by his jacket and began yelling at him.

During the interview with the FBI, Shively admitted to a second assault on law enforcement officer, as well.

In that incident, Shively said an officer repeatedly pushed him with a baton and commanded him to move away before Shively punched the officer on his riot helmet.

Finally, Shively admitted to a third incident with law enforcement where he attempted to kick a can of mace out of an officer's hand, physically "touched" that officer, and then was maced and became blinded before retreating.

Shively admitted to investigators that he saw the third incident was shown and the news and shared on social media, and also did an interview with a CNN reporter.

Authorities were able to verify Shively's claims via a Youtube video, other videos taken at the Capitol on Jan. 6 and screenshots of social media posts.