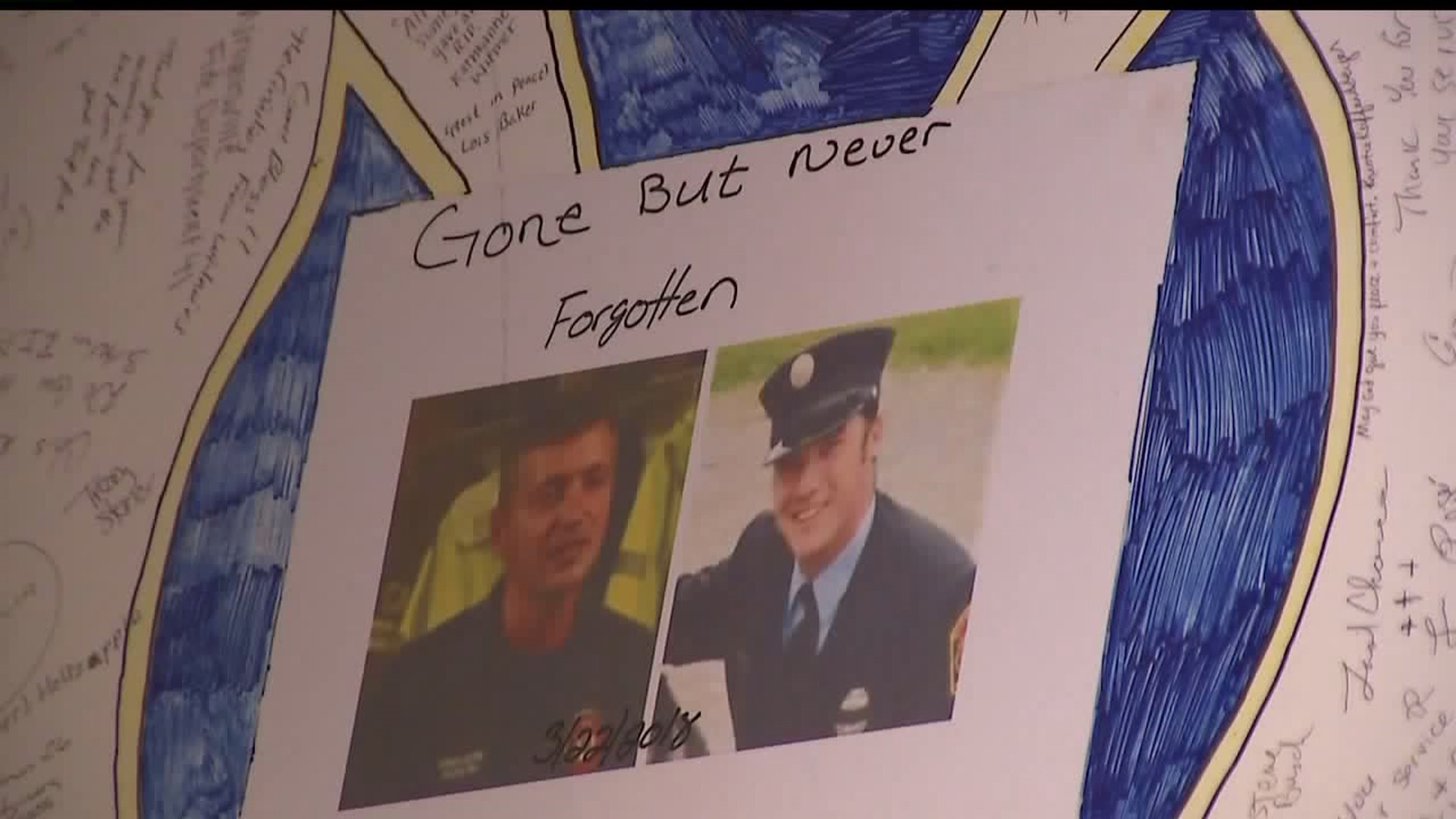 YORK COUNTY, Pa.-- It's been one year since friends, family, and the community suffered a great loss of two York City Fire Firefighters, Ivan Flanshca and Zach Anthony. On Friday there will be a Celebration of Life service to honor their memory.

Flanscha and Anthony both lost their lives in the line of duty, trying to eliminate hot spots that were still burning.

On March 21, 2018 fire crews responded to the Weaver Organ and Piano building in York for a fire. Flames were pouring out of the building for hours that day, and it quickly became unsafe for firefighters to go inside. No one was inside at the time when part of the building collapsed.

The next day firefighters were back at the building trying to put out hot spots that were still burning on the fourth floor of the building, when it fully collapsed.

The collapse trapped four men inside. Two managed to escape however, Flanscha and Anthony both lost their lives that day.

Although its been a tough year Ivan's Widow, Casey Flanscha says she's been relying on her faith and praying every single day.

She says its a time to start living, to start smiling again and remembering the good things.

That's why Friday is a day to remember, and all come together to celebrate their lives.

Before the Celebration of Life service begins at 7:00 p.m., the Kiltie Band of York will preform at 6:30 p.m., in front of the church. A gathering will be held following the service, and all are welcome to attend.