CARES Act funding is the Wolf Administration's to disperse

However, the withholding of a grant, funded by CARES Act money, to Lebanon County has drawn criticism 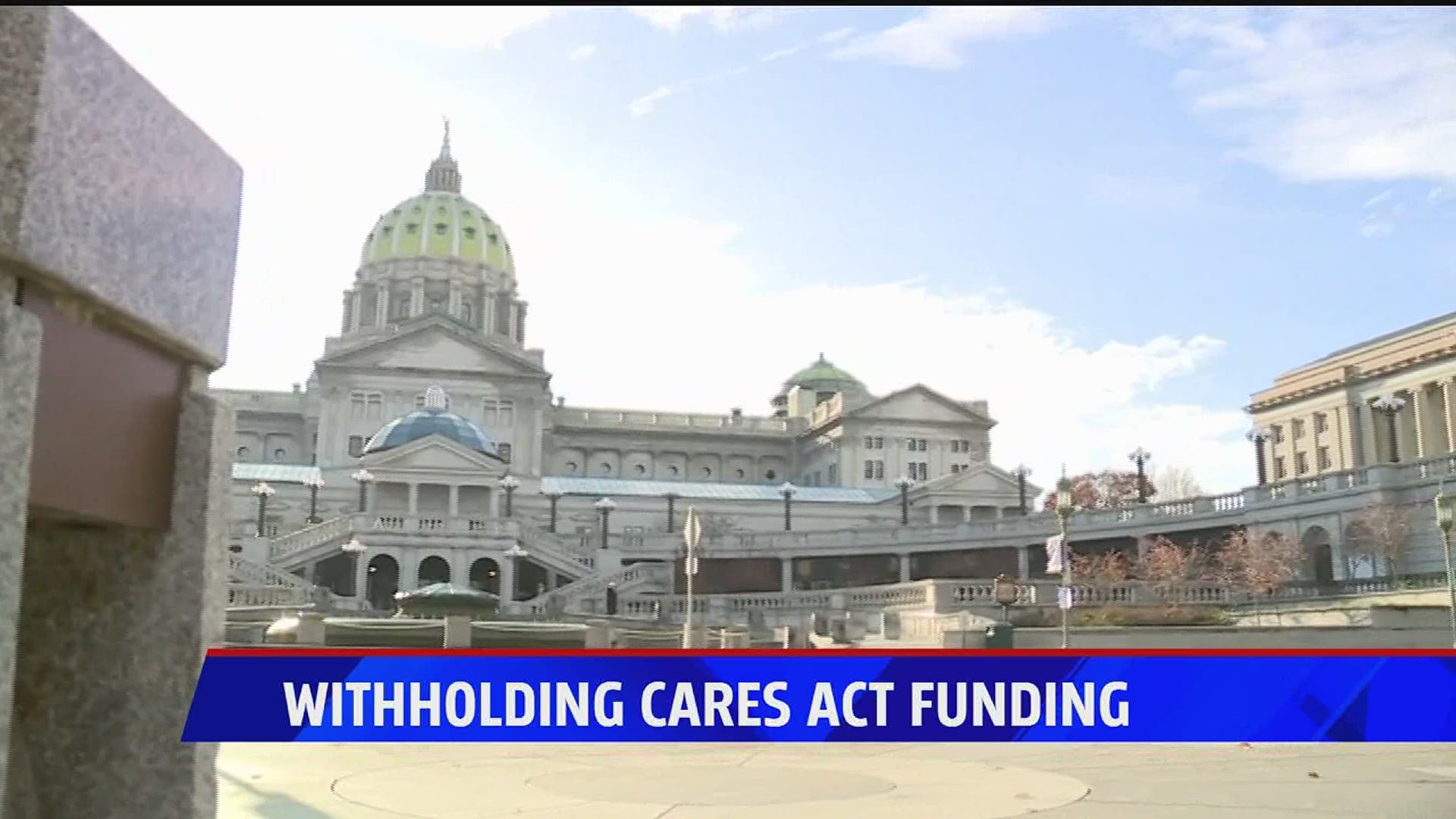 HARRISBURG, Pa. — As the Wolf Administration withholds about a $13 million grant funded by CARES Act money from Lebanon County for reopening too soon, U.S. lawmakers from Pennsylvania who voted for the CARES Act on whether Governor Wolf can do this.

"The governor works for them," said U.S. Rep. Scott Perry, (R) Pa's 10th Congressional District. "They deserve and demand answers and they should get it."

"It's the taxpayers money," said Rep. Perry. "And Lebanon County deserves the same share as every other county and I think it's pretty clear, the governor wishes to punish them for their decision."

The CARES Act was passed by U.S. Congress in March, allocating $150 billion in coronavirus relief fund or local governments. Payments were allocated in two parts: to states, and to counties with more than 500,000 people. Pennsylvania received $4.9 billion in CARES Act funding, and with that set up a $625 million grant program for 60 of the state's 67 counties that did not directly receive federal funding. The $13 million Lebanon County is supposed to receive is through this grant program. Allegheny, Bucks, Chester, Delaware, Lancaster and Montgomery Counties received the federal funding directly.

"I've already talked to U.S. Treasury, I talked to them months ago when the Governor held hostage Cumberland County, Dauphin County, and other counties," said Rep. Perry. "Once the money was released to the governor it was his to adjudicate."

U.S. Senator Bob Casey sent FOX43 this statement in regards to Governor Wolf withholding the funding: “Across the country, we have seen the consequences of what happens when localities reopen too quickly- COVID-19 cases skyrocket and the economy remains stalled. When county officials voted to defy both the commonsense guidance of public health experts and Governor Wolf’s lawful orders, they put the health and economic well-being of the entire region and Commonwealth at risk. I am hopeful that local officials and the Governor’s Administration can engage in a dialogue to resolve these issues and find a path forward.”