Pennsylvania car dealers continue to lose business to neighboring states, question the governor's office as they wait for new legislation

With sales closed for PA dealers, layoffs and loss of revenue cripple many owners as they hope for new notary legislation and more. 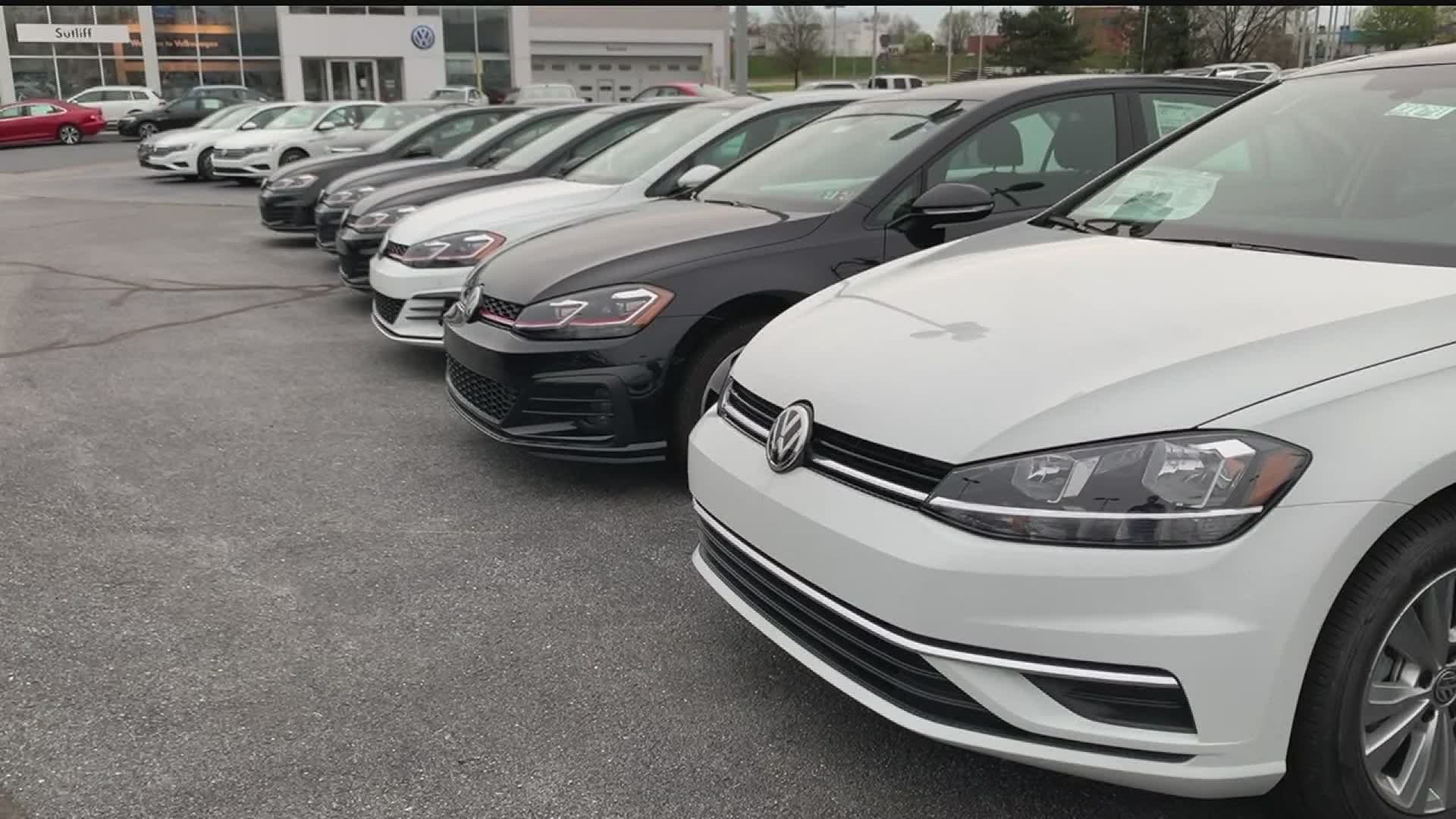 "What we've received from the governor, says 'any business that has the ability to operate remotely and provide sales via internet, can operate.' We have that availability," Rob Ruth, president of Bob Ruth Ford said.

Even as neighboring New Jersey, New York and Maryland continue to sell vehicles during the COVID-19 crisis, Pennsylvania car dealers have been ordered not to sell in-person or online.

Right now, as the debate over SB613 continues--which would open all Pennsylvania businesses that could abide by CDC guidelines, auto dealers are watching the progress of two other pieces of legislation that have yet to progress through the state legislature as of Wednesday.

SB841 has a provision that would change Pennsylvania notary law. Under the current law, even with electronic notarization possible, a notary must be present for all online and in-person automotive sales. This is the only hurdle facing Pennsylvania car dealers from selling vehicles, and it's something owners believe not only puts them at a disadvantage, but the commonwealth behind the times.

"That's just egregious. It's completely unfair to our businesses. You're looking at family home dealerships who, if they were operating in Virginia, Maryland or New Jersey, they would operate right now," State Rep. Andrew Lewis (R-Dauphin County said).

And there is plenty of evidence that dealerships, are in fact losing business.

"I spoke with a dealer in my district and he said he had multiple customers contact him and say, 'Hey, we want to schedule inspections because we bought our vehicles out of state," Rep. Lewis said.

"Maryland, New Jersey and New York dealers are proactively advertising through social media and geo-targeting our customers saying, 'Hey! We're open. You can't buy a car in Pennsylvania. Come buy a car from us," Jonathan Casey, owner of Sutliff Volkswagen in Harrisburg said.

Moreover, the notary law is an exception that other states have done away with during the COVID-19 crisis, Casey said. And without the provision, dealerships have the technology to abide by CDC guidelines.

"I could shut down this interview and go deliver a car right now. We're there. We're ready," Casey said. "We have the tools, the technology and the process to do this safely."

We contacted the Governor's Office about the controversy. In response, the Department of General Services Spokesperson, Troy Thompson, said: "The executive detail has not acquired new vehicles, and does not anticipate acquiring new vehicles in the near future. The solicitation, which was limited to dealers licensed in Pennsylvania, has been delayed until further notice."

There was no word on if they had indeed received bids from out-of-state-dealers, or if any Pennsylvania dealers had attempted to apply since all sales departments have been ordered closed.

In the meantime, as dealers await word on when they can resume sales, frustration grows.

"Our inventory is depreciating by the day," Ruth said. :"We, small businesses, are going to protect our communities. I live in the community. I have been around them my whole life. Why would I not want to protect them?"

And the need for vehicles could continue to grow the longer the COVID-19 crisis lasts.

"Some of these folks in these vehicles that have been totaled, including hospital workers I might add, are running out of time or are past time that insurance companies will pay for a rental car," Casey said. "So now they're paying out of pocket or Uber-ing or borrowing cars. These are the people we really need to help."