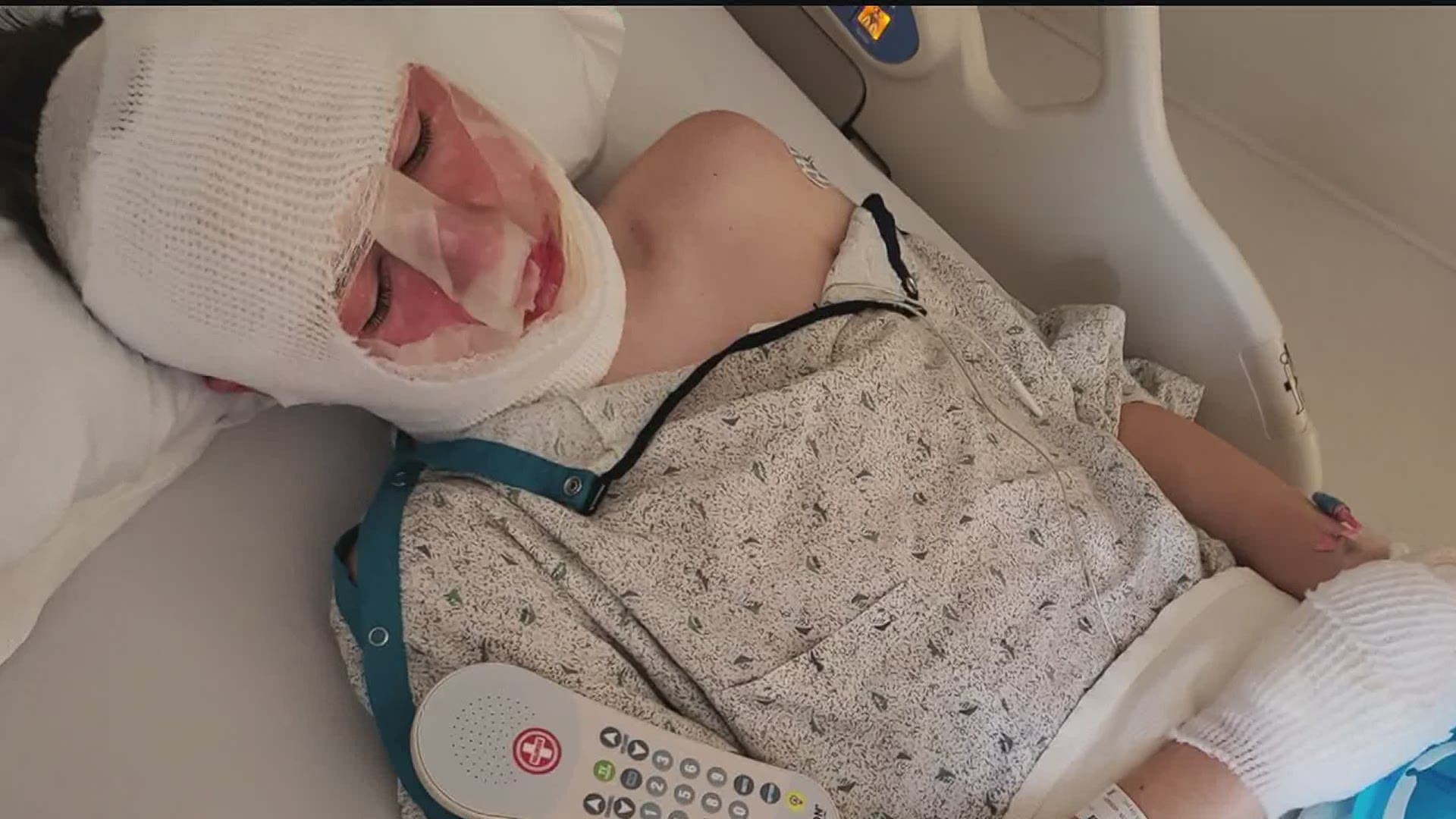 LANCASTER COUNTY, Pa. — Two 14-year-old stepbrothers are recovering after their outdoor fire pit exploded last week, causing severe burns to their hands and faces. And it's not just the boys who are suffering, so are their parents

No sports. No school. So many of us are stuck at home during this pandemic. But for 14 year-old-step brothers Dominick Epstein and Devon Sterner, it's extra boring.

"I feel like I can't really do anything," Devon said. "And I just gotta stay home, which is pretty much all I gotta do, so I can heal."

Last Wednesday both teens were building a fire in their backyard. They were given large pieces of paper to keep it going.

"Usually it's not an issue," their mom Bobbie Jo Epstein, said. "We usually burn it a lot when we're finished with it so didn't really think anything of it."

Their mom went inside. The boys threw all of the paper on top of the fire as it was dying down. Next thing they knew there was an explosion. Dominick, whose injuries were worse, doesn't remember much.

"I couldn't think," Dominick said. "There was nothing. It was just everywhere."

"I pulled up the camera on my phone and I showed him what we both looked like and at the point we both knew we had to come in," Devon said.

Both teens suffered second and third degree burns on their hands and face. They look much better now than they did last week. The problem isn't so much the healing, as it is the means to heal. All of the supplies they need are over the counter, and every time they go out to get more the shelves are empty.

"Because of the Coronavirus everybody has been obviously stock piling on things it's harder for other people to get supplies that need them," Bobbie Jo said.

The other issue is the amount of supplies they need, how fast they go through them, and the cost. Between the gloves, special gauze, and Polysporin ointment, it costs more than $100 a day.

"The ointment is the biggest thing," Bobbie Jo said. "Like it's crazy how much we go through. It has to be on them at all times as thick as a nickel."

Despite these hard times, this family is choosing to look on the bright side. As for which is more painful, the healing process or social distancing, that's still up for debate.

"We like to mess with each other," Devon said. "We'd always make fun of each other, how we look. We would just try to find the good spirits and stuff."

Their doctors expect them to make a full recovery, with only some possible scarring to their hands. Their bills are piling up by the day. You can donate medical supplies through their amazon account, or reach out to Bobbie Jo at kilbygrl22@gmail.com.