Proceeds from the beer 'Adapt and Overcome' will go to the PA Veterans Foundation, which provides aid and support for PA veterans and their families. 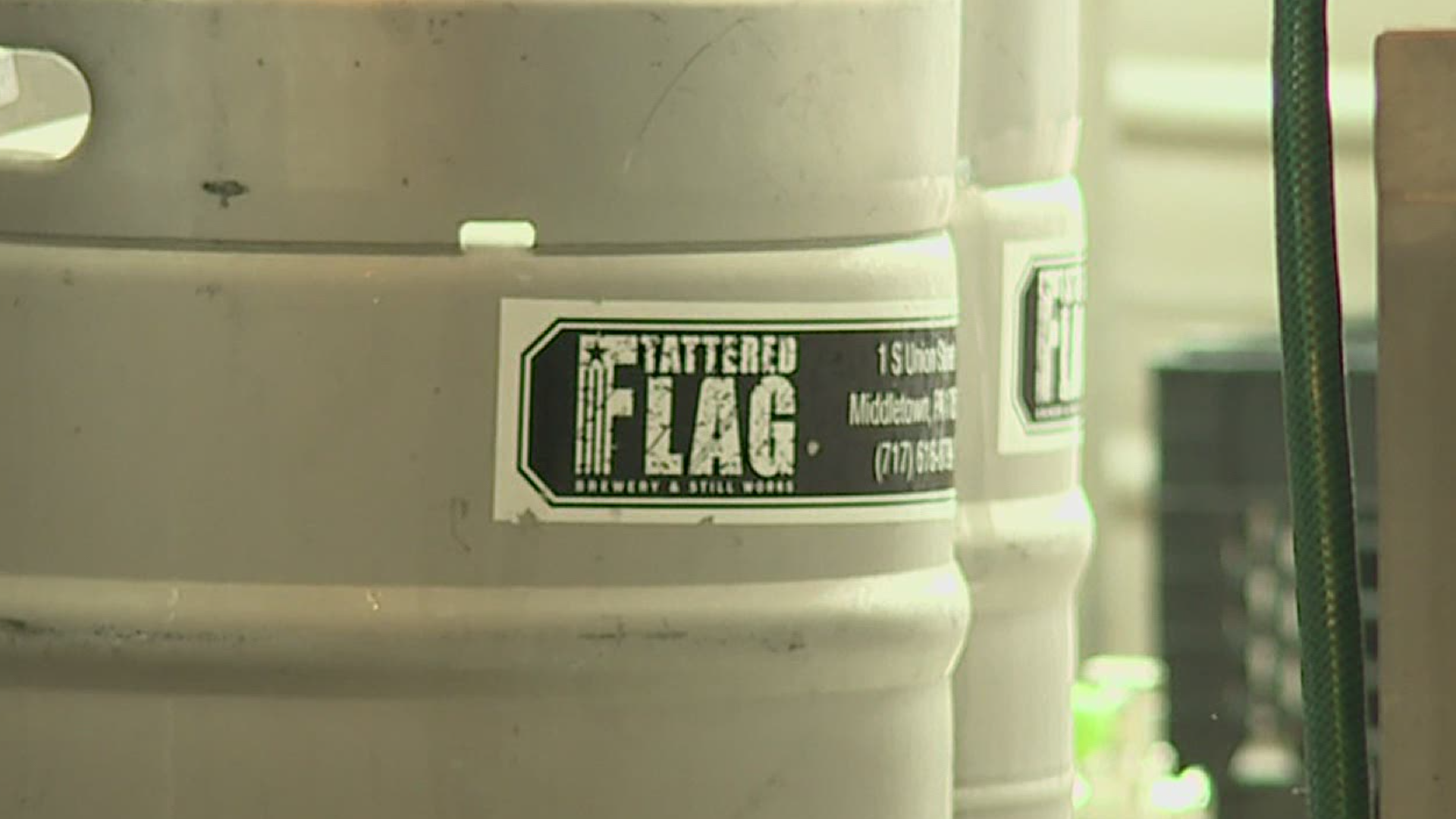 PENNSYLVANIA, USA — Breweries in Pennsylvania, a digital promotion company that specializes in promoting the Craft Beer scene in Pennsylvania, announced Wednesday that it is collaborating with 20 Pennsylvania veteran-owned and operated breweries on a special beer that will be released this coming Memorial Day weekend.

“Adapt and Overcome," a light drinking, Hazy IPA, will be on tap at all 20 participating breweries beginning May 28, Breweries in Pennsylvania said in a press release.

Seven of the 20 participating breweries are based in South Central Pennsylvania.

Proceeds from every pint will go to the Pennsylvania Veterans Foundation, which provides aid and support for Pennsylvania veterans and their families.

Over the last eight years, the PVF has raised more than $2 million toward its mission.

It's the second statewide collaboration between Breweries in Pennsylvania and the veteran-owned brewers. In 2019, the groups teamed up to create "Hurry Up and Wait," which raised more than $19,000 for the Pennsylvania Veterans Foundation.

The groups skipped over 2020 due to the pandemic.

"The Commonwealth of Pennsylvania has a long-standing history of its residents serving this great nation through military service," Breweries in Pennsylvania said in its announcement. "The Pennsylvania National Guard dates its history back to the mid 1700’s when Benjamin Franklin organized the first Pennsylvania Militia. During the years of the Revolutionary War, Pennsylvania’s Regiments were some of the largest populated units in the Continental Army.

"Since the Colonial era, Pennsylvania citizens have stepped up to answer the call for their Country’s wars both at home and abroad. They have served in the PA Guard, Reserve units and on Active Duty. Today, there are over 350,000 Veterans of the Army, Navy, Air Force, Marines and Coast Guard living in the Commonwealth and continuing to serve or preparing for retirement.

"Another area Pennsylvania is a leader in? Craft beer! As one of the top beer producers in the country, the state has become a powerhouse in the national landscape of craft beer. Nestled within that list are a group of Veteran Owned or operated breweries using their skills honed in this Nation’s branches of service to create some truly awesome brews."

In addition to being brewed by veterans, "Adapt and Overcome" will include ingredients from veteran-owned Pennsylvania businesses as well, Breweries in Pennsylvania said. Grain and malt for this beer will come from Deer Creek Malthouse in Glen Mills, and some of the hops being used for the beer have been produced by GEMS Farms Hops in Carlisle -- both of which are veteran owned businesses.

"Adapt and Overcome" was brewed at GearHouse Brewing in Chambersburg and 2nd Story Brewing in Philadelphia.

Tattered Flag Brewing in Middletown, Dauphin County is one of the participating businesses.

FOX43 stopped in to find out why they are taking part in the project.

"Our production manager is a veteran. Our owner is deployed actually out of the country," said Justin Hoak, the head brewer. "WWe have a patch board at the top of our steps, we have a coin board, they will bring in their coins. We have a program 'Buy a Vet a Beer.'"

"Our community supports us. It's allowed our business to be a success. We want to make sure our communities feel recognized. It's not just, 'hey thanks for being our beer, see ya later,'" explained Hoak. "It's obviously important, ya know, because of the charity aspect, but it's fun for us to get to the level of normalcy and interact with other breweries and come together for a positive cause."

After what Hoak describes as a "miserable" year, the sales will also help the breweries involved.

Here is the full list of participating businesses for this project: