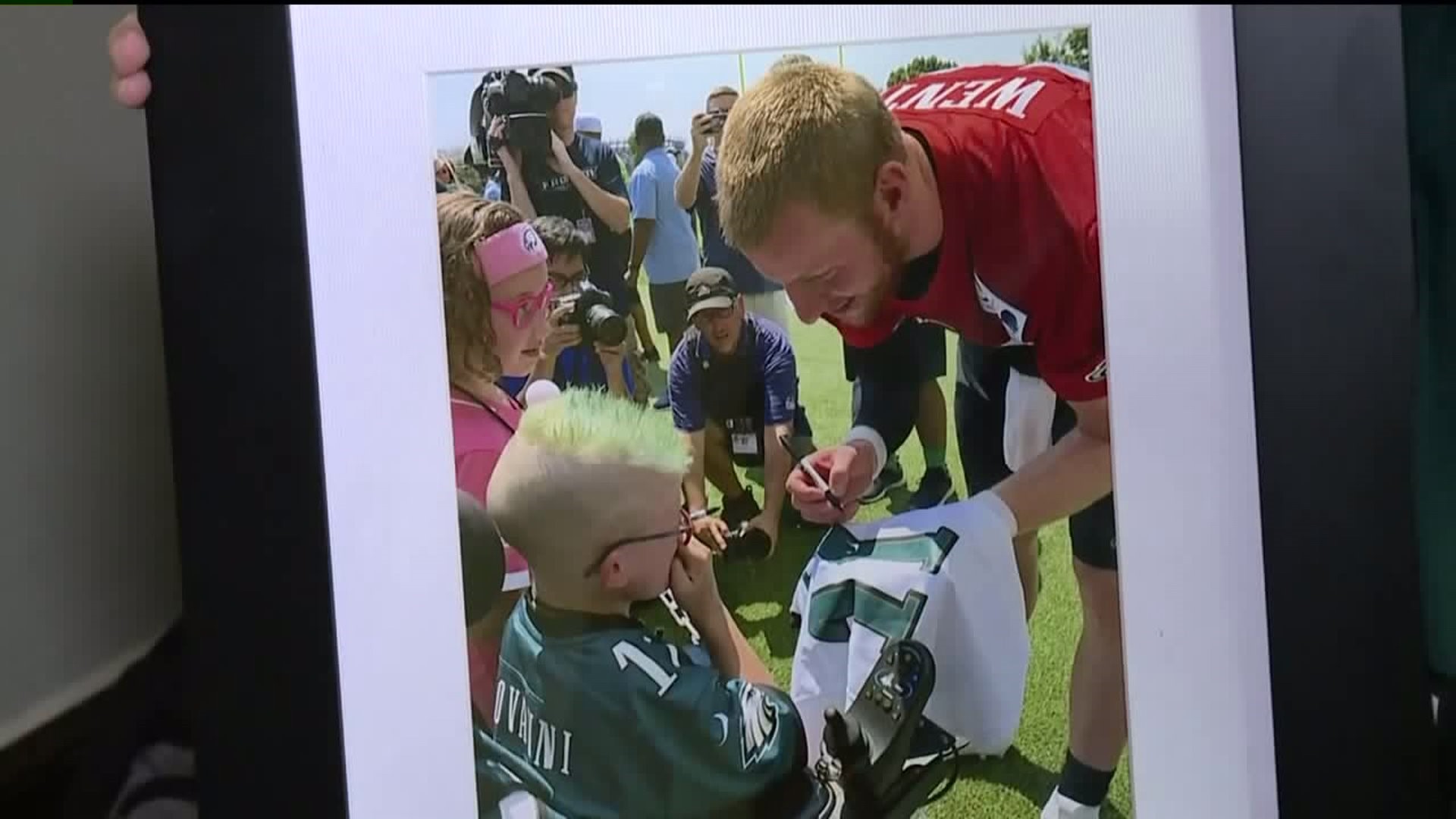 MUNCY, Pa. -- A video of Giovanni Hamilton meeting Philadelphia Eagles quarterback, Carson Wentz, recently went viral. The 11year old from Muncy can be seen fighting back tears as he meets his idol at Eagles training camp.

“It was magical, it was a dream come true, it was just amazing. He is such a nice guy,” Eagles superfan Hamilton said.

Giovanni suffers from Schwartz-Jampel Syndrome, a disease that affects his muscles.

He and his mom were in Philadelphia for a checkup.  Doctors had recently removed pins that had been inserted to lengthen Giovanni's jawline.

“Every day when I had to turn those pins twice a day, we talked about how awesome it would be for him to meet Carson Wentz and Giovanni always mentioned he was his hero and if Carson could overcome his knee then Giovanni could do this,” Hamilton’s mom Shannon Algarin said.

“He’s been through so much injuries and he's just come back from them with his head up … makes me feel like me and him have a connection,” Hamilton said.

During their meeting, Wentz signed a jersey for Giovanni. Since then, the quarterback's jersey has become Giovanni’s go-to outfit.

“No, I don’t think Giovanni will ever stop talking about it, he hasn’t stopped smiling. He's just been watching Eagles footage ever since and he is ready to work for them,” Algarin said.

Inside Giovanni’s "man cave," he had something he wanted to share.

Guess who is going to be on @WNEP tonight?? 🙋‍♂️ can’t wait to show you guys my epic @Eagles man cave. pic.twitter.com/61uSf9Mi5S

After meeting Carson Wentz and gaining a bunch of media attention, Giovanni has one message for the Eagles.

"Doug Pederson and Jeffrey Lurie, you should hire me."

Giovanni dreams of one day being able to call plays for Carson Wentz, the guy he calls his hero.