Pennsylvania’s upcoming deer archery season is on track to be the most popular ever. 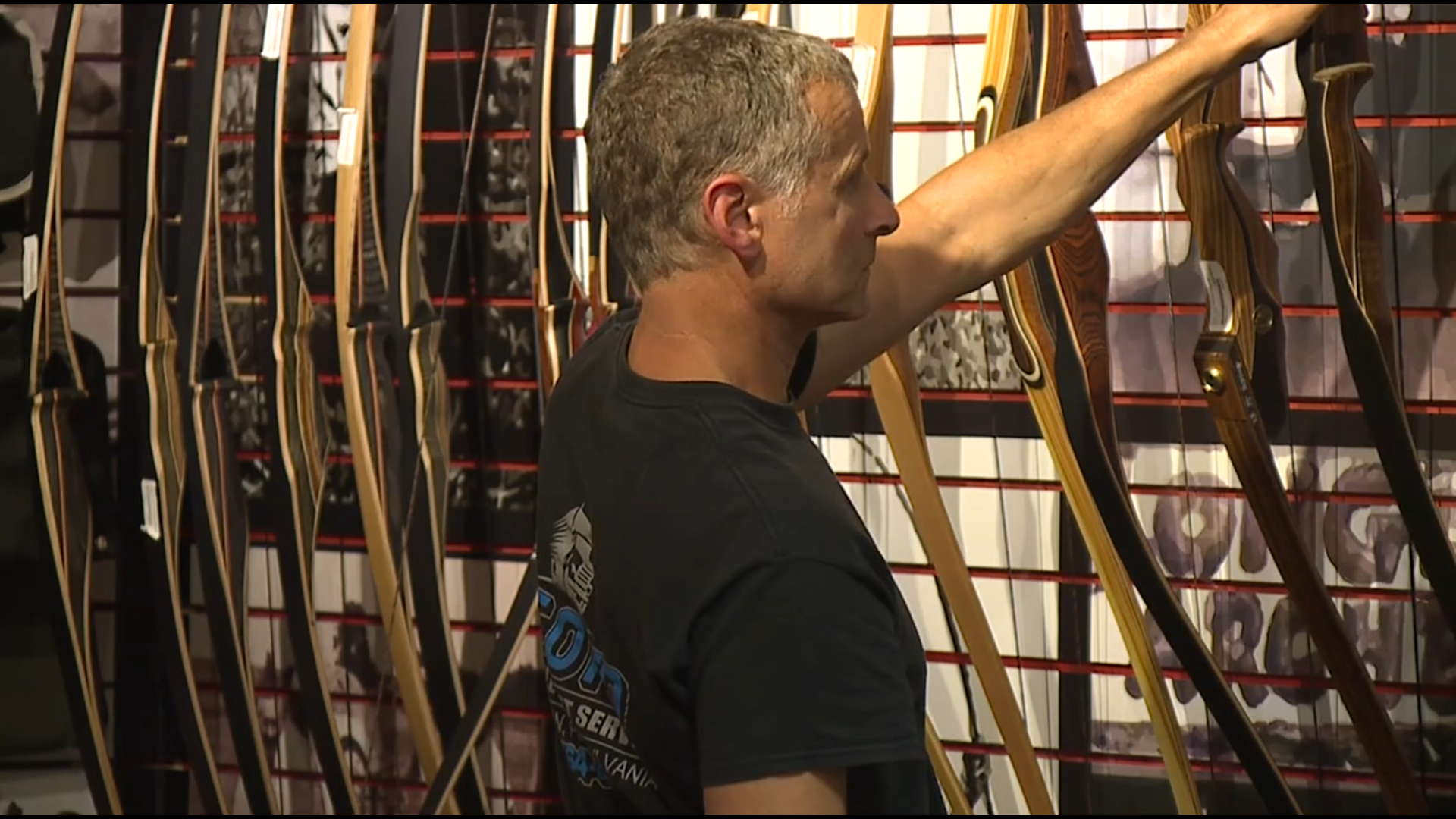 LANCASTER, Pa. — Pennsylvania’s upcoming deer archery season is on track to be the most popular ever, as archery store owners and the Pennsylvania Game Commission report record interest.

Ahead of the season opening day on Oct. 2, bows have been flying off the walls at Lancaster Archery Supply.

“It has been insane, just crazy," PJ Reilly, a technical writer for the shop and archery training school said. "Lots of new people getting into archery for bowhunting, for archery, for recreation. We’ve just seen an explosion in interest."

The Pennsylvania Game Commission sold a record 373,700 licenses last year and is on track to have a total of 500,000 or more bow hunters this year, according to communications director Travis Lau. The increase is part of a long-term trend.

“Our archery season has gained in popularity year after a year for a decade or more,” Lau said.

The pandemic added an extra popularity boost for the 2020 season, when Blue Mountain Deer Processing in Enola handled 50% more meat than in 2019. Owner Dean Deimler said it was the largest single-year increase they’ve ever had.

“We definitely attribute that to COVID and shortages and people thinking that they might need to hunt in order to fill their freezers,” Deimler said.

In response to the influx of people new to the sport, experts are emphasizing safety and training.

“Archery is a little bit different than a firearm,” Reilly said. “There is a learning curve. It takes a lot of coordination and some training to be proficient with a bow and arrow.”

“It’s just nice to be out in the woods,” Bob Cicuto of Hermitage, Pa. said, who has been hunting for more than three decades. “It’s like a cathedral out there, like a church. Peaceful, calm.”