“Do something that’s going to make a change, besides tearing up someone’s business." 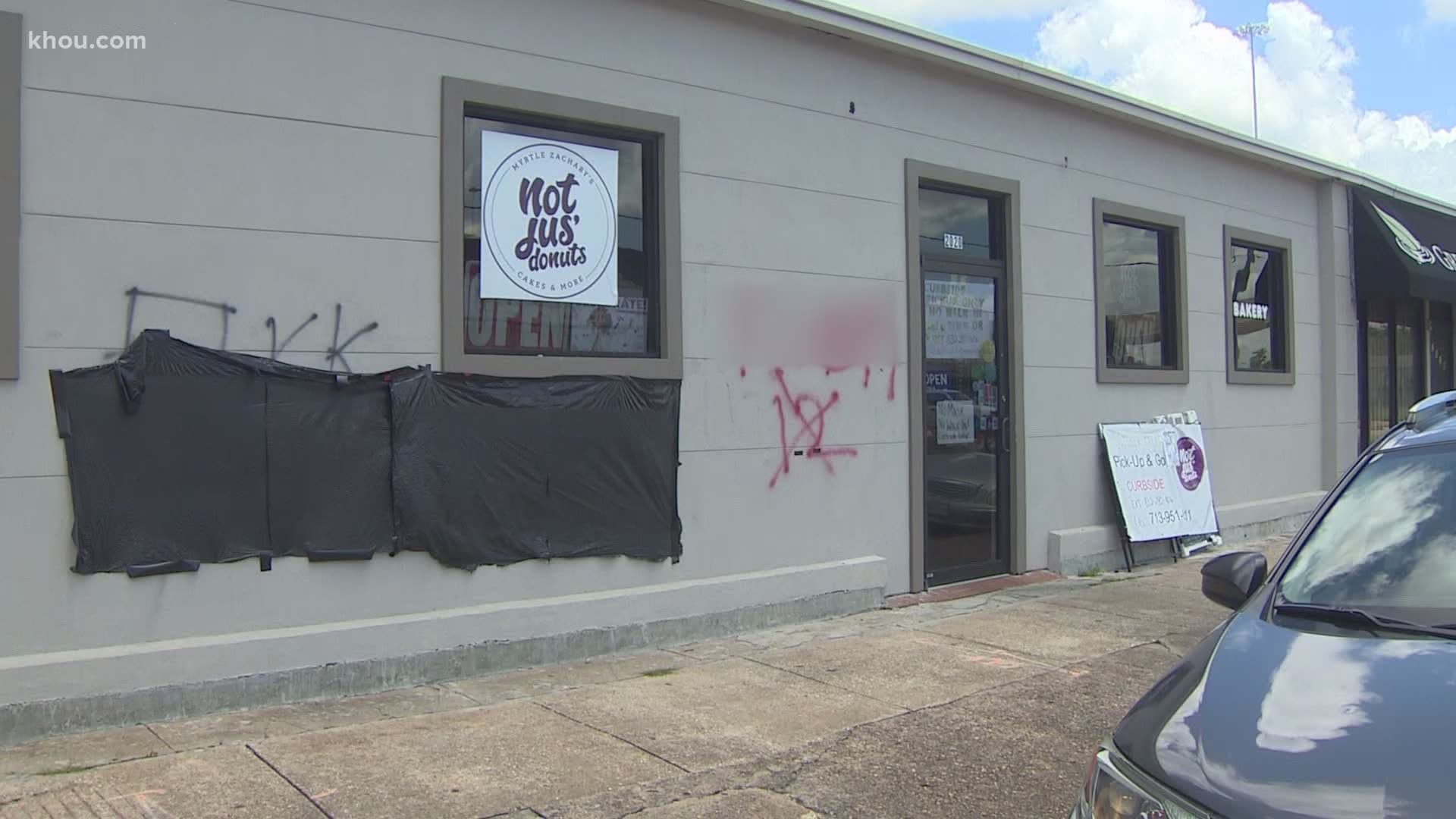 HOUSTON — There have been marches across the Houston area in honor of George Floyd. Most have been peaceful, but there have been some reports of vandalism.

One of the buildings hit in Houston is a black-owned bakery that has been open in Third Ward for the past 19 years.

“We were enraged,” Spears said.

The family found profanity-laden graffiti Sunday morning on their building.

“There’s bad people of every race. There’s also good people in every race. We don’t feel that way about no one, especially not our police officers,” Cotton said.

The bakery owners said they’re upset some people took advantage of protests to cause chaos and conflict.

“Think of some other way you can get your message across in a more positive way," Spears said. "Do something that’s going to make a change besides tearing up someone’s business, writing graffiti on the building or vandalizing in any kind of way.”

For now, the anti-police graffiti is covered up with a tarp.

The family is waiting a few days to repaint just in case it happens again.