The colonial connection to gun rights | Birth of a militia

The second of a five-part series explores the 18th century roots of American militias and why their history is intertwined with gun rights. 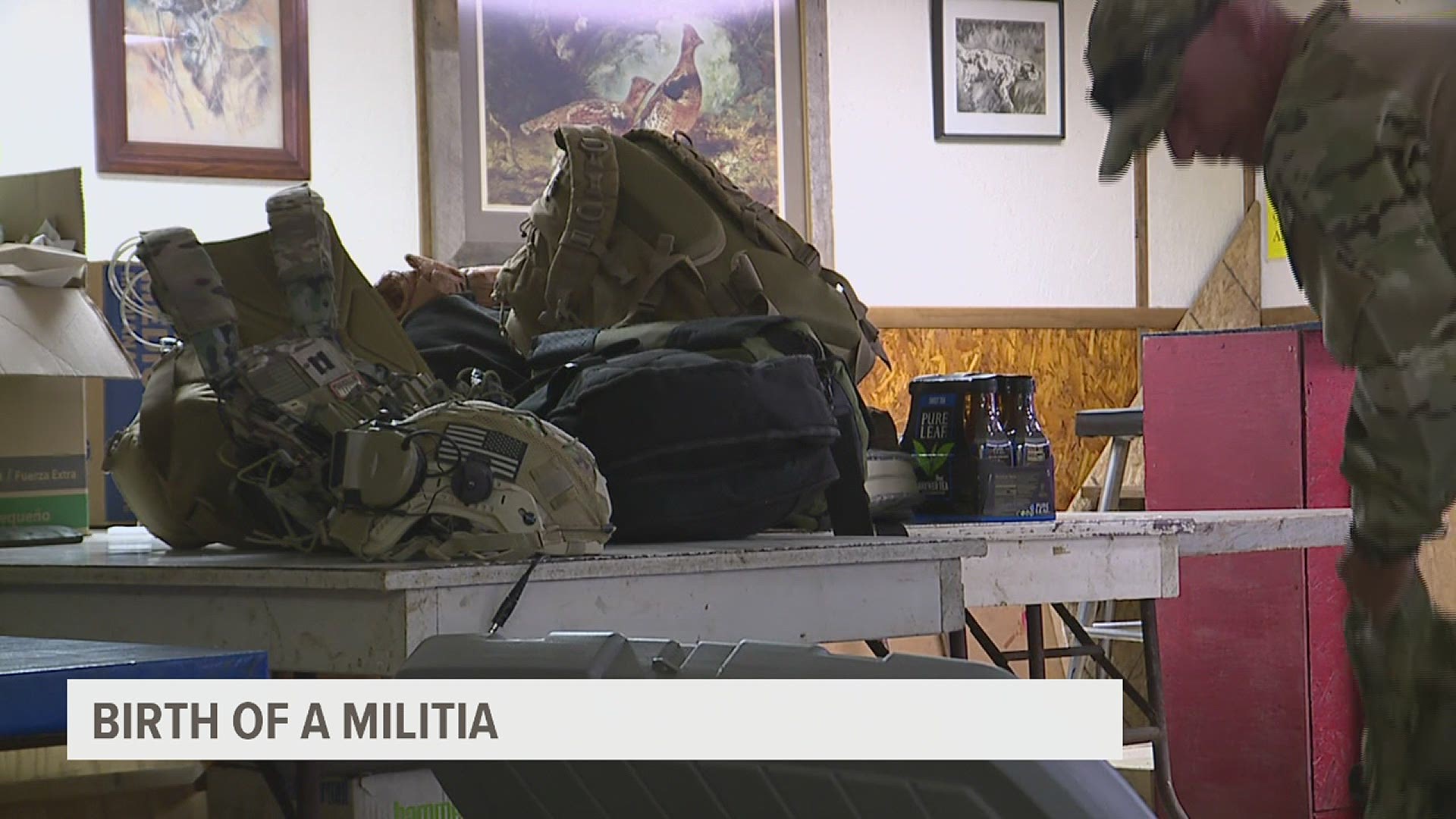 “A well regulated Militia, being necessary to the security of a free State, the right of the people to keep and bear Arms, shall not be infringed.”

It’s not surprising, then, that militia groups tie their existence to that sentence. Many focus on the term “militia” that is used in lieu of “army.”

“It doesn't say a well-regulated army,” said Donald Red “Pops” Hustler, Jr., member of the Pennsylvania Volunteer Militia. “Militia are those private citizens who at any given moment, leave their occupations, leave their families, leave the comforts of their home to protect those that they love.

That reading depends on a specific definition of “militia,” however. The original meaning of the term is not the same as today’s, constitutional scholars said.

“The idea of a well-regulated militia means a well-trained militia. It’s not the same thing as saying that we can impose regulations on the militia, but it does indicate that people just owning weapons and operating vigilante-style is not within the intent of the Second Amendment,” said Michael Dimino, professor of law at Widener Commonwealth Law School in Harrisburg.

The Second Amendment was written in 1787, in the wake of the American Revolution. Prior to that, many Americans considered British troops to be an occupying army.

Colonial militias were akin to an early form of the draft: all able-bodied men (later restricted to white men in most states) were required to serve. Militia members were required to bring their own weapons and supplies, and militia service remained deeply unpopular among the people.

Over the next 75 years, the United States developed a professional army and police forces, doing away with the need for militias.

More than two centuries later, the modern militia movement was born in the United States around the 1990s.

“The historical or statutory militia is a completely different thing from militia groups in the militia movement,” said Mark Pitcavage, senior research fellow at the Anti-Defamation League’s Center on Extremism. “They essentially tried to pretend that they either were the historical or statutory militia or were descended from them, but in fact they’re just a bunch of guys who decided to form an armed group.”

Credit: Harri Leigh/FOX43
An AR-15 rifle owned by a member of the Pennsylvania Volunteer Militia.

Modern militias serve a different purpose, with a strong focus on protecting society from a tyrannical government.

In defending the militia’s right to exist, one member of the Pennsylvania Volunteer Militia quoted a letter written by Thomas Jefferson in 1787. Jefferson was commenting on Shay’s Rebellion, in which an organized state militia had put down an attempted overthrow of the government in Massachusetts:

“What country can preserve its liberties if their rulers are not warned from time to time that their people preserve the spirit of resistance? Let them take arms… What signify a few lives lost in a century or two? The tree of liberty must be refreshed from time to time with the blood of patriots and tyrants.”

Guns are a necessary aspect of a militia’s purpose, members argued.

“The militia movement is completely wrapped around the issue of firearms,” Pitcavage said.

The U.S. leads the world in the most civilian-held guns per resident, with 120.5 guns per 100 residents, according to the international non-profit Small Arms Survey. That’s more than double the rate of the next country on the list, Yemen, which has 52.8 guns per resident.

A challenge militia members said they were ready to take on.

“You come for me and you threaten me, it's hard to tell what this boy is going to do,” said Hustler, Jr.

This is the second in a five-part series taking an honest look at the modern militia movement and how the Pennsylvania Volunteer Militia’s vision fits in it. The series will continue May 18 to explore the military nature of the militia and why militia leaders say they can help local law enforcement.

RELATED: Birth of a militia: The narrative