Could certain cities soon be allowed to ban some fireworks?

Fireworks proposals were added into SB932, which was originally intended to be a bill to help firefighters 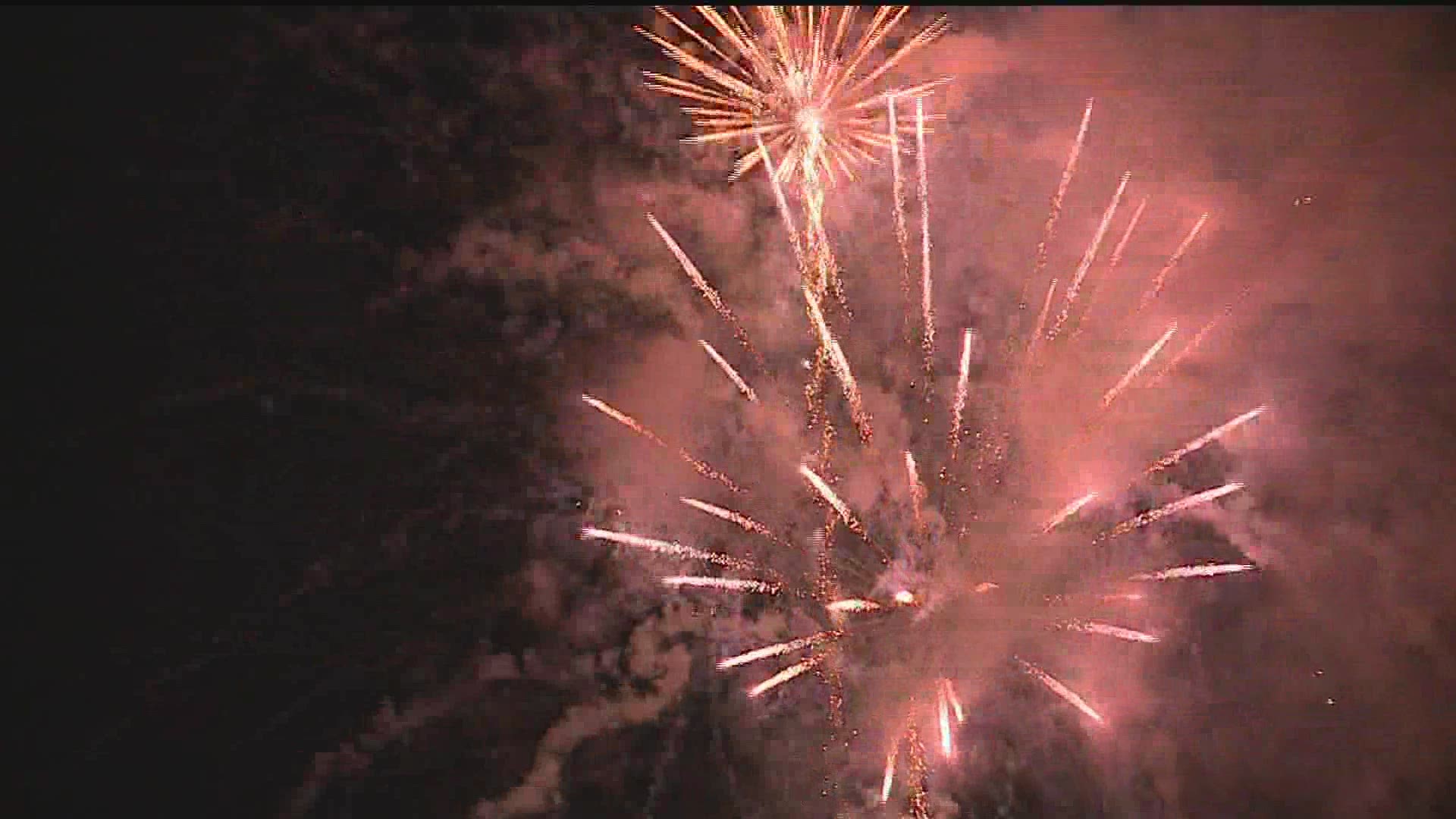 When Senator Lisa Boscola drafted Senate Bill 932, she never envisioned it as a fireworks bill. She meant it as a bill to help firefighters.

But now, an amendment has been added by other lawmakers that has implemented language into the bill that would clear the way for certain cities to decide if they want to ban certain consumer fireworks.

"With July 4th coming up a lot of fireworks were being set off in neighborhoods across the Commonwealth and various Senators were saying, or trying, to put bills in that would deal with these fireworks," Boscola said as she later added, "they thought if they amended my firefighters bill the fireworks bill would get out of the Senate quickly."

"If you look at the firework amendment, it says municipalities can ban. They don't have to, right? It doesn't mandate. It says if a municipality wants to ban these types of fireworks they can. But it only said it applies to Philadelphia, Pittsburgh, Scranton, or cities of the third class or 58,000 population which is only Allentown, Erie, Reading, Bethlehem, Lancaster," she said.

But, Boscola said, as the discussion continued more lawmakers wanted to add their municipalities to the bill.

"They were hoping to get it through by the 4th of July and it became apparent because of the language in the fireworks bill not including municipalities or all municipalities that it was becoming a problem," said Sen. Boscola.

If the bill is passed with the fireworks proposal, it would also clear the way for fines for anyone who violated the bans that were put in place by cities that chose to implement them.

"Certain people ruin it for everybody," said Sen. Boscola. "Most people are responsible. They are setting them off responsibly."

A 2017 law expanded the fireworks consumers were allowed to set off in Pennsylvania. But, after complaints in 2020 over where and how people were setting them off, lawmakers said they began to discuss allowing communities to decide if further restrictions were needed

"We did put restrictions in (in 2017). You know, it had to be 150 feet from an occupied structure. You can't set them off towards a building or vehicles and people aren't listening to those restrictions," she said, who added the recent complaints have stemmed mostly from large urban cities where a lot of people are close together.

Boscola said the other issue that complicated the passage of the fireworks amendment was the discussion over how to enforce the bans.

"I didn't want to add it to my bill because my bill was a very clean bill. It dealt with hybrid fire companies. It was noncontroversial. Now, it becomes controversial," she said.

Boscola said she hopes moving forward the fireworks amendment is withdrawn and instead becomes a free-standing bill for the General Assembly to consider.

Meantime, she hopes SB932 will be refocused once again to discuss the issue of helping fire companies.

The original intent of SB932 reads as follows:

"I plan to introduce legislation which would make changes to the current limitations in the law which permit volunteer firefighters' relief associations (VFRAs) to use state aid funding. In a recent audit report of a fire department, the state auditor general highlighted the fact that several laws provide financial aid to volunteer fire departments, however they are limited in the scope of which those funds to a VFRA can be used. My intention would be to work with the departments and associations to expand the scope of which those funds can be used, and also amend Act 118 to include departments that have both paid and volunteer firefighters. For decades now, volunteer fire departments have seen shrinking numbers, all the while those volunteering their time split much of it between training and being a fundraiser. If money is sitting in VFRA accounts that cannot be used any further by the fire departments, then it's imperative to make a change to the law to permit these funds to be wholly utilized. I hope you will join me in co-sponsoring this legislation."

"That bill was mine, 932," said Sen. Boscola. "And it was allowing hybrid fire companies to tap into loans and grants. I wanted it to be hybrid because a lot of time volunteer fire companies, they can't afford to stay open. They need to hire somebody full time. So, they might have one full-time employee, and the rest are volunteers and they weren't able to apply for grants alone."