Want a COVID-19 vaccine with your cut? Here's why some Black-owned barber shops and salons will soon offer both

The White House announced the "Shots at the Shop" initiative which will engage Black-owned barber shops and beauty salons in an effort to improve vaccine outreach. 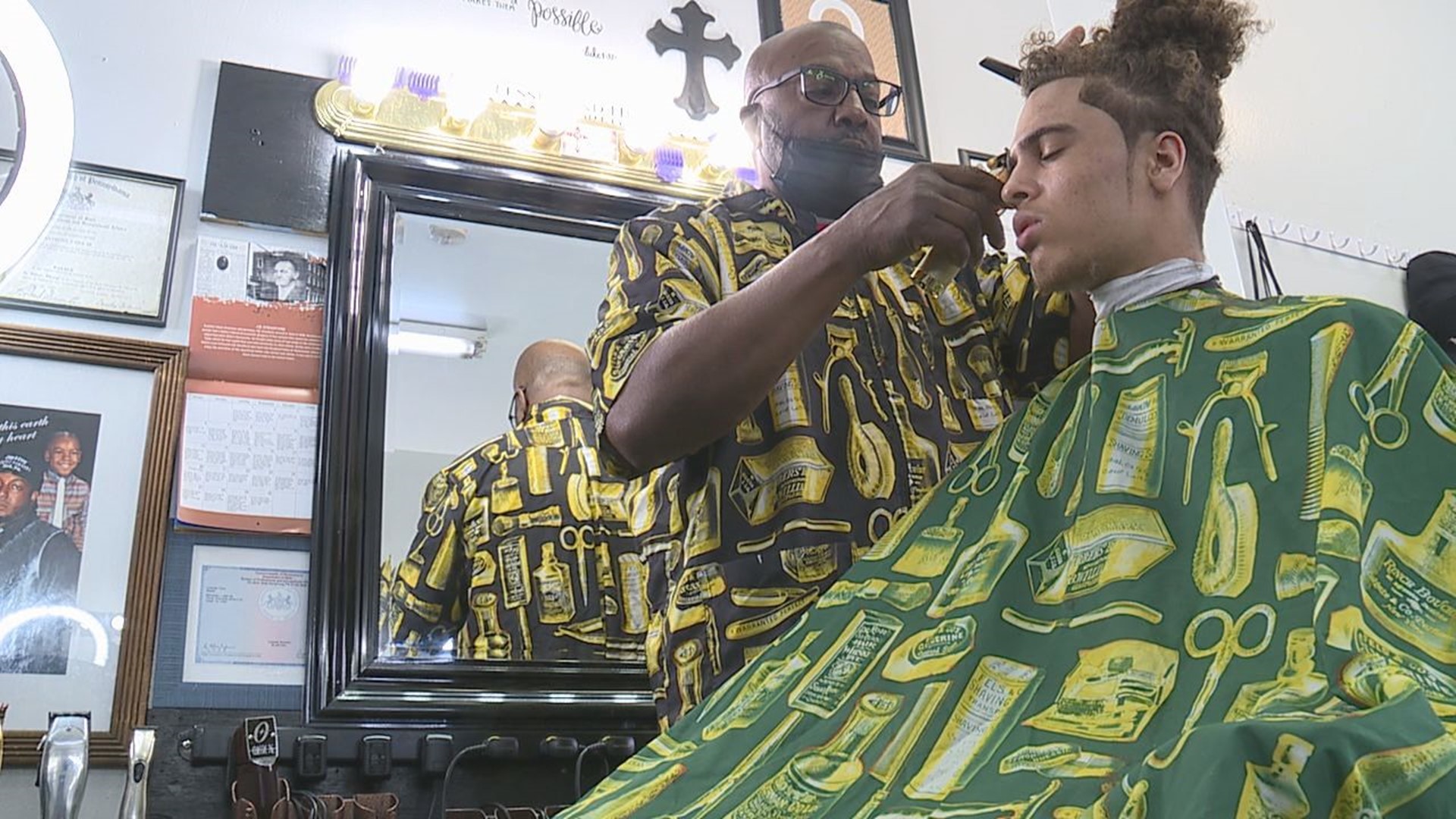 Wednesday, President Biden's administration announced a month of action to meet that goal.

Part of the action involves getting 'Shots at the Shop' or engaging black-owned barbershops and beauty salons to support vaccine education and outreach efforts.

FOX43 went to multiple barber shops in York to gauge how workers and clients feel about the initiative and if they think it will work.

"We've had numerous conversations. We talk about life," explained Jared Poist of York. "What's going on in the news -- it could be anything."

Honest talks happen in the chairs at Cornerstone Barbershop and Shave Parlour in York.

"If you're talking to a client, it's a very third party, and I'm a third party for them. I ask people opinion, or they ask mine, and you can give it, because it doesn't effect you, and so you can give a very honest opinion," explained Jason McGarry, the owner.

McGarry says COVID-19 has certainly made the cut.

"People ask me, like if it comes up naturally, I'm like, 'yeah, I'm vaccinated,'" said McGarry. "If they want to talk more about it, I'm more than willing."

President Biden wants more of those conversations to happen inside black owned barber shops and salons. Throughout June, participating shops will engage customers with vaccine information, and besides a trim, people who want one will also be able to get the COVID-19 vaccine in partnership with local providers.

"I think it's a good idea in general to go to places where there is already trust built," added McGarry.

"Why is it pinpointing black barber shops? It should be anyone who does hair," said Joseph Mason of York.

Mason spoke on behalf of Tony Orr Sons and Daughter's Barber Shop where quite a few customers tell FOX43 they're not a fan of the new initiative or getting vaccines for that matter.

"My first experience with a vaccine was years ago," explained Mason. "I got a flu shot for the first time. Four days later, vomited, diarrhea, chills, and missed four days of work."

Mason is mostly reluctant because he doesn't want to miss work if he has a reaction to one of the doses.

"I'd take a sniffle, little cough, but when you're down and out with the flu missing work.... No. It's not worth it, unless Mr. Biden says 'okay, after the second shot, if you get sick, your company has to pay you while you're sick.' I think more people would take the shot," said Mason.

The Biden Administration says the 'Shots at the Shop' initiative is putting a particular focus on supporting shops in some of the hardest hit areas where there are significant gaps in vaccination rates.