How are your ballots being handled? Here's a look behind closed doors. 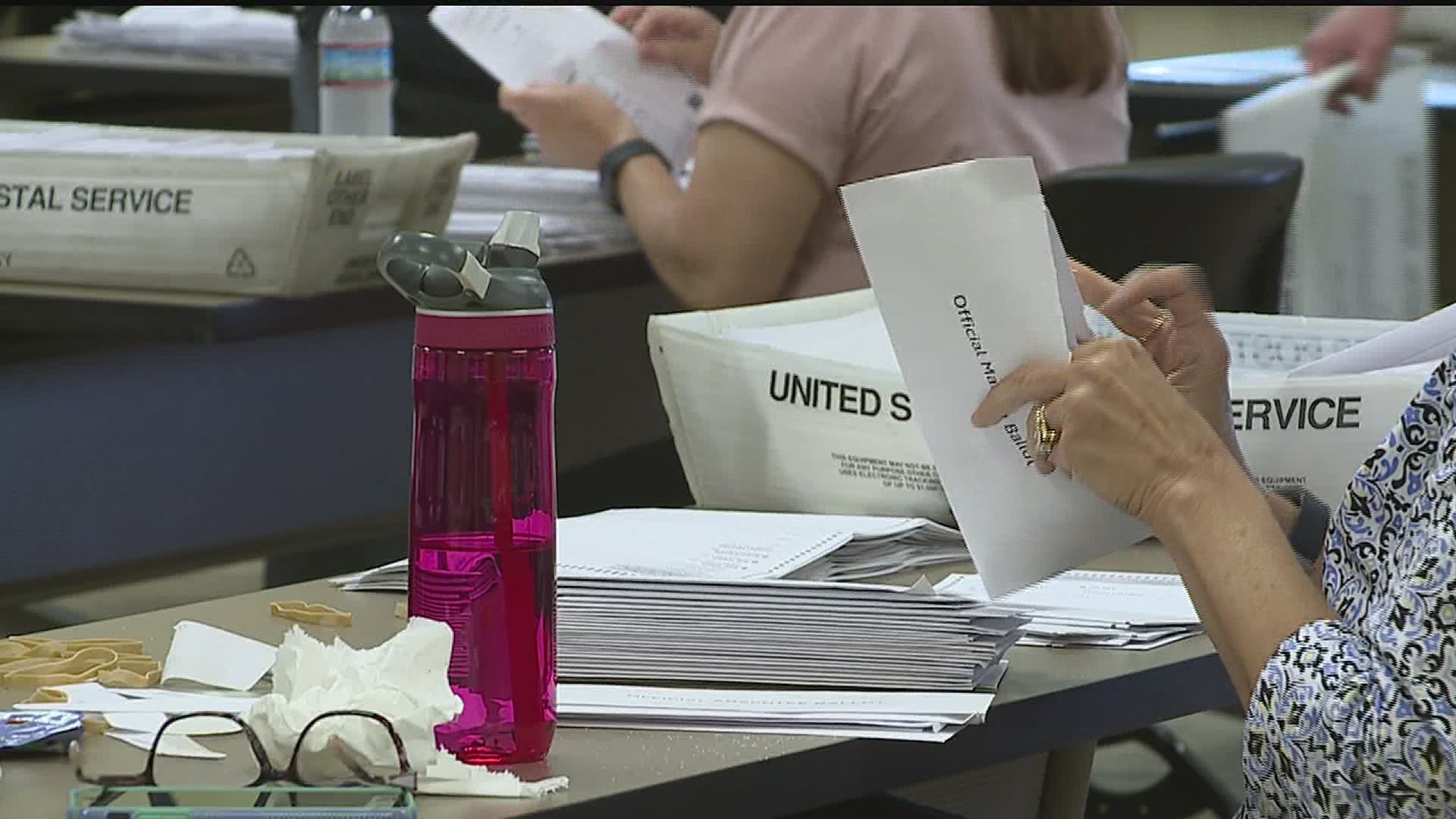 Inside the restricted room where envelopes are being opened in York County, there is a hum of concentration.

FOX43 was granted access inside as county workers sat side-by-side, sorting through ballots before the large stacks were transported to a secure location to be scanned.

York County is expecting 54,000 mail-in ballots by the end of Tuesday. But, workers couldn't start counting the large number of ballots they had already received until election morning, per state requirements. County officials say, no question, that will delay the results.

RELATED: Want to vote? Make sure you're prepared for Tuesday's primary election

"We have to work with the state to streamline and make this process more efficient because this is not going to work effectively come the General Election," said President Commissioner Julie Wheeler, who described the process of setting up for the primary election as 'difficult.'

Wheeler takes issue with the May 26 deadline that allowed voters to apply for a mail-in ballot up to one week before election day. She said the county was flooded by thousands of last-minute applications that required the county to rely on manual labor and the mail to get ballots to voters on time. She suggests changing the deadline to two weeks before the election to ensure everyone gets their ballots before election day.

The COVID-19 crisis compounded the difficulties. York County, along with other counties in the region, consolidated polling places and polling locations added safety protocols such as plexiglass, sanitizers, and masks.

The York Fairgrounds was the site of 8 consolidated polls alone, but voters that spoke to FOX43 on Tuesday praised the county's efficiency.

"I loved it. I expected it to be a cluster mess. But, it wasn't. They were organized, you know," said voter Diane Leib of West Manchester Township who added, "it was awesome."

Positive reviews are welcome in York County, who last year faced overwhelming complaints of long lines at the polls and a lack of privacy. The county purchased 65 new voting machines in January 2020 to add to the 180 it already had in order to alleviate stress.

RELATED: Long lines, lack of privacy among issues York County will work to resolve for 2020 election

On Tuesday, the county also moved its indoor mail-in ballot drop-off location on Market Street outside in order to allow voters to drive up and hand their ballots out the window to county workers, who then placed the ballots in a secure box.

"They don't have to park, they don't have to worry about meters, let alone coming into the building," said York County Chief Deputy Treasurer Meredith Schreffler, who was working the drive-thru drop-off site. "I think it's been very helpful."

Wheeler escorted FOX43 into the secure room where the ballots were opened, explaining the process in which ballots are handled from start to finish. Representatives from campaigns are also invited to sit in the room or watch downstairs via a live feed, to ensure votes remain secure as they are opened.

"When the ballots come in, on the back of the ballots is a barcode that is unique to each individual voter. So, that barcode gets scanned and what that does is that prevents us from double counting," said Wheeler. She added, "if somebody would also happen to go to a poll location today and vote and had also voted by mail-in ballot, only the mail-in ballot would get counted."

After the barcode is scanned, the unopened ballots go through one machine which opens the outer envelope. Then, the ballots run through another machine to open the inner envelope.

County workers flatten the ballots and stack them before the ballots are taken to a secure location to be scanned by election officials.

"We do not have one individual that goes with the ballot through the entire process," said Wheeler, who added no one is ever alone with the ballots and no one can leave the room unattended. The county employees who participate in the process also undergo background checks.

Governor Tom Wolf announced late Monday that certain counties would have mail-in ballot deadlines extended due to recent protests and unrest in the state. However, York County was not among the counties granted an extension.

"Obviously I'm a little disappointed," said Wheeler who once again noted the amount of mail-in ballots the county has received.

Wheeler said as of Tuesday morning, the county had received only 34,000 of the 54,000 mail-in ballots that it expected.