The Prison Board of Inspectors is still awaiting the results of a medical review into those deaths and an investigation involving the prison director's suspension. 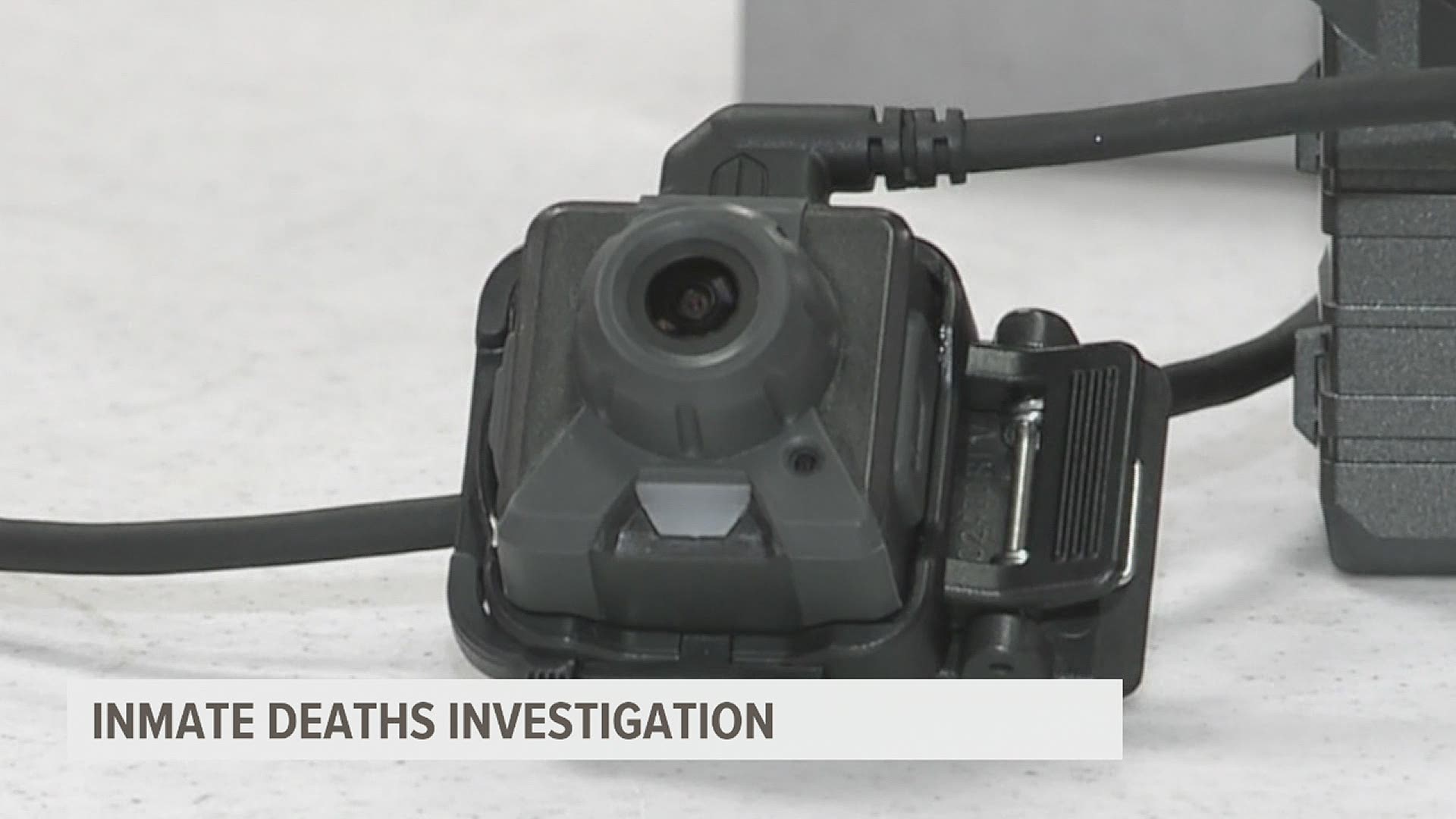 DAUPHIN COUNTY, Pa. — Autopsy results have been released in the August deaths of Dauphin County Prison inmates, providing a clearer picture of what caused the two inmates to die just nine days apart.

Dauphin County District Attorney Fran Chardo said inmate Jimmy King Jr. died a few days after a fist fight with his cell mate. The 50-year-old died at Hershey Medical Center on August 29 after he was found minimally responsive in his cell.

“The forensic pathologist determined that the cause of death was complications from traumatic brain injury and the manner of death was homicide,” District Attorney Chardo said.

The District Attorney’s Office conducted an investigation into King’s death, reviewing all video in the case. DA Chardo said the homicidal act was not captured on video because it occurred in a prison cell, where cameras are not installed. The other inmate gave what authorities determined to be a credible statement admitting that he had been in a mutual altercation with King.

“Mr. King did not show any signs of any traumatic injury in the days after that in such that would require hospitalization and it only manifested itself long after that,” District Attorney Chardo explained. “It would not support a criminal homicide charge.”

Autopsy results have been released in the August deaths of two Dauphin County Prison inmates. The manner of death in one of the cases was deemed a homicide by the county coroner, DA says. DETAILS on @fox43

King’s death is under an ongoing medical review that began last month by independent investigator, Michael Murphy. Murphy is also conducting a medical review of the death of inmate Herbert Tilghman.

There is a second investigation underway involving Director of Corrections Brian Clark. In an unrelated action, the Prison Board of Inspectors hired an independent investigator with Post & Schell to conduct a personnel review into Clark, who was suspended with pay on August 29. Details of his suspension have not yet been released.

“We think that when the body cameras are introduced, it’s going to be a major improvement in a lot of ways,” said Frank Lavery, Jr., solicitor for the Dauphin County Board of Prison Inspectors.

The body cameras would not record until activated by prison staff. Once the button is pressed, the previous 30 seconds will have already been recorded. Inmate advocates said they want to see body cameras set on record during an entire shift.

“If they are allowed to turn them on and off, that basically defeats the purpose,” said Destiny Brown from the Pennsylvania Prison Society. “There are too many deaths, too many beatings that I’m hearing, that are going on in Dauphin County [Prison]. Those cameras need to be on as soon as they come into work.”