An unprecedented number of mail-in ballots being processed across PA; what you should know

Election officials say get in your mail-in ballot applications sooner rather than later. 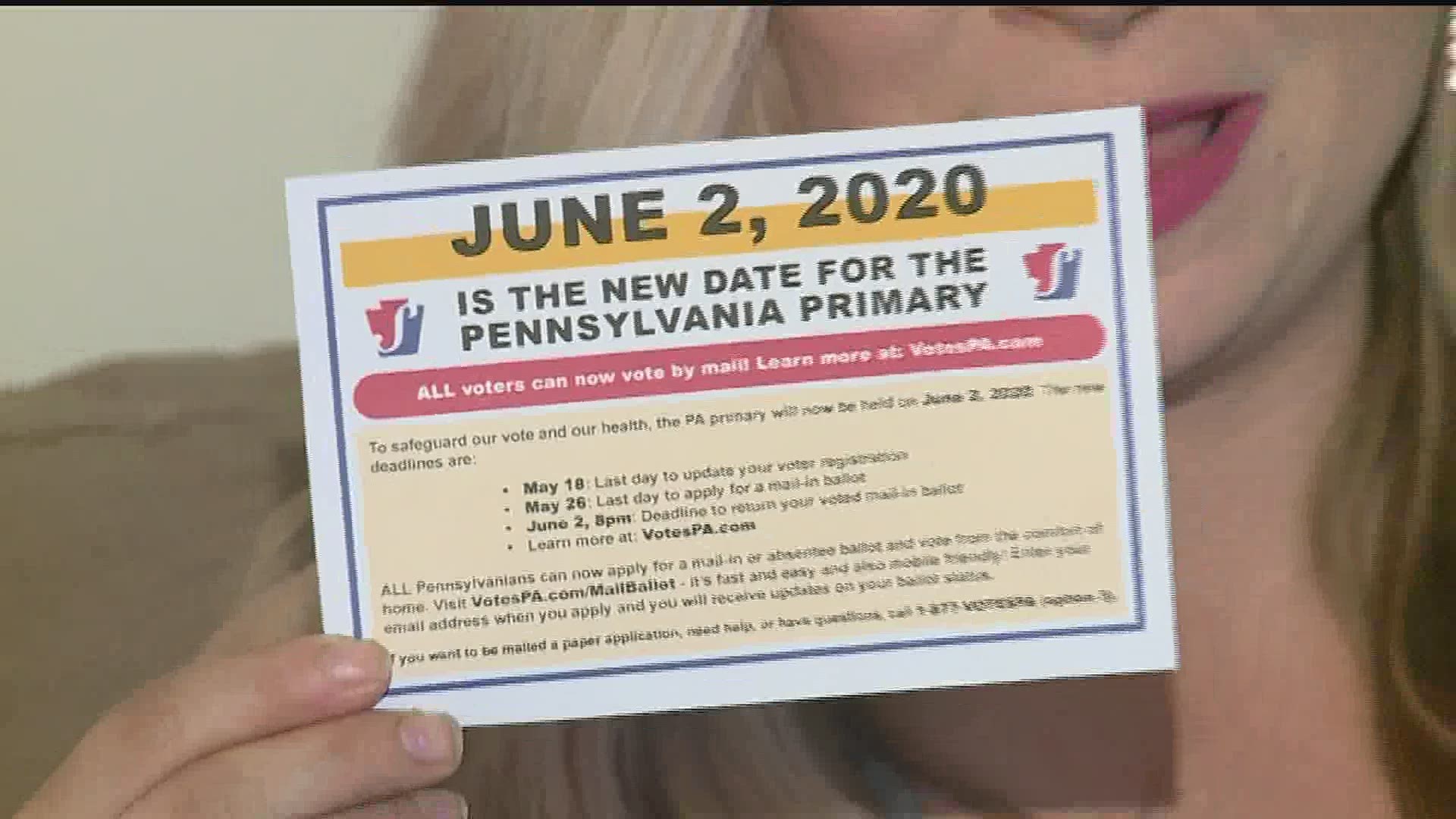 LANCASTER COUNTY, Pa. — Pennsylvania's primary election would have happened Tuesday, but COVID-19 pushed that back until June 2.

The pandemic is also changing the way ballots are cast. Now, counties across the state are seeing unprecedented numbers of mail-in ballot applications.

You may have received a flyer in the mail, not only giving the new primary deadlines, but also encouraging voters to cast their ballots from the comfort of their homes. In fact, thousands already have requested to do so.

You can request a mail-in ballot here.

“We have received so far and have processed over 25,000 mail-in ballot applications,” explained Ray D’Agostino, a Lancaster County commissioner who is also on the county’s Board of Elections. “That's double the amount - the highest amount we ever received before."

Voters in Lancaster County can expect to receive their mail-in ballots about a week after sending the application in the mail.

“That's a tricky part right now,” added D’Agostino. “The mail is a little slower than usual. We're able to keep up pretty well. We've got both our own staff working at it feverishly.”

Elsewhere, voters have reported waiting weeks for their ballots. Wanda Murren with the Department of State responded via email, saying, “We have really tried with our messaging on website and social media to make it clear to voters that, if they were applying early in the process, they would not receive their ballots immediately."

She is urging voters to apply for a mail-in ballot now and not wait until the May 26 deadline, which is exactly one week before the election. She is also warning that voters who wait until the last minute may have to deliver their ballot directly to their county election office. While the whole process may seem very different than years past, election officials say it is safe.

“There is now barcoding,” explained D’Agostino. “It [your ballot] comes into a central location, and it has to be, you know, open. Then, the barcode is scanned.”

If you do decide to vote in person, D’Agostino says poll workers are taking every precaution, including, wearing face shields, having pens for voters to keep, and having tape on the ground which indicates proper social distance.

Again, voters can update their voter registration and apply for a mail-in ballot on Votespa.com.