As part of a plea deal, Justo Smoker, 35, led authorities to Stoltzfoos' body and confessed to killing and kidnapping the young Amish woman. 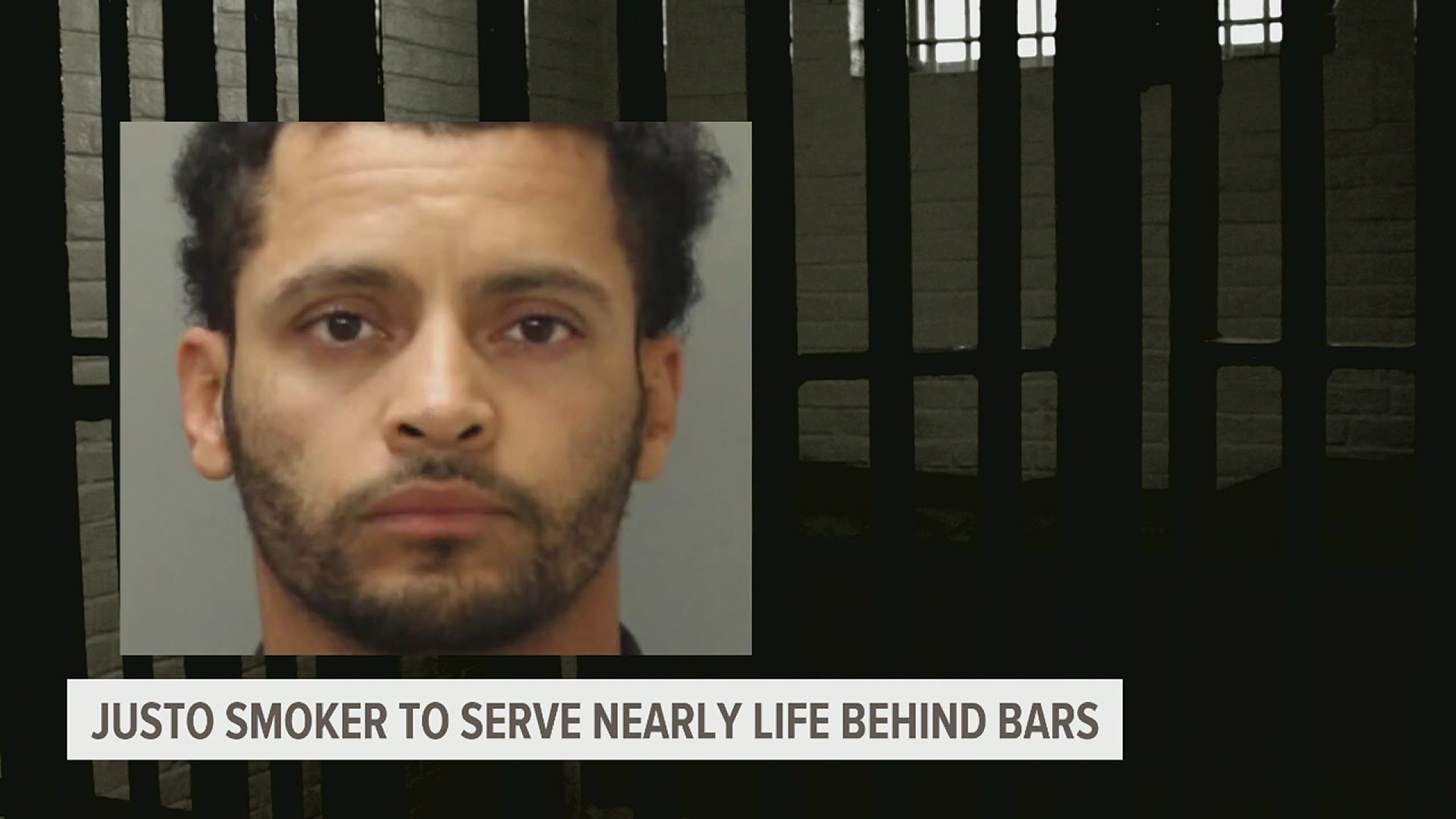 LANCASTER COUNTY, Pa. — An emotional day for friends, neighbors, and family of Linda Stoltzfoos: As part of a plea deal, Justo Smoker, 35, led authorities to Stoltzfoos' body and confessed to killing and kidnapping the young Amish woman.

Reaction to the guilty plea poured in from Lancaster County and beyond on Friday. Some people wish Smoker faced an even harsher penalty.

"I think it's a blessing. That was a terrible, terrible thing to do to a little girl," said Gwyn of Lancaster, who did not wish to give her last name.

Smoker, who has spent years behind bars for other crimes, will face up to an additional 88 years in prison. The Lancaster County man plead guilty to what's been called the most heinous of crimes. He also violated parole.

"He didn't violate by not showing up to an appointment or by drinking alcohol, he violated by committing an offense that was, the most violent offense we can commit. When looking at that, those circumstances, plus the heinous nature of this crime, I don't know who in their right mind would give him a third chance," remarked Heather Adams, Lancaster County's district attorney.

"I think people really wanted him to have the death penalty, but he got what he deserves. He'll be in jail. He'll be miserable," stated Jack Messina of Lancaster County.

Messina knows the Stoltzfoos family and lives less than 2 miles away from their home.

"It has been heart wrenching. It really has... especially knowing the family," commented Messina. "I find it very difficult to go down the road they live on because you immediately think of Linda and how horrible it was for Linda."

Members of the community can recall last Father's Day when Linda never made it home. The days and weeks following were filled with searches, panic, and worry.

"So very sad and shocking. We like to think that we're safe," said Debra Swanson of Conestoga, Lancaster County.

"Groups of Amish and English would be walking around the neighborhood checking under bushes, checking in sheds, asking if you've seen anything," recalled Messina.

In their journey to justice, authorities set three goals: Bring Linda home, to secure a murder conviction, and to protect the public. As time went by, Adams said authorities became less confident in their ability to accomplish the first.

"Knowing what we know now, we fully believe we would've never found her without his help," said Adams.

As part of the plea agreement, Smoker led authorities to the area behind his workplace in Gap. He buried Stoltzfoos 42 inches below the ground.

The family has since laid Linda to rest.

"It's not going to bring Linda back, but hopefully, it's a good resolve for it," added Messina.