Borough and regional police departments, as well as National Military Park rangers, say they are monitoring the situation and will take appropriate safety measures 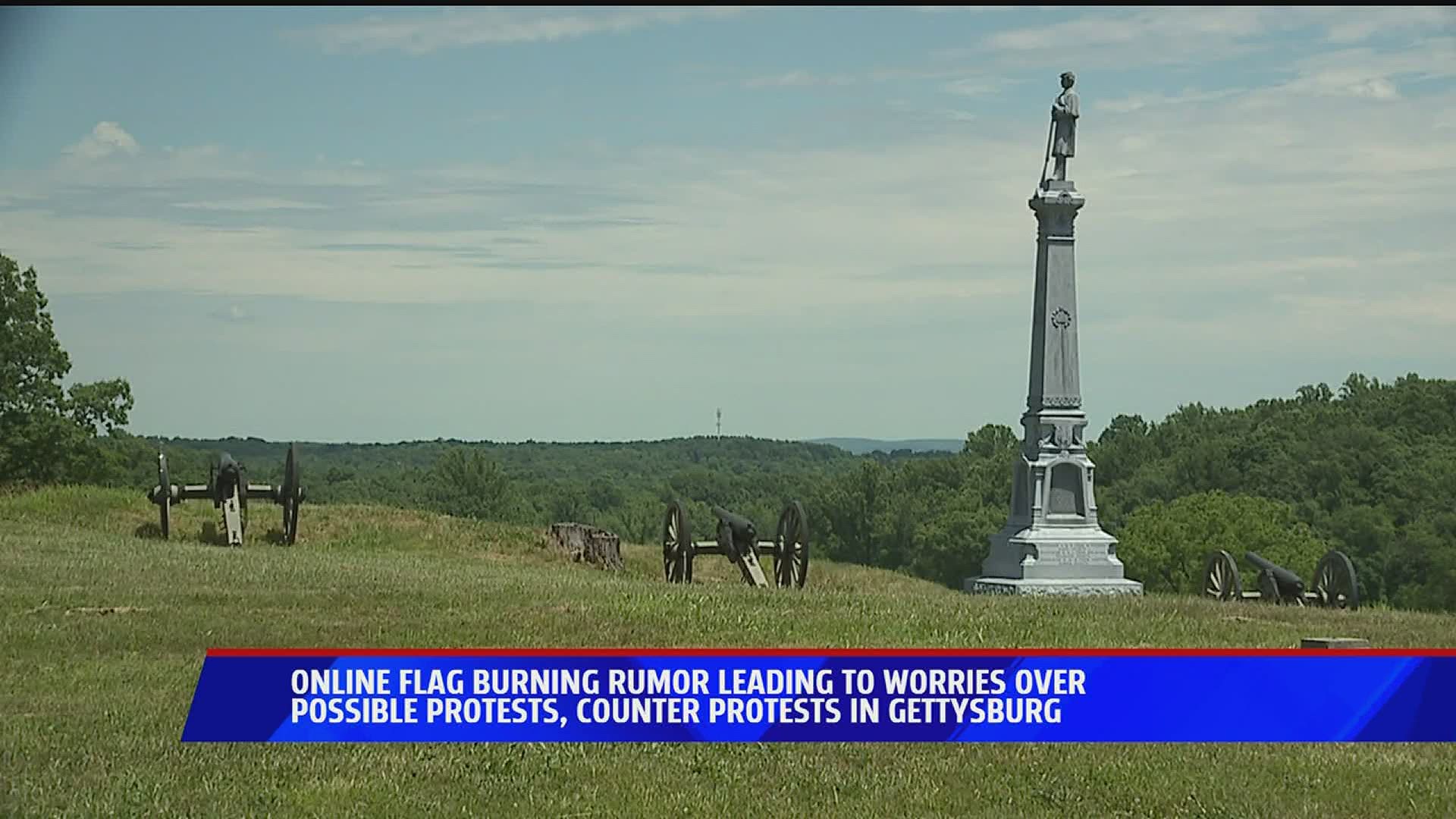 GETTYSBURG, Pa. — Law enforcement and regional public safety agencies in the Gettysburg Borough and the surrounding area said Wednesday they are aware of online posts claiming an American flag burning will take place in the Gettysburg National Cemetery on July 4.

They are also aware of rumors that counter-protestors may show up to 'protect' the flag.

"If Group A shows, Group B shows. If Group A doesn't show, Group B is still likely to show," said Jason Martz, acting public affairs officer of Gettysburg National Park.

However, Glenny and park officials stress they do not know if the online rumored events are fact or fiction.

"I can't say with 100% certainty one way or the other, that's why I'm not willing to make that comment on whether it's real or not real," said Glenny.

"That's the funny thing about rumors. We don't know. So, we're taking it seriously," said Martz.

Glenny said the Gettysburg police station has received 'dozens' of calls. But, he stressed law enforcement is aware of the situation as well as agencies on the state and federal level. He said everyone is taking appropriate measures to manage any threats to people and/or property.

"What's being reported on facebook right now is a peaceful demonstration and that's what we'd hope it would be if it materializes," said Charles Gable, Gettysburg borough manager. Gable said Gettysburg will host a fireworks show July 4th and community leaders hope people will come out to celebrate. He added, "we want people from different backgrounds to come here and appreciate the history."

Online rumors swirling of flag burnings, protests, & counter protests planned for Gettysburg July 4th weekend. But, is there any truth to the gossip? Today I'm talking to leaders across the area about how they're working to separate fact from fiction & how they're making sure they're ready for anything that may or may not happen. https://www.fox43.com/article/news/local/adams-county/gettysburg-police-say-theyre-aware-of-social-media-posts-threatening-to-burn-american-flag-at-national-cemetery-on-july-4/521-f8e09449-154c-496a-8033-b8185f7877bc

Gettysburg National Park is also welcoming visitors to the park for celebrations during the fourth of July. It has also introduced a free Virtual Tour that includes 18 videos and follows the Auto Tour that encompasses much of the July 1-3, 1863 battlefield.

The new Virtual Tour can be found on the Gettysburg National Military Park website at www.nps.gov/gett