Lt. Col. Matthew Yeingst was chosen to be chief of plans for Operation Warp Speed 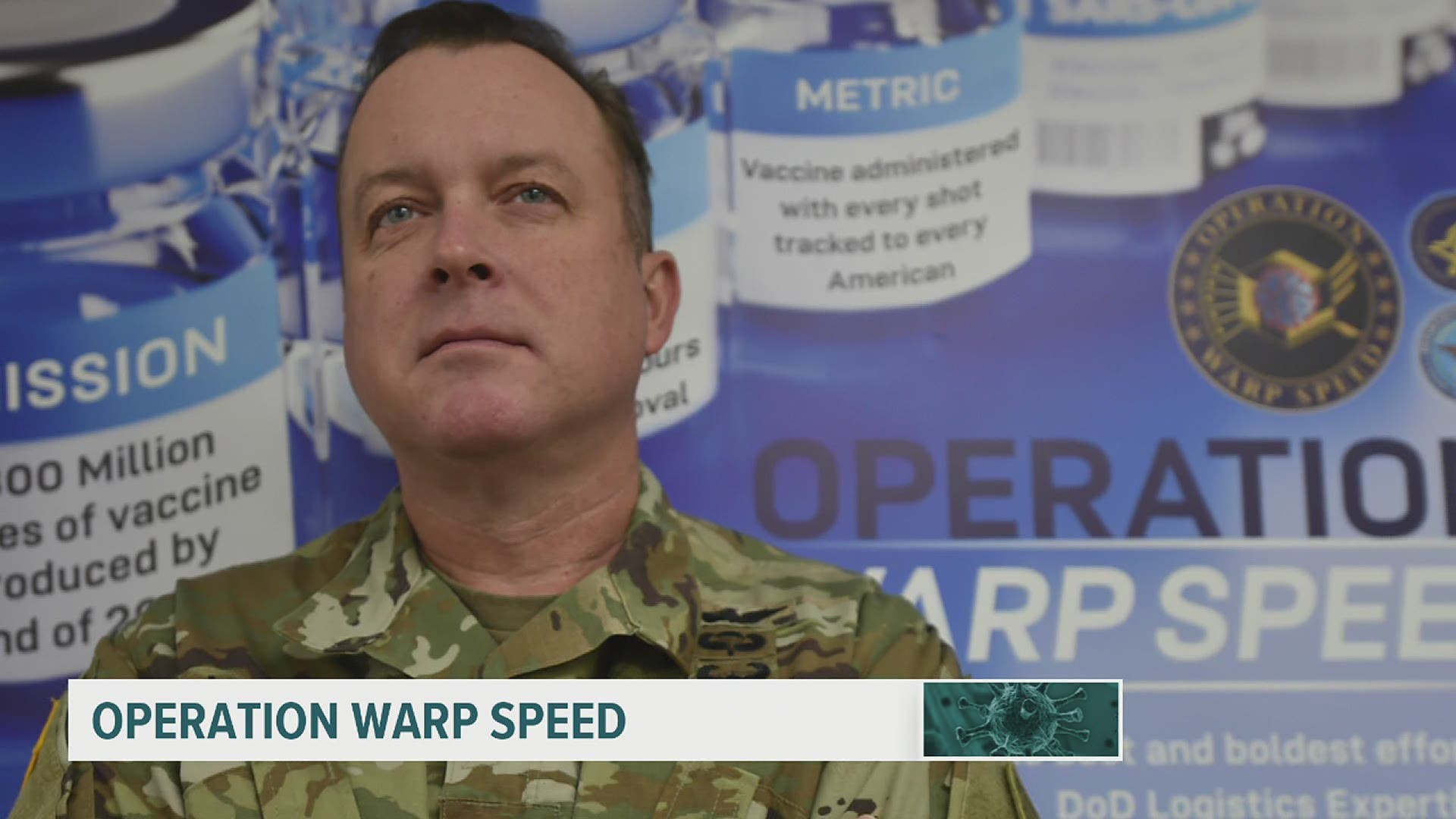 ADAMS COUNTY, Pa. — An Adams County native was chosen to be a vital member of Operation Warp Speed. It involves getting a COVID-19 vaccine developed and distributed as fast as possible.

Operation Desert Shield, ordered by President George H.W. Bush in the summer of 1990 is what made Lt. Col. Matthew Yiengst join the military many years ago.

"I decided to join the military to be part of something bigger than myself at the time as a young man," Yiengst said. "And being part of team has been something that's kept me in the army the whole time."

Yiengst was working in the Joint Artificial Intelligence Center, part of the Office of the Secretary of Defense, when he received the call for an opportunity of a life time: chief of plans for Operation Warp speed.

"I took the shot," Yiengst said.

Operation Warp Speed is a Department of Defense CDC operation to distribute 300 million vaccines to the United States.

Lt. Col. Matthew Yiengst, originally from New Oxford, was chosen to be the chief of plans for #OperationWarpSpeed. He tells me if and when the @US_FDA authorizes an emergency use, his team will move vaccine to all jurisdictions across the country within 24 hours. More on @FOX43. pic.twitter.com/IEejMrkGaJ

"I'm in charge of a small cell that does table top exercises and rehearsals," Yiengst said. "And we rehearse the distribution plan of the vaccines across the country and nation."

Surrounded by experts in their field Yiengst said he is humbled and honored to be a part of this operation, calling it a historic event.

"It's very important so we get over the pandemic as a nation," Yiengst said. "And for me personally, I call my mother at night and after we get past the point of, 'I'm so proud of you,' her question is just that, 'when are we going to see the vaccine?' And it's important for everyone to get past this."

FOX43 asked if he feels like a lot of people are counting on him.

"I try not to think about that but when you ask the question, yes. I hope so," Yiengst said. "And that's why this is humbling and that's why we work around the clock to make sure we are able to distribute the plan when we are told to do so."

We asked if there were any secrets he could let us in on. He didn't crack but he did tell us this:

"I can tell you that as soon as the FDA authorizes an emergency use, if they chose to do so, we will move vaccine to all jurisdictions within 24 hours," he said.