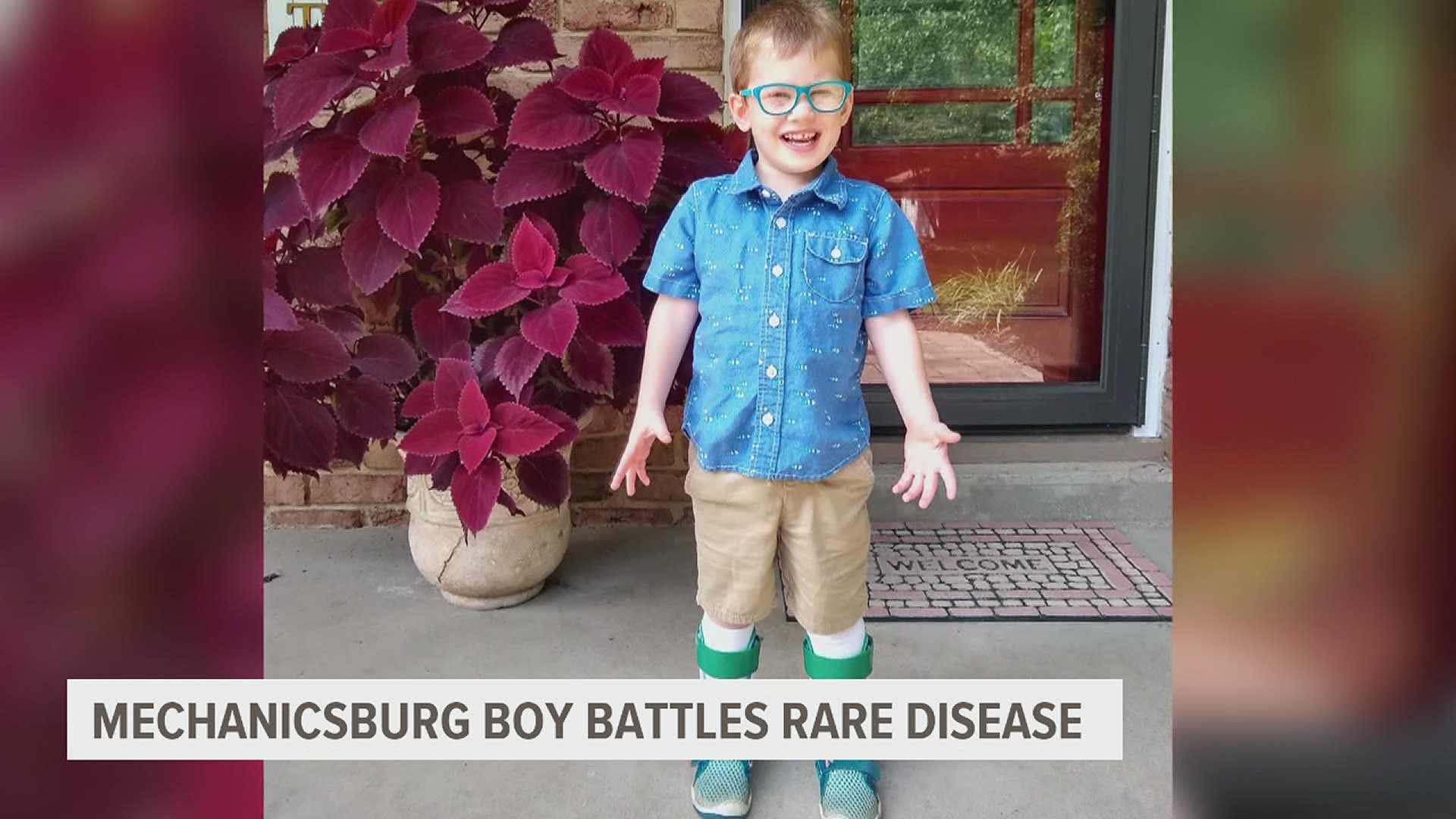 MECHANICSBURG, Pa. — A Mechanicsburg family wants to raise awareness on the everyday battles of their four year old.

Charlotte and Matt Klinepeter welcomed their first son Anderson in 2016.

The parents were overjoyed--but six months later they started to notice that something didn’t seem right.

“there were some unusual symptoms that specifically related to eye movement, not being able to bring his hands together,” said Anderson’s mom Charlotte.

When he was about two years old, Anderson had an MRI that showed Cerebral Atrophy.

“That's really what sparked our doctors to really start looking further and running some extensive testing and that’s when after two rounds of genetic testing we were able to find the diagnosis,” she said.

KAND is a spectrum disorder causing epilepsy, optic nerve and brain atrophy and other debilitating issues.

“It was at first a relief because we finally had an answer, I think for a long time we thought oh things will get better, really uncertain about how we were feeling about the whole situation,” she said.

However, not much is known about the disease from the clinical and research side.

And Anderson is one in just three hundred people across the world living with the disease.

“We’ve been able to connect with that small group of those three hundred families around the world and be able to share  our experience and hear their experience with the disease,” she said.

Anderson’s family says he struggles with his balance and keeping up with other kids his age, but they say that doesn’t stop him.

“He is a fighter, yeah he’ll fall a lot but it doesn't keep him--literally doesn’t keep him down,” they said.

Click here to learn more about this disease and how to support the cause.

A Mechanicsburg family wants to raise awareness on the everyday battles of their four year old son with @KIF1A. More on the story tonight at 10 on @fox43. pic.twitter.com/WkEBT45Uhh