A major blockage in Gwen Hollis' aortic valve not only physically limited the York County woman, it also threatened her life. 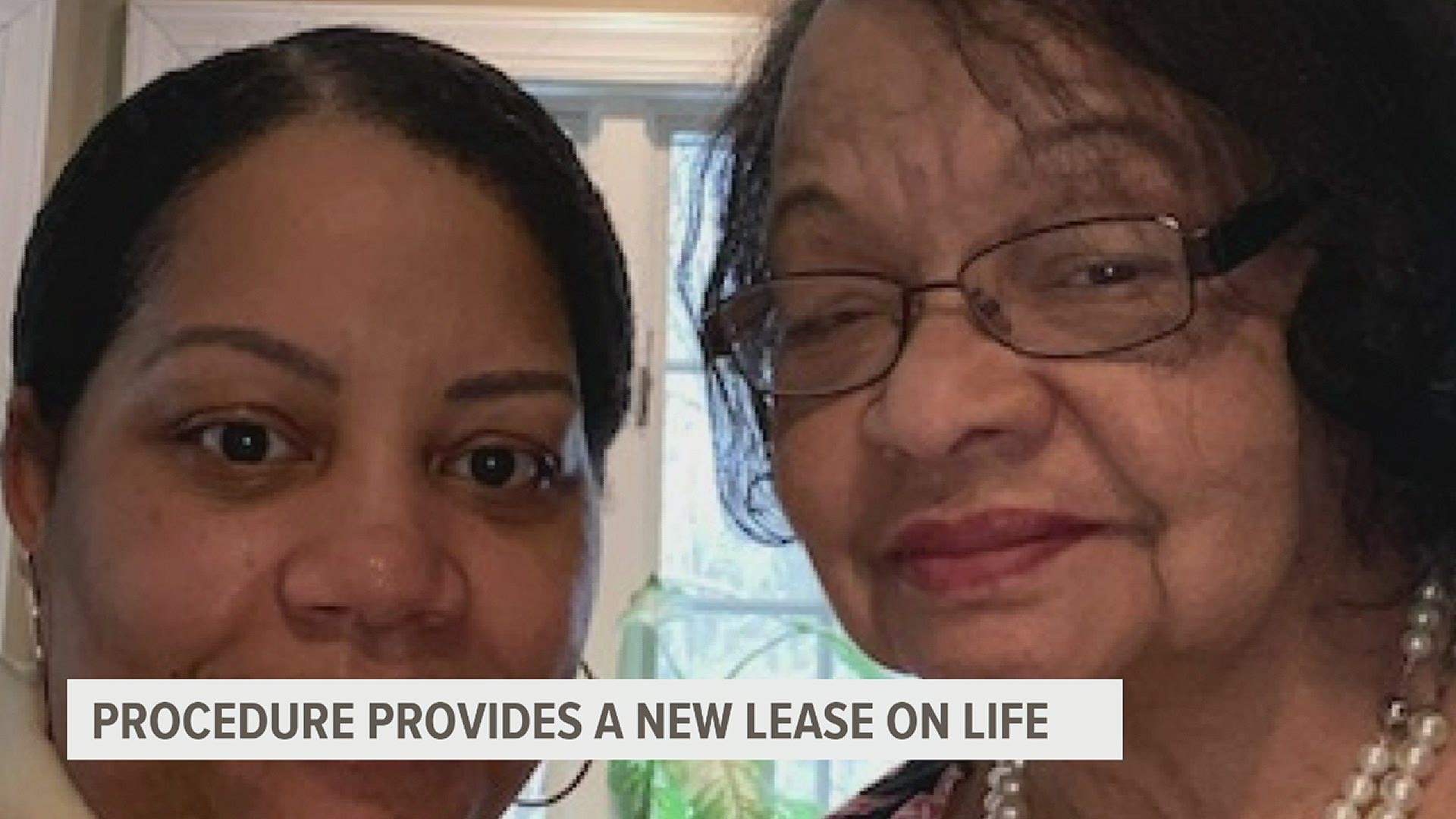 YORK COUNTY, Pa. — In time for Valentine's Day during American Heart Month, we have a story about the heart. A medical procedure involving the organ is giving a York County woman a new lease on life and some much anticipated time with her daughter.

"I would feel like passing out. I would try to go up the steps, even clean the bathroom, bending, it was just horrible. I just knew life expectancy wasn't going to be too long at the rate I was going," said Gwen Hollis of York County.

With a 99% blockage in her aortic valve, Hollis was not able to be the woman her family knew and loved so much.

"It sounds like it wasn't the life you wanted to live?" asked FOX43.

"I have a son and daughter in California, I have four in Florida, and of course Sophia here in the Maryland area. I would go place to place and spend months, and go to the next one, and I couldn't do that anymore," explained Hollis.

Not only physically limited because of the blockage but Hollis also faced a serious health threat.

"If ya don't treat that, within one to two years, one out of two people who have it won't survive so we take it really seriously," explained Dr. James Harvey, a cardiologist with WellSpan Health. "Historically, the only way to treat this was to go through the chest wall, go through the chest, stop the heart, cut out the valve, sew in a new one. It works, but you can imagine a lot can happen there."

The cardiologist is one of the physicians who discovered a new way.

"I'm lucky when I was in training I was up in Cleveland I got to be in the first round of this," he said.

He's talking about transcatheter aortic valve replacement or what the doctors call TAVR. It is an innovative and minimally invasive procedure.

"You can take a valve, a new valve and either crimp it down on a balloon, kind of like an artery stent," explained the doctor. "Or you can take a self-expanding valve, acts like a slinky, if you will, and crimp it down into a capsule, deliver it from a vessel, usually the leg vessel, the leg artery, go into the valve and open it up or expand it inside the diseased valve. What it does is it actually pushes the old valve against the wall, which becomes an anchor for the new valve. Takes us an hour to do, and immediately, when you put the new valve in, I'd be willing to bet you feel better walking out of the hospital than walking in. It's pretty remarkable."

"I thank the lord. It was scary, but God brought me through it. I give him all the credit," laughed Hollis. "And WellSpan!"

Hollis is back to traveling once again. This weekend, she's with her daughter.

"Every day is Valentine's Day with her! She's the love of my life. I just thank God, and the doctors at WellSpan for saving her life," said Sophia Hollis, her daughter.

WellSpan celebrated its 1,000th TAVR procedure in December. You can read more about that milestone here.

Previously, 25% of patients who had a TAVR procedure often required a pacemaker afterwards. However, as WellSpan cardiologists have now deployed that valve utilizing their new technique, the percentage of patients who require a pacemaker has fallen sharply into single digit percentages which is a big improvement.

WellSpan has been utilizing TAVR since 2012. The cutting-edge technology is offered to patients with severe aortic stenosis and moderate to extremely high surgical risk.

According to its website, WellSpan physicians helped with many of the pivotal research trials that brought this new therapy to approval by the US. Food and Drug Administration (FDA). WellSpan remains on the forefront of medical technology by staying involved in multiple current local, national, and international trials involving TAVR and other structural heart therapies, which enables us to offer world-class cutting-edge technology right here in York County.